I wanted to restart posting news posts in 2013, these posts are aimed at bringing you the latest book related news and anything else that I think you might find interesting. The posts will probably appear once or twice a month but I'm not planning on sticking to any kind of regular schedule, they'll always be a bit random but hopefully you'll find out something to interest you in them! 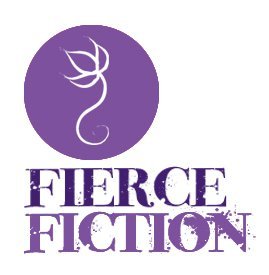 Indigo (Orion) are delighted to share the exciting news of the launch of their new dedicated YA/ crossover books Tumblr.
Follow: http://fiercefiction.tumblr.com/

The team, headed by Jen McMenemy (Orion Marketing) and Nina Douglas (Orion Publicity) are excited to be able to share new content, competitions, exclusives, news and updates from the brilliant books and authors at Orion (across the Indigo, Orion and Gollancz imprints).

We will be launching with an exciting KETCHUP CLOUDS (Annabel Pitcher, Indigo) photography based campaign featuring photos from YA bloggers and team Fierce Fiction.

While I'm on the subject of Orion make sure you check out the Gollancz website and sign up to be a Gollancz Geek for your chance to receive early copies of some of their upcoming books. Gollancz publish a fantastic range of genre fiction - everything from fantasy to scifi and everything in between so you don't want to miss out!

I'm sure you've all seen me mention the Spineless Classics range of posters before but I had to share the new additions to their range. I'm sure Beatrix Potter fans will love these new Peter Rabbit and friends posters that contain the full text of all 23 of Beatrix Potter's countryside tales. You can find the full range of posters available at the Spineless Classics website. 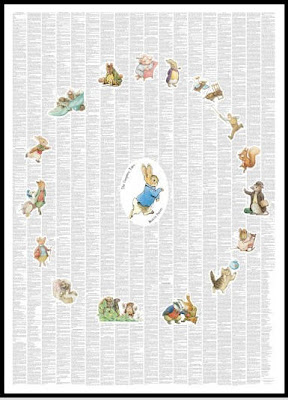 I'm a huge fan of Entangled Publishing, they have several different imprints but I haven't come across a book of theirs that I haven't enjoyed. On the 12th of February their Indulgence imprint is celebrating it's first birthday and Entangled have lots of things going on to celebrate. Check out the announcement below from Entangled to find out how you can win some fabulous prizes: 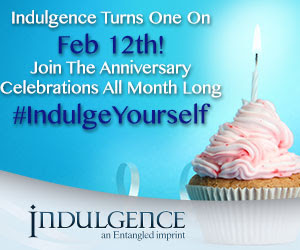 Indulgence turns ONE on February 12th!
...And we're going all out with the celebration!

We have some pretty fun events coming your way so don't miss out! Join the Indulgence Party on Facebook to talk to our authors, answer fun questions and win some pretty awesome prizes!

You can check out the schedule here!

We also have a party happening on Twitter - a party that lasts the whole month - and this could be your chance to grab all of our books!

Follow the #IndulgeYourself hashtag to join us!
From February 4th - 28th (Weekdays), between 9am to 11am EST, we'll be giving out clues relating to one Indulgence title a day on Twitter.
Figure out which book we're talking about and it's yours!

Want more details? It's all here!

On February 12th, we'll be hosting a Grand Prize Giveaway Full of Indulgent Goodies at our blog,
and these are stuff that you definitely want to get your hands on so make sure you visit!

We hope you join us!

Now for a very exciting press release from Random House for all the Lauren Kate fans out there: 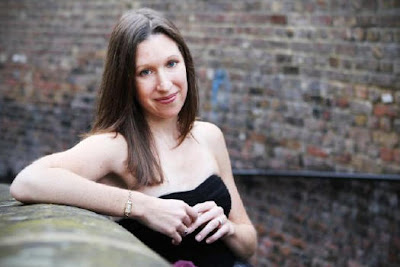 Random House Children’s Publishers have acquired a new series by Lauren Kate the author of the internationally bestselling series, Fallen. Three books were acquired in the UK by Annie Eaton and Becky Stradwick, the first; TEARDROP will be released in the UK in October 2013.

The story stars a seventeen-year old named Eureka Boudreaux whose tears possess the power to raise the lost continent of Atlantis. The TEARDROP jacket will be exclusively revealed on the Fallen Facebook page on Monday 11th February. (FACEBOOK LINK)

Since the publication of Lauren Kate’s first book, Fallen, in December 2009, the series has become a bona fide smash hit with over half a million copies sold in the UK alone. Her story of star-crossed lovers and fallen angels has captured the hearts and imaginations of readers all over the world, with rights sold in 33 countries and counting. All bestsellers in the United States, the novels of the Fallen series: Fallen, Torment, Passion and Rapture, have become international sensations, hitting No.1 slots in the UK, Australia and New Zealand.

Annie Eaton, Fiction Publisher comments “We are thrilled to be publishing Lauren’s new series, and we know that her millions of fans will be over the moon to hear that TEARDROP is on its way.”

Lauren Kate is the internationally bestselling author of The Betrayal of Natalie Hargrove and the Fallen novels: Fallen, Torment, Passion, and Rapture. She lives in Los Angeles with her husband.

Have you heard about the Books on the Underground campaign? It was started in October 2012 with the aim of handing out free books to commuters. The hope is that people will find books on the underground, read them, enjoy them and then put them back for someone else to discover and I think it sounds like such a fun idea! You can find out all about how it works on the Books on the Underground tumblr page and you can even request stickers if you'd like to send out some of your old books to join the adventure. (Image linked from the Books on the Underground Tumblr page)

With Valentine’s Day fast approaching, never has there been a better time to spread some much needed amore around the capital. With this in mind, Books on the Underground is launching a rather special ‘Love on the Underground’ campaign from 7th February, to ignite commuters’ imaginations with free romance novels, courtesy of Mills & Boon.

Launched in October 2012, Books on the Underground acts as a commuter library, by distributing a collection of literary reads on the tubes for passengers to borrow and enjoy for free, then asking them to put them back to share with others.

Mills & Boon, with over a century’s experience in publishing the very best in romance fiction globally, has long been established as a hallmark for creating mind-blowing love stories. To help romance passengers this Valentine’s Day, Mills & Boon has donated 100 novels for the Love on the Underground campaign, to be distributed on the busiest lines including the Central, Piccadilly and the Northern lines, to get hearts racing.

Mills & Boon will showcase a number of books from its hugely successful contemporary, Modern, Medical and Historical series, as well as 30 exclusive copies of the recently launched ‘The Trouble with Valentine’s’ by Kelly Hunter'. Perfect for fans of Sex and the City, Carmen Reid, Louise Bagshawe and Jo Carnegie, The Trouble with Valentine’s is a fun, edgy, and sexy contemporary novel, filled with cool characters, jet-set lifestyles and sassy romance.

To find Love on the Underground and be kept up-to-date with who’s reading and reviewing them, follow @MillsandBoon and @BooksUndergrnd on Twitter and be sure to tweet a picture of any book you borrow with the hashtag ‘#loveontheunderground’ from 7th until 17th February.

Well that ended up being a much longer post than I had planned so as a treat for making it to the end of the post here is the latest Simon's Cat video to hopefully make you smile!