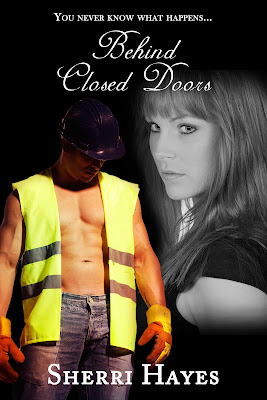 Elizabeth Marshall spent the last nine years doing all the things she was supposed to do. She went to a good college. Married a man with a promising future. Elizabeth even had a nice house in a respectable part of town. There was even the promise of 2.4 kids in her future. From the outside everything looked picture perfect.

Then one night, the world she lived in came crashing down. Six months later with her husband dead and her friends gone, Elizabeth moves to the small town of Springfield, Ohio to start a new life where no one knows who she is or about her past.

Christopher Daniels enjoys the simplicity of his bachelor life. After his divorce three years ago, he swore off women. He has no desire to change that philosophy.

When Elizabeth Marshall moves into the apartment below his in the small Victorian house, she makes him reconsider the motto he’s lived by for the last three years: women are trouble. She is everything his ex-wife is not, and it doesn’t help that she is his fantasy come to life.

He is determined to resist her charms; however, when someone sends threatening messages to Elizabeth, he finds himself in the role of protector. Can he protect Elizabeth and still resist the pull she has on his body and his heart?

Review:
It's no secret that I'm a huge fan of Sherri Hayes' Finding Anna series so while I'm waiting for the third book to be published I jumped at the chance of making a start on some of Sherri's back list. The Daniels Brothers series is completely different to the Finding Anna books, they are contemporary romance with a side of mystery while the Finding Anna books are darker and touch on difficult subjects like abuse and slavery, but that doesn't mean I didn't enjoy Behind Closed Doors because I really did. This book is a great start to the series and introduces us to 4 sexy brothers who I'm very happy to say will each get their own book eventually, Chris may be the hero of this story but I can't wait to see more of Paul, Trent and Gage!

Chris has a very jaded outlook when it comes to women and romance, the fact that his ex-wife spent years cheating on him before he finally threw her out has left him convinced that relationships are more trouble than they are worth. Instead he has turned his energies to his company, spending long hours building his business into something he can feel proud of. It is only when Elizabeth moves into the apartment below him that he finds himself attracted to someone for the first time since his divorce 3 years ago but Chris doesn't want the added complication of having a woman in his life and is determined to keep away from her as much as possible. When Elizabeth starts receiving threats Chris' protective instincts kick in and he realises he would do anything to keep her safe, but can they figure out who her enemy is before things escalate and someone is seriously hurt?

Elizabeth spent years living what appeared to be the perfect wife, she had a wealthy husband, a nice house and was free to spend her time shopping with friends. What people didn't realise was that the perfect marriage was actually anything but and her husband was abusive which meant Elizabeth spent most of her time terrified of what he would do next. Her life came crashing down around her ears six months ago and now all Elizabeth wants is to find somewhere quiet to lick her wounds and recover in peace. Moving into the apartment below Chris is supposed to give her a new start away from anyone who knows her but when the threats start she begins to wonder if someone from the past has managed to track her down.

I loved both of these characters, Elizabeth has suffered so much and it has understandably made her nervous of others, men in particular, but she has never given in. She desperately wants to build a home for herself and make new friends and she sets out to do just that. She doesn't like to talk about the past but when it becomes clear that she needs help she isn't afraid to ask for it and you have to respect her for that. She is drawn to Chris immediately but she is skittish and wary around him, something that isn't helped by his constantly changing moods around her. Chris himself is a great guy, he cares about his family and friends but isn't interested in getting involved with a woman again and you can't really blame him after the way his ex-wife treated him. The attraction he feels for Elizabeth is more intense than anything he has ever felt before but that just frightens him and makes him push harder against the idea of letting her close. I found it really amusing watching him try to fight his feelings but thankfully it didn't take him too long to give in. The chemistry between them was great but there was also genuine friendship and I loved watching them get to know each other.

Behind Closed Doors is a great romance but I also really enjoyed the mystery of who was trying to cause trouble for Elizabeth. I'll admit that I had guessed who was behind everything but I wasn't sure until right near the end and I hadn't figured out the full reasons for why they were doing it. I loved the family dynamics between Chris and his brothers, they liked to tease each other but they obviously had each others backs and will always be there for each other. The way they stepped up to help Chris protect Elizabeth was really sweet to see, the whole family rallied around for her and it was something she really wasn't sure how to deal with. I'm really looking forward to reading all of the brother's stories, I have a feeling that Paul's will be a particular heart breaker but I know I'm going to fall for them all. Gage's story is up next and I can't wait to get started!

Source: Received from The Writer's Coffee Shop in exchange for an honest review