Review: Invisible - Jeff Erno (A Free Short Story I Think EVERYONE Should Read) 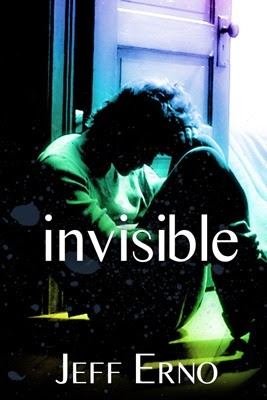 Chase Devereaux is a fifteen year old boy under a great deal of stress. He has to give a speech today for his Oral Communications class, and he's terrified of public speaking. Worse yet, he's being bullied by one of the most popular kids at school. He just has to make it through his third-hour gym class and then give his speech, and everything will be all right. The events about to transpire, however, may make this what proves to be the worst day of his life.

This short story can be read online for free on Jeff Erno's website here, it can also be downloaded in several different ebook formats from the Goodreads Page here.

I also found out that Invisible is included in a collection of short stories published by Jeff Erno called Bullied. I haven't read the collection yet but I have definitely added it to my wish list.

My review of Invisible:
I don't often review short stories on my blog but I have to make an exception for Invisible by Jeff Erno. Bullying is an issue that will always be close to my heart, it effects thousands of teens every single day and as someone who went through it myself I know just how hard it is to have a target painted on your back and feel like everyone is against you. Any story that can raise awareness of the problem and perhaps get a bully to think twice before they act is a good thing and Invisible does and excellent job of that.

Invisible may focus on a teen who is being bullied for his sexuality but the feelings he describes are exactly the same for anyone who is suffering from bullying and I think most people will be able to relate to Chase's story. I'll tell you right now that this 14 page story broke my heart, I have never, ever, had such a strong reaction to such a short piece of writing and by the time I finished I found myself sobbing like a baby! I'm not going to give spoilers by telling you much more but I will say that a lot of those tears were happy ones. I don't want to give the impression that this is a depressing read because although it tackles a very difficult subject it leaves you with a sense of hope at the end.

Jeff Erno's writing is powerful and thought provoking. It raises the very valid point that if you sit back and watch the bullies at work without doing anything to stop them then you are just encouraging them to continue. Unless someone speaks up their behaviour will carry on and in all likelihood escalate. We all need to take a stand against any form of abuse, standing by and ignoring it is just not acceptable.

Bullying isn't an issue that goes away when you leave school, I know my experiences still have an impact on the way I see myself and I'm sure I'm not in the minority there. I also think that most adults will have come across some form of bullying since they left school - be it in the workplace, at their local pub or anywhere else that groups of people spend a lot of time together. Hell, we see it all the time in online communities too - just because people are sitting behind a computer screen they feel it is acceptable to victimise others!

I've included the blurb for Bullied below in case anyone is interested in finding out more about the short story collection. 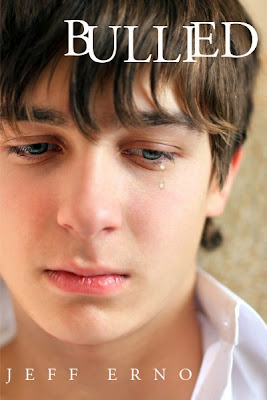 Every day, all over the country, teenagers struggle with the realities of bullying. Tormented, ridiculed, and beaten—simply for being who they are—these teens face alienation, humiliation, and even the explicit assertion that they have somehow brought this upon themselves, that they should just blend in. Bullied is a series of short stories exploring the world of these teens from several different viewpoints: the victim, the bully, the gay bystander, the straight friend, the concerned parent.

Closeted Bryan wonders why Christian Michaelson doesn't just try to blend in if he hates being bullied so much. Star athlete David isn't a homophobe—after all, he's not afraid of anything. Jonathan, a Christian fundamentalist, must weigh the Bible against peer pressure and what he knows is right when he discovers his childhood friend is gay. Bully victim Chase Devereaux finds an unexpected ally in a brave fellow student. A single mom struggles to accept the reality that her only son is gay. Two tough gay teens are forced to confront their own inner demons when tragedy befalls a classmate they failed to help. And overweight Kirby finds the strength of character to make a friend, which leads to a lifestyle change and a chance at love. Each character grows as an individual as he or she comes to terms with what it means to be a gay teenager in America.
at 18:00