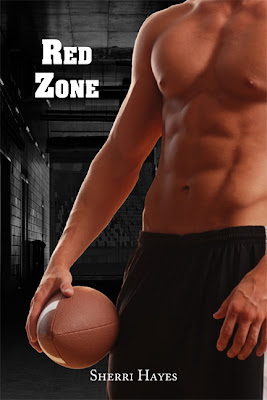 After a case ended badly for Rebecca Carson, she’s losing her mind sitting around her apartment waiting on her superiors to allow her to return to work. Since she was a teenager, the only thing she’d ever wanted was to join the FBI. Now that dream was in danger.

Gage Daniels has made a pretty good life for himself. A nice house. A career he loves. As a professional football player, he’s used to getting almost everything he’d ever want with just the snap of his fingers. This includes women. A well-timed smile is usually all it takes to attract the opposite sex, especially in Nashville.

When a stalker threatens Gage, the team owner calls an old friend, Rebecca’s ex-partner Travis Hansen, to help protect his star quarterback and find the person responsible. Hansen offers Rebecca the job, and she jumps at the chance. It’s work, and it will get her out of her apartment. How bad can it be?

Posing as Gage’s girlfriend, however, isn’t as easy as it seems. The man is relentless. Rebecca must work to protect Gage while staving off his advances. She’s there to do a job, nothing more. The last thing she wants is to be another notch on a hotshot athlete’s belt.

As the stalker continues to up the ante, Rebecca finds it harder and harder to keep her distance from Nashville’s star quarterback. He isn’t what she expected in one of the city’s most notorious playboys. Now all she has to do is keep him safe until they can find his stalker, and hope she doesn’t lose her heart in the process.

Review:
Professional footballer Gage Daniels has a bit of a reputation as a ladies man, he works hard but plays hard too and when beautiful women are constantly throwing themselves at him he isn't about to say no. He has had a stalker for months but he never really thought much of it until they changed the game plan and started acting on their threats. Now his football team owner has decided enough is enough and has hired a PI to protect Gage and track down the stalker. Rebecca is an FBI Agent but after her last case ended badly she has been signed off work. Sitting around at home is driving her insane so when her ex-partner asks for help tracking down Gage's stalker she is grateful for something to do. What she didn't realise was that her cover would be posing as Gage's girlfriend and she isn't prepared for the emotions that brings out in her. Gage is the kind of guy who is used to getting what he wants and it doesn't take him long to set his sights on Rebecca. Rebecca is determined to keep a professional distance between them but when they have to pretend to be a couple in public it doesn't take long before the lines start to blur. Can they track down the stalker before one of them loses their heart?

Gage is the youngest of the Daniels brothers and I liked him immediately when we met him in Behind Closed Doors. He loves playing football and works hard to be the best at what he does, he is also a great looking guy so it is no surprise that he can have pretty much any woman he wants. Gage is definitely cocky, he knows how good he is and isn't about to hide that, but he isn't arrogant with it so I loved him. He is the kind of guy that gives 100% to whatever he is doing whether that is working, having fun or his new favourite pastime - toying with his uptight new FBI bodyguard! Rebecca couldn't be more different to Gage if she tried, she is tense and scared to let anyone close to her and the last thing she wants is to become another in a long line of women that Gage has taken to bed. It doesn't take long for her feelings towards him to change though, he infuriates her and pushes her buttons but she can't deny how attracted she is to him. She thinks that it might be best to have a fling with him and get it out of her system but Gage isn't going to be quite so easy to shake off. Once he has seen inside the barriers that Rebecca uses to keep the world out Gage knows he can't let her go.

The couple have great chemistry and I loved watching Gage work his way under Rebecca's skin. He certainly knows what he wants and isn't afraid to fight for it but Rebecca isn't going to be one of his usual easy conquests. It takes a lot of effort to knock down her barriers and Rebecca is doing her best to constantly rebuild them but that just makes Gage all the more determined. I have to admit I found myself getting a little irritated with Rebecca at times, I couldn't understand why she was trying so hard to keep Gage at a distance and I was almost shouting at her to just relax a bit and see where things could take them. I think because we didn't have a great deal of information about what had gone wrong on her last case or about her family history it was hard to see why she kept herself so tightly locked up but once we started to find out a little more about her background it was easier to understand where she was coming from.

I loved getting the chance to catch up with Chris and Elizabeth and see how they are doing now, the story picks up straight after their book ends and spans a period of several months so things have moved forward a little for the couple. I do think you could probably read this as a stand alone without giving away too much about the first book (after all what romance do you know of where the couple don't get together in the end?) but I would recommend reading the books in order just because of how great it is to get to know the entire Daniels family. In Red Zone we get to spend thanksgiving with the entire Daniels clan which was something I really enjoyed, I just love the banter between the brothers and the way they all have each others backs. I'm excited to read Paul and Trent's stories in the future, especially since I'm pretty sure we've already met the woman who is going to steal Paul's heart!

I enjoyed the mystery of who was Gage's stalker and trying to figure out what their reasons were. I have to admit I'd guessed who was behind everything fairly early on but I still didn't understand what they were trying to achieve or why they were doing it. Although both of the books in this series have had mysteries going on in the background I'd say that these books are much more about the romance and the mystery comes second, that isn't a bad thing but it is nice to know upfront where the focus lies. Red Zone is another great instalment to this series and has helped cement Sherri Hayes' place on my favourite authors list. If you enjoy romance with a darker feel to it then I'd definitely recommend her Finding Anna series but anyone who likes a sweet, sexy, contemporary romance will love the Daniels brothers.