Are you ready for a high-heat adventure?
One click the Venus Rising Box Set by Golden Angel ... it's OUT NOW! 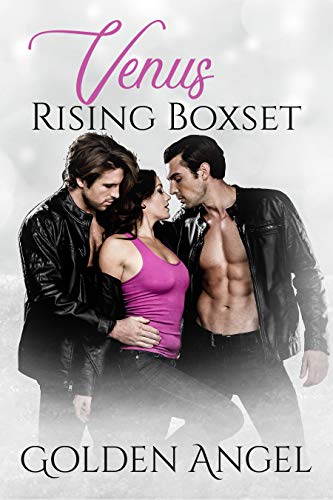 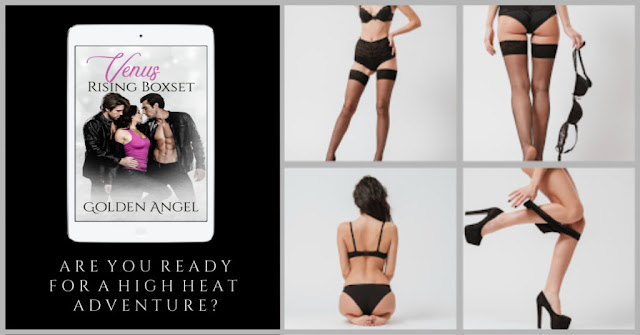 All four books of the Venus Rising Quartet and the final chapter in the saga - Venus Wedding!

Venus School - Eager to learn more about herself, Jessica enrolls at the Venus School... but when she discovers just how attracted she is to two of her instructors, she's becomes less interested in the pleasure-centered program and more interested in fulfilling her fantasies with the two men.

Venus Aspiring - After graduating from the Venus School, Jessica returns home only to find that her instructors are closer than she thought. Even though both men are willing to fight for Jessica, she's not ready to choose one over the other... but she can't have both of them, can she?

Venus Desiring - Jessica, Justin, and Chris are ready to take their relationship to the next level, but the painful rejection of Jessica's family is keeping her from fully investing in the relationship. Meanwhile, Jessica's best friend Hilary has become entangled with Justin and Chris' friend Liam, but the path to love is never easy even as a couple.

Venus Transcendent - Jessica is determined to face her family and choose her own happiness, but as the trio approaches their future more united than ever, it's Liam and Hilary who begin to falter. Can a Happily-Ever-After be in the cards for all of them?

Venus Wedding - It's the wedding of the season! But one of the guests arrives with ulterior motives - will Jessica, Chris, and Justin's triad be undermined just before they finally get everything they ever wanted?

Editor’s note: The Venus Rising series is a high-heat romantic adventure that contains elements of MF, MFM, and other extremely mature themes. Proceed with caution (or excitement, whichever)! 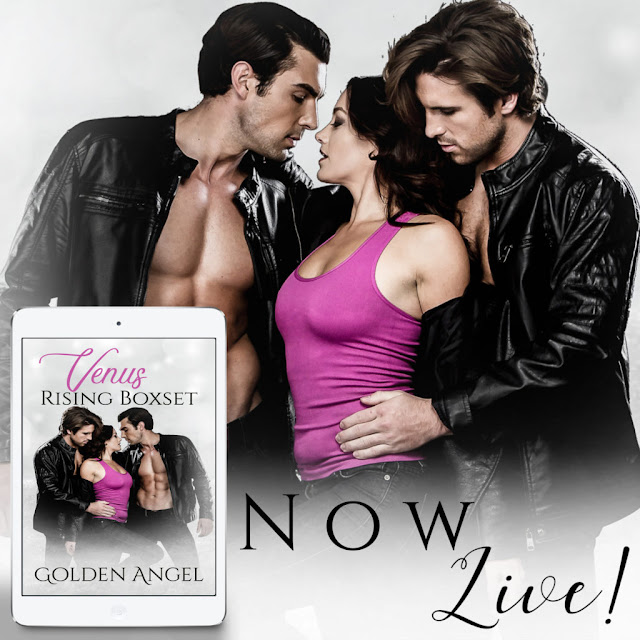 Angel is a self-described bibliophile with a "kinky" bent who loves to write stories for the characters in her head. If she didn't get them out, she's pretty sure she'd go just a little crazy.

She is happily married, old enough to know better but still too young to care, and a big fan of happily-ever-afters, strong heroes and heroines, and sizzling chemistry.

She believes the world is a better place when there's a little magic in it. 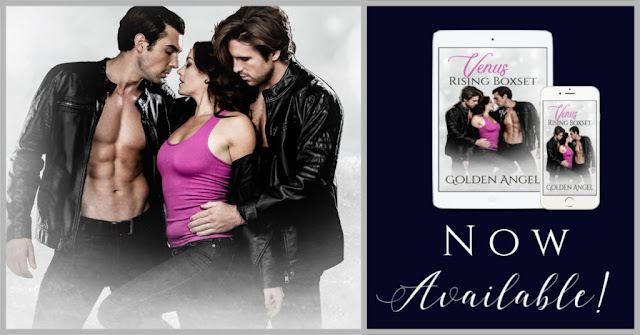