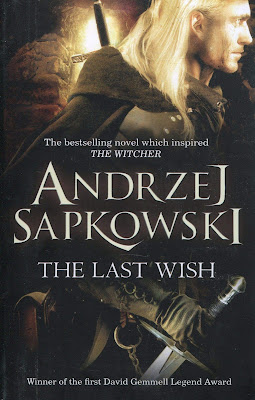 Geralt the Witcher — revered and hated — holds the line against the monsters plaguing humanity in this collection of adventures in the NYT bestselling series that inspired the blockbuster video games.

Geralt is a Witcher, a man whose magic powers, enhanced by long training and a mysterious elixir, have made him a brilliant fighter and a merciless assassin. Yet he is no ordinary murderer: his targets are the multifarious monsters and vile fiends that ravage the land and attack the innocent.

Review:
I'm going to preface this review by saying I was really unwell when I read this book and that may have affected my opinion of it. It took me much longer to read than it should have done and there were parts I listened to multiple times because my brain was too fuzzy to properly pay attention so it's very possible that I missed major details and that's why I didn't fully connect to the story.

I didn't know much about the Witcher series before I went into this book, I knew my brother was obsessed with the games when he was younger (but I'd never played them myself) and I also knew that it was being made into a series by Netflix (which was the main reason I wanted to read it, I mean come on, did you see the pictures of Henry Cavill as Geralt?!). Apart from that, and the fact it was high fantasy, I didn't know what else to expect so I was somewhat surprised when I realised that The Last Wish is actually a collection of short stories rather than a full length novel. I usually find short stories work better as an addition to series I'm already familiar with rather than an introduction to a new world but it was actually pretty well done in this case and allowed us to find out a decent amount about Geralt's background and some of the main characters I assume we'll see throughout the series. 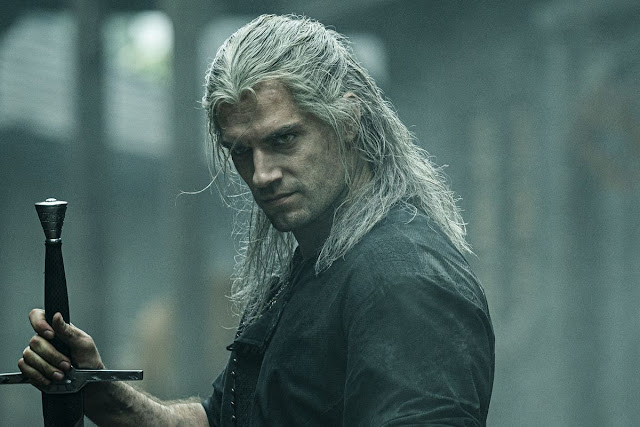 The book starts with Geralt getting injured in a fight, he is taken to a temple to recover and while there he proceeds to recount stories of some of the other monsters he's come across over the years. These stories are interspersed with short updates on his recovery and what is happening in the current timeline. I really liked the huge variety of different monsters that are included, everything from vampires and werewolves through to djinn and gnomes. I loved that we get so many hints of familiar fairytales included in the stories, it makes the world feel familiar and I was always trying to guess what fairytale creature would pop up next.

As a Witcher Geralt has trained both physically and mentally to protect humans from monsters, even going so far as taking a potion that makes him not quite human himself and gives him extra speed, strength and healing abilities. Witchers provide an important service but it isn't always appreciated so he's always a little on the outside looking in no matter how far he travels. I'm really curious to find out more about Geralt but I don't feel like I know him that well yet and that made it a little harder to connect with the story. While there was a lot I enjoyed about the book I don't think I've been fully sucked into this world yet. My friends have assured me that I can start the TV series now though so I'm looking forward to that and I'm hoping I'll enjoy it so much that it'll make me want to continue reading the books.