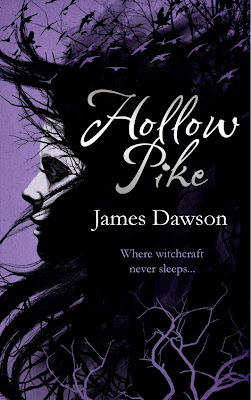 A killer is out there, and the birds see everything...

Lis London is hoping for a fresh start when she arrives in the sleepy village of Hollow Pike.

But nothing here is as it seems... and a killer stalks the night.

Something wicked this way comes...

She thought she'd be safe in the country, but you can't escape your own nightmares, and Lis London dreams repeatedly that someone is trying to kill her.

Not until you're alone in the woods, after dark - and a twig snaps...

Review:
Lis has moved to live with her sister Sarah to get away from the bullies who were making her life a misery.  All she wants is a fresh start somewhere that she will be accepted for who she is and where she won't be tormented daily.  When she is befriended by the popular crowd on her first day it looks like she has found what she always dreamt of but the more she gets to know Laura and her crowd of groupies the less she likes what she sees.  Is is really worth being part of Laura's gang if it is at the expense of others?  Getting to know the school outcasts Kitty, Delilah and Jack she starts to question everything.  Then after a prank goes wrong and Laura's body is discovered in the woods Lis finds herself in more danger than she could ever have imagined.

I have been waiting to get my hands on Hollow Pike since the cover was revealed at the Orion Indigo event last year - it was one of my most anticipated novels of 2012!  I fell in love with the cover but it was James Dawson's atmospheric writing that really pulled me into the story and kept me turning the pages.

The story is actually less about the supernatural than I expected it to be but that isn't a negative - it just surprised me.  The focus is more on the effects of bullying which is such an important subject and made for a really interesting story.  As someone who suffered from constant teasing throughout school this is the kind of book I wish I'd had access to as a teen.  Even as an adult I connected with Lis, I was reminded of just how I felt at school and I had the satisfaction of seeing Lis stand up for herself in a way I only wish I could have done myself!  If you know a teen who is suffering from bullying you should buy them this book immediately.  In fact I think you should buy it for any teen as it will hopefully make them think about their actions before they become a bully themselves.  I really enjoyed watching Lis trying to find a place for herself in her new school, she slowly starts to realise that in order to be happy you have to be true to yourself no matter what anyone else thinks of you.

Alongside the themes of bullying you also have a creepy and chilling murder mystery to solve.  The descriptions of the woods, the mysterious birds that seem to be following Lis and the nightmares that are haunting her all created a spooky feel to the story that had me on the edge of my seat.  Hollow Pike is a great debut and I'm looking forward to seeing what James Dawson comes up with next.