I'm a massive fan of Sarah Alderson so I'm thrilled to be taking part in the blog tour to celebrate the release of her newest novel Out of Control. I was lucky enough to get an early copy of the book so I've already had the chance to read it (my review will be posted later today) and trust me it's just as fantastic as all of Sarah's other novels!

I have a fabulous guest post from Sarah to share with you today where she talks about what made her want to include the topic of human trafficking in her story. The main character isn't a victim of human trafficking herself but her father is part of a task force trying to put a stop to it and Liva gets caught up in the crossfire. 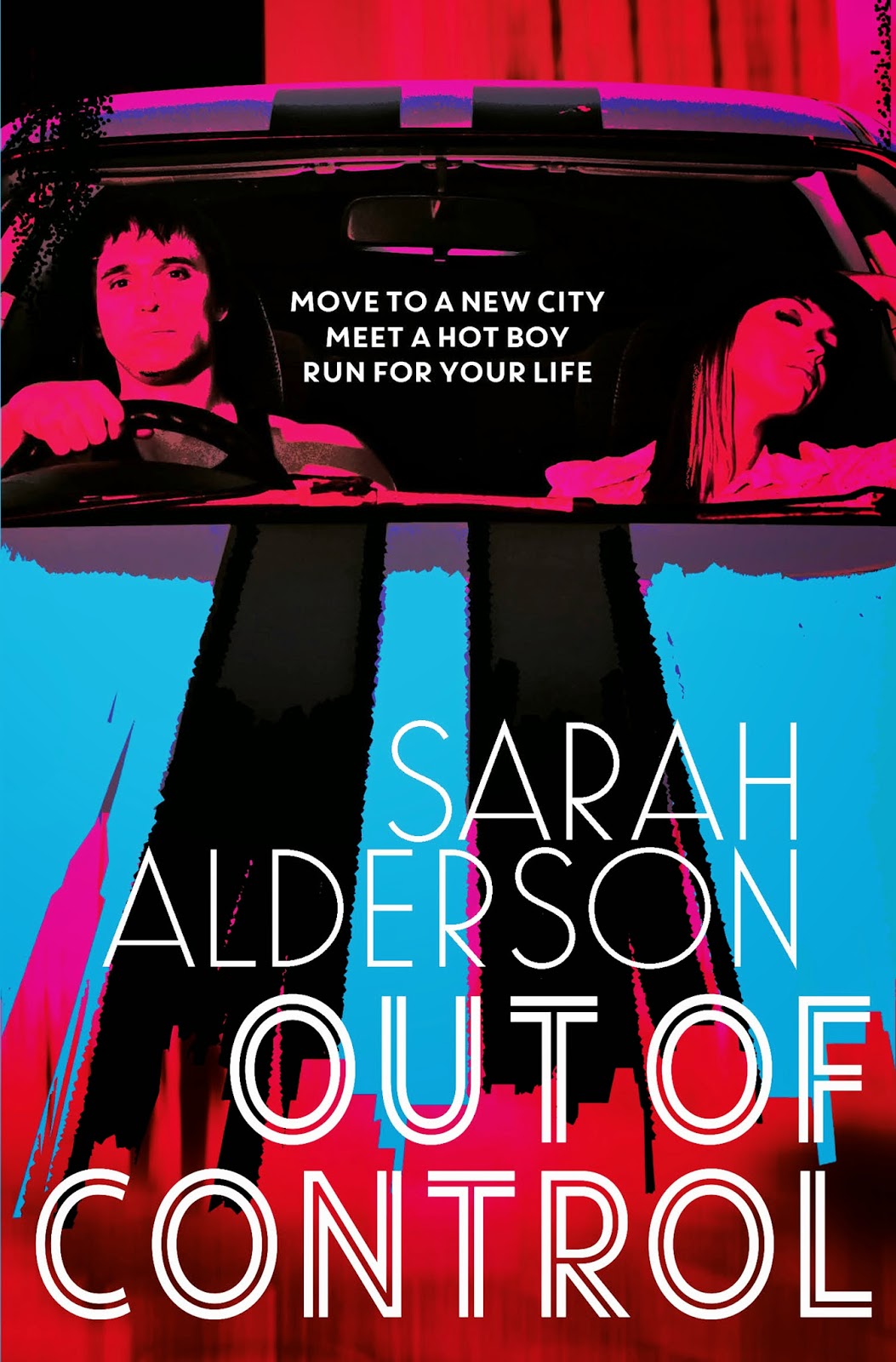 About the book:
She's not a witness - she's a target!

An onlooker to a brutal murder, Liva is taken into police protection. But the police station is attacked and bullets start flying - and it's Liva in the gunmen's sights.

With a car thief called Jay, Liva escapes the massacre. Alone in New York, they are desperate to outrun and outwit two killers who will stop at nothing to find them.

When you live on the edge, there's a long way to fall. 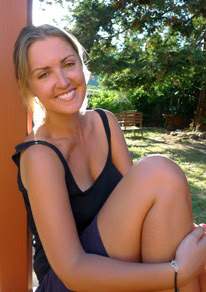 About the author:
Having spent most of her life in London, Sarah quit her job in the non profit sector in 2009 and took off on a round the world trip with her husband and tutu-wearing daughter on a mission to find a new place to call home. After almost a year spent wandering around India, Singapore, Australia and the US, they settled in Bali where Sarah now spends her days writing and trying to machete open coconuts without severing a limb.

She finished her first novel Hunting Lila just before they left the UK, wrote the sequel, Losing Lila, on the beach in India, and had signed a two book deal with Simon & Schuster by the time they reached Bali.

Since then she has published a further four novels and several short stories. The contemporary thriller The Sound, will be published in the US in May 2014, while Out of Control, a thriller with a focus on human trafficking, will also be released in May in the UK.

As well as Young Adult fiction, Sarah writes New Adult fiction for Pan Macmillan under the pen name Mila Gray. Her first novel Come Back To Me will be out in summer 2014.

Sarah has co-written the Hunting Lila screenplay and is working on several other books and screenplays (multi-tasking is one of her favorite things).

About two years ago I was at a birthday party and someone who knew I was a writer came up to me and told me that I needed to write a book about slavery and human trafficking. She worked for the UN and was particularly passionate about this issue having seen first hand the impact that modern day slavery has.

I had read a few books – both non-fiction and fictionalized accounts – of victims of human trafficking and it was a topic I too felt very strongly about though to be honest I also had decided I couldn’t read another book on the topic as it was just too harrowing.

At first I nodded politely and told the woman I’d think about it but in reality I discounted the idea of writing a book on the topic because I didn’t think I had any authority. I wasn’t a victim. I hadn’t worked in the field. I’m known for writing fast-paced thrillers with heaps of romance so I didn’t feel it would be the right topic to tackle.

But then I thought on it some more and decided that actually I had the perfect platform to introduce the issue. I realized I could still write a romantic thriller with lots of action and great characters but that I could also include a powerful message for my readers, who might not ever normally pick up a book on the topic.

Out of Control is a novel about a 17 year old girl called Liva who goes on the run in New York with a car thief called Jay. Her father is the head of a government taskforce looking at tackling gang-related trafficking (this is actually a real taskforce). He also owns a private security firm so Liva has grown up around bodyguards and is pretty kick-ass in her own right.

The story isn’t about a victim of trafficking. I couldn’t do that story justice. But I hope that people read the book and think ‘wow, that was an awesome exhilarating unputtdownable read,’ and then say ‘wow, I want to do something to help tackle this.’

Over 30 million people are enslaved today. Think about that number. It’s almost unfathomable. Yet it’s the sad reality of the world in which we live. Living in Asia has given me a much greater insight into how much poverty there is in the world and how many people are at risk of exploitation.

Human trafficking is the second-largest criminal industry in the world. From prostitution to forced labour to sweat shop workers, slavery takes many forms. It’s very hard to fight, yet if every person were to add their voice to the campaigns to stop modern-day slavery, there is hope that together we could make a difference to many people’s lives and bring about an end to it.

For more information on the issue check out any of these great websites which are full of resources on how to run campaigns or fundraise:

Thanks for a fabulous post Sarah! It really is terrifying when you sit down and think about how many lives are effected by human trafficking. Thanks for including the sites for more information too, I'm definitely going to check them all out and see what I can do to help.

Make sure you check out the rest of the stops on the Out of Control blog tour, you can find the details in the banner below: 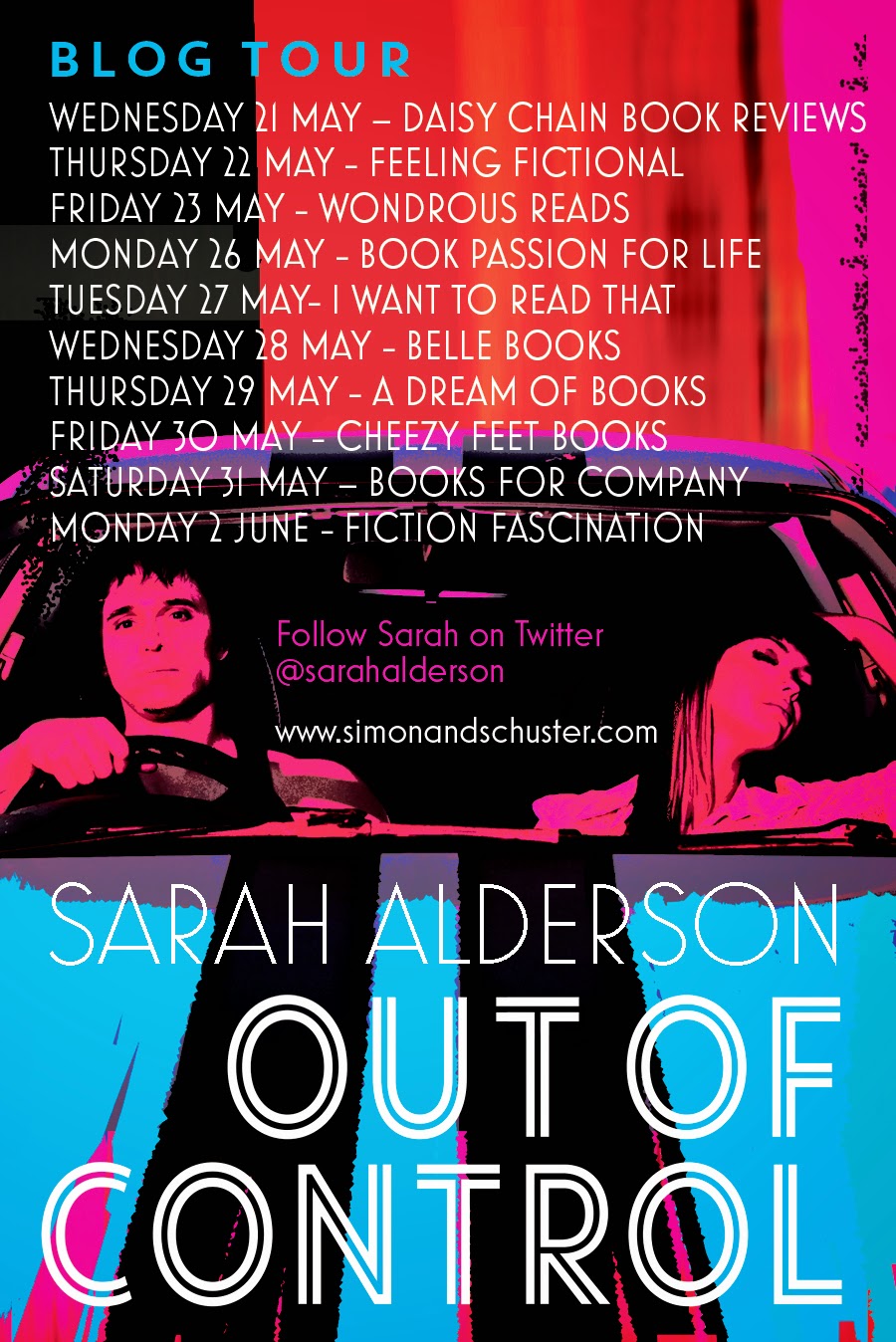