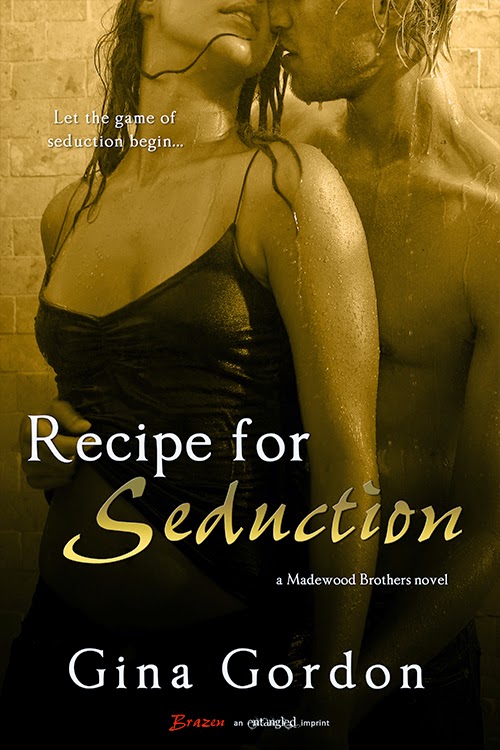 Veronica Whitfield feels like a frumpy old maid. After ten years of raising her younger siblings, she’s desperate to get her sexy back. And why not find it with the man she’s been in lust with since she was twelve years old—her brother’s best friend, Finn O’Reilly?

Finn is looking for love. And not any love—true love. Complete with the white picket fence, two children, and a dog. He’s just been a little unlucky finding it, and he sure as hell isn't about to consider his best friend’s little sister for the job, no matter how badly he wants her in his bed.

But then Veronica propositions him with a game of dark, delicious seduction. Finn is tempted to indulge his hidden need for kink, but at what cost? Following through could very well ruin their friendship, but maybe—just maybe—helping Veronica rediscover her sexy side is exactly what he needs to find love at last…

Review:
As much as I've enjoyed the previous books in this series I have to confess that Finn and Cole have been the two brothers who I've been most looking forward to getting to know so I was really excited to start reading Recipe for Seduction. I had a feeling that Finn would be something special and I was right - this is definitely my favourite book in the series so far!

Finn is the most low key Madewood brother, he doesn't seek the spotlight of fame and he doesn't care about awards but that doesn't mean he isn't just as committed to charity work and his restaurant as the other brothers - he's just more subtle about it. Finn knows that the most important thing is helping others and giving back to society just like his adoptive mother would have wanted him to. Finn is a people pleaser who wants nothing more than to have a family of his own to love and care for. Growing up in foster care made him into a peacemaker, he always felt that if he could just do what everyone wanted him to do and keep the peace between his brothers then they wouldn't be kicked out of their new home. That need to please has followed him into adulthood and he always puts his desires and dreams on the back burner to support everyone else. I've possibly made it sound like Finn is boring but that couldn't be further from the truth - he may do whatever it takes to keep his family running smoothly but he's just as alpha and competitive as the others and I think he might be the kinkiest of the lot in the bedroom!

Veronica has been half in love with Finn since they were children and met in a foster home. Finn is her brother's best friend though and has only ever treated her like his little sister. Veronica gave up her 20's to be a mother to her younger siblings but now they're growing up and heading off to college she thinks it's finally time for her to have some fun and get her life back on track. She's determined to continue to build up her wedding planning business but she also wants to have fun dating and re-discover her inner vixen. More than anything she would love to explore her feelings for Finn but she knows they have completely different life goals - Finn is looking for love, he wants to marry and have children while Veronica has already raised her siblings and has no intention of starting another family. The chemistry between them is hard to ignore, especially after they discover how well matched they are in the bedroom, but how could they ever find a compromise on their completely opposing desires for the future?

I loved the fact that Finn and Veronica's relationship is built on a strong foundation of friendship, they have a long history together and it's easy to see how important they are to each other. I really admired Veronica and her desire to find herself again, she's spent so long putting everyone else first that she really deserves to have what she wants for a change. I felt exactly the same about Finn though, I so badly wanted to see him fulfil his dreams and I was really worried that there wouldn't be a way for them both to get what they wanted without someone getting their heart broken. They are perfectly matched both in the bedroom and out of it and I loved seeing them spend time together. If you like your books on the hot and spicy side then you're going to enjoy this whole series but Recipe for Seduction was definitely the hottest in my opinion.

I've said before that I'm not a huge fan of big gestures but I absolutely loved how things turned out in this one. I'm going to keep it vague because I don't want to give spoilers but one of the characters does something so perfect that it brought a tear to my eye! The epilogue that follows is a little cheesy but it works so well for these characters that I didn't mind it in the slightest. Although each of these stories works as a stand alone I did really enjoy getting the chance to catch up with previous couples and here we get to attend the wedding of Jack and Story (the stars of Recipe for Satisfaction). The next book in the series is Cole's story and that is one I've been looking forward to from the beginning so I can't wait to get my hands on Recipe for Temptation.