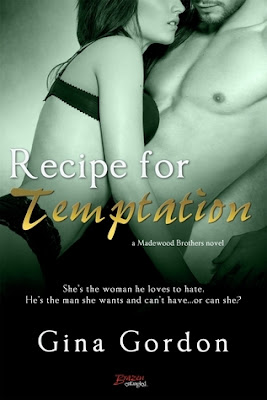 She's the woman he loves to hate.

Penn Foster wants a lot of things. She wants a spot on the board of a charitable foundation. She wants to win the stupid, plastic family trophy. And more than anything, she wants her tall, hot, and brooding boss naked in her bed. Now, on a Hawaiian vacation with her family, she's desperately trying not to think about how he'd sound whispering dirty things in her ear.

Cole Murphy keeps himself locked down, away from the press and out of the spotlight. Still haunted by a traumatic childhood, his ability to trust has been decimated. Penn, with her sexy body and confidence, is the only person able to drag him out of his shell. Which is why he crashes her vacation and accepts her proposition for no-strings sex. But is the inescapable heat building between them a delicious temptation, or will it end in total disaster?

Review:
Cole and Penn have been dancing around each other for the entire series so I was really looking forward to finally seeing them get their happily ever after. I have to admit I ended up feeling a little disappointed with Recipe for Temptation though, possibly because I had such high hopes. Don't get me wrong it's not a bad novel but it was missing some of the things that have made this series so much fun to read.

I think my main issue was Penn's family, they hadn't played any part in the previous books so I was curious to meet them. Penn is such a fantastic character and I thought her family was going to be a lot of fun but it turned out that they were absolutely horrible to her. The entire family is obsessed with the family trophy, they go on holiday as a group once a year and have all sorts of couples competitions to see who is the best. It's all organised by her father who is a retired gym teacher and and who runs the contest like an army general, her brothers and sisters-in-law are all highly competitive and seem to take great joy in running Penn down at every possible opportunity. The Penn we've come to know and love is pretty much absent for most of the story, she acts like an entirely different woman around her family and I can't really blame her for that considering how judgemental and critical they are of her but I missed the bubbly, fun loving woman that we've seen throughout the series.

Cole knows about the family contest and has decided that he wants to help Penn win for once and I have to admit it was nice to see that someone had her back and was there for her. I really enjoyed the interactions between the main couple, they have been working together a long time and have a strong friendship even though they often disagree with each other. They also have fantastic chemistry that has been building for a long time and was bound to be explosive when they finally gave in to their desire. I was glad that Penn was able to be herself around Cole but I think I needed to see more of the couple spending time together and less of the competitive drama with her family.

This story takes place mostly outside of Toronto as the family holiday is in Hawaii and although I liked the new setting I found myself missing the previous couples, the banter between the Madewood brothers and their respective partners has always been something I loved about this series and I missed it a lot here. We do get to catch up with the others towards the end of the story but since this is the final book in the series I just felt that I wanted to see more of them and this could have done with a much longer epilogue that let us see how everyone was doing. In spite of the issues I had with this book I still enjoyed the romance and I have found the entire series fun to read. I'll definitely be keeping an eye out for more from Gina Gordon in the future.