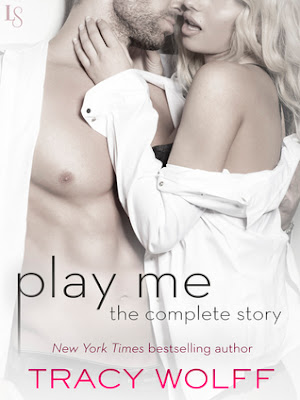 From the New York Times bestselling author of the Ethan Frost novels—Ruined, Addicted, and Exposed—comes the sultry tale of a young woman searching for a bit of control . . . and the powerful new boss who makes her go wild. Originally released as a five-part serial, this eBook bundle collects the complete saga from beginning to end: a sizzling affair loaded with desire, seduction, betrayal, and dark romance.

My name is Aria Winston. I’ve fought desperately to escape the seedy underbelly of Las Vegas. Now I’m on my own, in control of my own life and my own destiny . . . just the way I like it. Until Sebastian Caine changes everything.

Working as a cocktail waitress at one of Vegas’s hottest five-star casinos means putting up with a ton of bad behavior from the big spenders. But it pays the bills—and that’s all that matters to Aria, who needs every last dollar to escape from her father’s destructive grasp and the brutal man he expects her to marry. But when she lashes out against a billionaire who won’t take no for an answer, she nearly loses everything—until Sebastian steps in. The owner’s son and handpicked successor, Sebastian is dark, sexy, and kinder than any rich man should be. And when he apologizes and offers to keep her job safe, Aria can’t help the way her body reacts to his. Suddenly her job, and the security it brings her, isn’t the only thing Aria wants.

Play Me is intended for mature audiences. 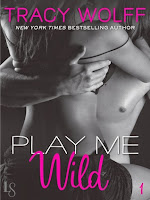 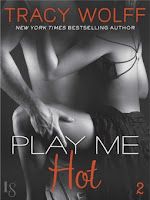 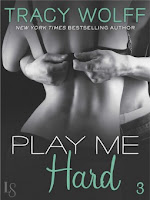 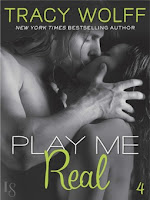 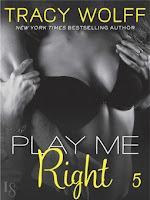 Ethan Frost Series:
(Ethan makes a cameo appearance in Play Me which fits into the time line between Addicted and Exposed)
Ruined
Addicted
Exposed
Flawed (2016)

Review:
This story was originally released as a 5 part serialized novel (Play Me Wild, Play Me Hot, Play Me Hard, Play Me Real and Play Me Right) but has since been released as a bind up called Play Me: The Complete Story. Although I read this in instalments I'm posting a single review for the entire book. This story works as a complete stand alone but it does feature a cameo appearance from Ethan Frost who has his own series.

Aria has left her family and her controlling father behind her and is struggling to make ends meet working as a cocktail waitress in a local casino. When she loses her temper with one of the casino's big spenders who was getting a little too rough she knows she's blown it and is sure to lose her job but she hadn't counted on the new boss. Sebastian never intended to take over his father's casino but when he is called in run the show after his father suffers a heart attack he quickly realises that things have got to change. He won't tolerate his staff being treated poorly no matter who the client is and he's determined to shake things up a bit. The connection between Aria and Sebastian is instant and intense but will Aria risk everything by sleeping with the boss?

One thing I can say for sure about Play Me is that it's hot as hell, Sebastian is a delicious Dom who knows exactly what he wants and he's not used to being denied. The sex scenes in this story are absolutely scorching and it was very, very easy to see why Aria would fall under Sebastian's spell, I'd certainly find him impossible to resist! This is only the second book I've read by Tracy Wolff but it definitely won't be the last, in fact after seeing the cameo from Ethan Frost I'm planning on diving into his series very soon.

As much as I loved the chemistry between Sebastian and Aria I did feel things moved far too quickly between them. I guess that this is probably because of the serialised format - you have to hook readers into the relationship very quickly and keep them there to make sure they want to continue reading. I just think it could have been so much better if we'd been made to wait for the characters to act on their intense attraction, I think as it was everything happened so fast that I struggled to believe it. This was especially true when you learn more about Aria's background, I don't think there is any way that someone who has been through what she had would be so quick to jump into an affair with a man in such a position of power over her. It wasn't even the speed of them getting down to it that I had an issue with (although I think that was fast too!) but within a week of meeting they were head over heels in love and thinking of marriage and I didn't feel like they'd taken enough time getting to know each other outside of the bedroom.

I may have had an issue with the speed of their relationship but I still really enjoyed their story, I love the author's writing style and I would pick up another book about these characters if the author decided to write one. In the meantime I'll definitely be devouring the Ethan Frost series and keeping an eye out to see if Sebastian and Aria make an appearance in there too.