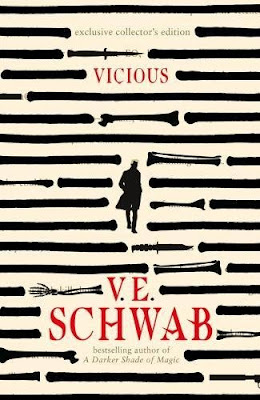 Victor and Eli started out as college roommates brilliant, arrogant, lonely boys who recognized the same sharpness and ambition in one another. A shared research interest in adrenaline, near-death-experiences, and seemingly supernatural events reveals an intriguing possibility: that under the right conditions, someone could develop extraordinary abilities. But when their thesis moves from the academic to the experimental, things go horribly wrong. They become EOs, ExtraOrdinaries, leaving a body in their wake and turning on each other.

Ten years later Victor has escaped from prison and is determined to get his revenge on the man who put him there, aided by a young girl with the ability to raise the dead. Eli has spent the years hunting down and killing every EO he can find, convinced that they are a crime against God, all except his sidekick, a woman whose power is persuasion and whom he cannot defy. Armed with terrible power on both sides, driven by the memory of betrayal and loss, the arch-nemeses have set a course for revenge but who will be left alive at the end?

Review:
After really enjoying A Darker Shade of Magic I was really excited to get my hands on a copy of Vicious to see what else V.E. Schwab was capable of. The two stories couldn't be more different but they both show what a talented writer she is and I thoroughly enjoyed her take on superheroes, or perhaps I should say anti-heroes because there aren't really any good guys here!

The story is told in two distinct narratives, you have flashbacks ten years into the past where we see Victor and Eli meeting a university, they are close friends and very competitive in their studies so when Eli comes up with the idea to study EOs (ExtraOrdianry people with superpowers) for his thesis Victor automatically wants to join in and take things one step further. The boys run dangerous experiments trying to turn themselves into EOs and the resulting tragedy sees Victor put in prison for murder. In the current timeline Victor has broken out of prison along with his cell mate Mitch and he's determined to track down Eli and make him pay for betraying him. It takes a while for us to uncover exactly what went down between them but it is clear from the beginning that they have both become very dangerous men who will stop at nothing to further their causes.

I already mentioned that this is a story of anti-heroes but I find it kind of hard to think of Victor as anything other than a slightly less evil villain. Victor and Eli are both extreme and they're both willing to torture and kill without batting an eye so it's hard to decide which side you should be rooting for. We get to see a more human side of Victor through the eyes of Mitch and Sydney, a young girl he rescues along the way, but from their point of view Victor can't be called a good man, he's just the lesser of two evils. I loved how ambiguous these characters are though, you can never quite be sure what Victor is capable of so it's hard to trust his motives long term and that is one of the things that makes him quite so fascinating.

This is a dark world, one where some people have amazing abilities but they rarely use them for good. I was completely hooked from the beginning and I loved the masterful way V.E. Schwab wove the two different time lines together in a way that kept you guessing right through to the end. There were a couple of incredibly well thought out twists and I was impressed that she managed to get me rooting for a psychopath. I would love to read more stories set in this world so I hope the author decides to revisit it at some point in the future.

Update October 2018:
I recently purchased the new Collectors Edition hardback of Vicious so I thought I'd post a couple of pictures so you can see just how gorgeous it is! This edition also includes the short story, Warm Up, that was only previously available on the Tor.com website. 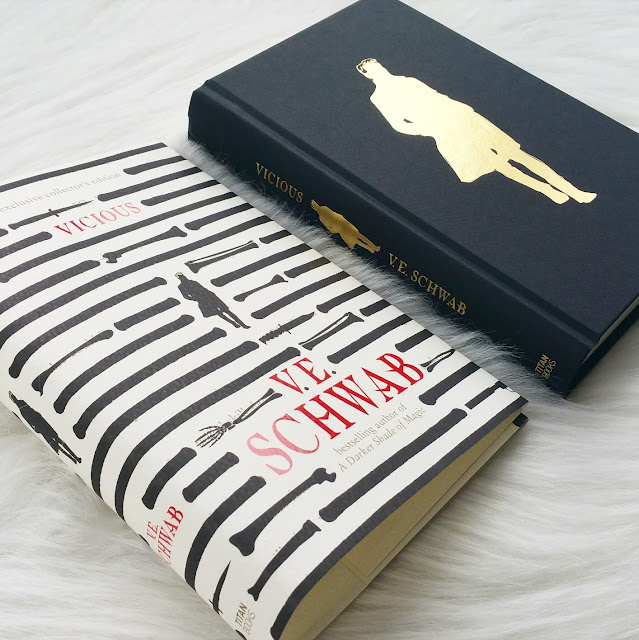 I love the gold foiling on the naked hardback! 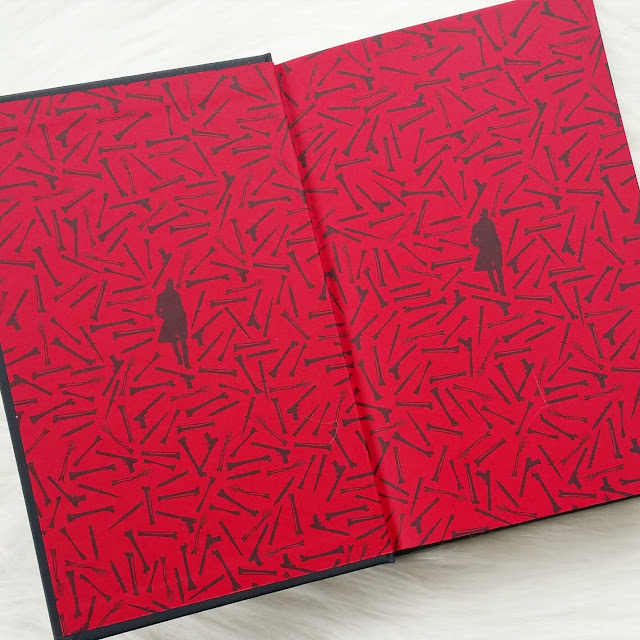 and just look at those endpapers!