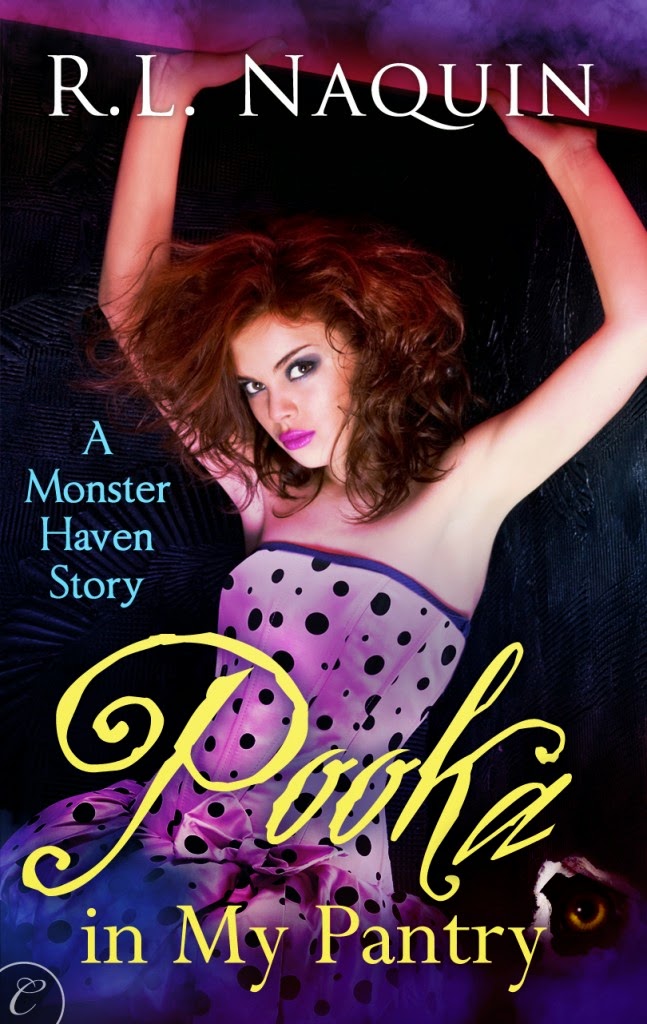 Zoey Donovan—empath, wedding planner, go-to girl for monsters with personal problems—has been marked twice for pickup by Death. On both occasions, Riley the smoking-hot reaper has refused to follow through. For his breach of protocol, Riley is now on probation. For her refusal to die on schedule, Zoey's right to live is challenged. She will have to undergo a life-or-death trial, but she won't know when or where it will happen…

Staying alive might not be so difficult if the Leprechaun Mafia hadn't strolled into town. Now every business owner with the slightest connection to the supernatural community is being threatened with the most appalling bad luck if they don't pay up. Mirrors are smashed, bodies are dropping, and Zoey's still got clients waiting for fabric samples.

With a little luck, she might be able to save everyone and still have time for a second attempt at a decent first date with her favorite reaper.

Review:
Zoey may have fought off an incubus with the help of her friends but now she's drawn the attention of an even bigger enemy. With the Leprechaun Mafia in town Zoey soon finds herself suffering from a bad luck curse but they aren't just going after her, they are also targeting her friends and other Hidden members of the town and Zoey isn't going to let that stand. While fighting off the Mafia she's also worrying about Riley who is on probation since he saved her life on the two occasions he was supposed to take her soul. Riley's boss seems to be taking an unusual amount of interest in Zoey's affairs too which is making her extremely uncomfortable and adding to the danger she faces. How is Zoey supposed to put a stop to the Leprechauns when the Board of Hidden Affairs are on her case too?

When the first page of a book contains the sentence "But no amount of flexibility prepared me to assist in the live birth of a sea serpent in my own back yard." you know you're going to be in for a fun read. Pooka in My Pantry is full of humour from the beginning and it had me giggling the whole way through. I can't tell you how much fun this series is to read and I absolutely love all of the characters we have been introduced to. Zoey is clumsy at the best of times but under a bad luck curse she is positively lethal to herself and anyone else who happens to be in her vicinity, literally nobody is safe when she's in a room with them which leads to some incredibly funny accidents.

Just when she was starting to develop feelings for Riley he disappeared on her without a word so when he comes back she's not sure whether to be pissed that he left or happy that he's come back safely. It doesn't help that now he's on probation he has a supervisor constantly shadowing his every movement, even when the two try to get some alone time to talk. What's really weird is that his boss seems just as interested in Zoey as he his in what Riley is doing and she is beyond angry when he starts threatening her. Zoey isn't the kind of girl who takes things sitting down though so they'd best watch out. I have to say I'm really enjoying the way Zoey and Riley's relationship is developing, R.L. Naquin is taking her time building the romance so that it feels realistic and I think they're great together.

It's not often that the side characters are as memorable as they are in this series, I love Maurice the closet monster but I also really like Zoey's human friends Sara and Andrew and you can't forget the brownie family that Zoey took in and has kind of adopted as her own. Each character brings something new to the story and I'm glad we get to know them all a little better in every book. I'm just so glad that I discovered this series, I haven't read about a bunch of such fun and quirky characters for a long time and I can't wait to dive back in and follow more of their adventures.