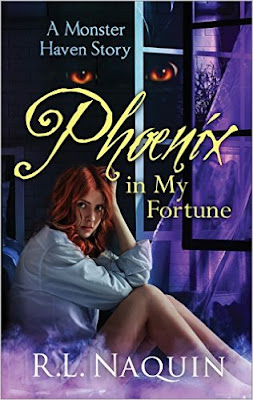 When Zoey Donovan found out monsters are real, her life changed—mostly for the better. Since then, she's fought bad guys, saved the world a time or two and earned the love of a growing family of humans and Hidden creatures alike. But the danger that's chased her from the beginning is finally here.

Shadow Man, aka The Last Hidden, has stepped out of the story humans wrote for him and into the real world, hell-bent on stealing children. Fiction has become reality and Shadow Man intends to break the Covenant, reclaim the Hidden, and kill all Aegises along the way…triple bad news for Zoey and her mother, the only two Aegises still alive.

Zoey will have to rescue the stolen kids and hunt down the most terrifying villain humanity has ever imagined. But how can she fight a creature only invented a few years ago? If Shadow Man triumphs, the world as she knows it will end. If Zoey succeeds in driving him out, the people she loves the most may be lost to her forever.

Review:
I've been a huge fan of the Monster Haven series since I first read Monster in My Closet a few years ago. These stories never fail to make me laugh and I love the way R.L. Naquin always comes up with such weird and wonderful magical creatures to include. As much as I was looking forward to reading Phoenix in My Fortune I'm still really sad that it was the last book in the series. I'm glad that it's going out on a high but I would happily have continued reading more books about Zoey and her friends.

I'm deliberately going to keep this review vague because I think most people who are reading it are already going to be fans of the series and will know what to expect from one of these stories. If you haven't discovered this world yet then I'd recommend starting at the beginning, these books really need to be read in order to make the most of the character development and the story arc that has developed across all of the books. These are really fun, light hearted stories though and I'd highly recommend them to fans of the supernatural.

Zoey and her friends are finally facing off against the enemy that has been coming after them via third parties for a while now. He is a danger unlike anything they've ever faced before and the risks have never been greater. Phoenix in My Fortune is a bittersweet ending to the series, it ties up all the loose ends and gives us a lot of closure but at the same time it's not all rainbows and happiness and there are a few tears to be shed along the way.

I'm so sad that this series is over, I've enjoyed every minute spent with Zoey and I'm going to miss her and the rest of the gang. I really hope that R.L. Naquin will decide to revisit this world in the future even if it's only in occasional short stories or a spin off series. That's not because anything has been left hanging, it's actually all tied up really nicely, but because I'm not ready for it to be over. I'm looking forward to starting her new Mount Olympus series in the meantime though and I'll definitely be watching out for anything else she publishes in the future because I love her humorous writing style.