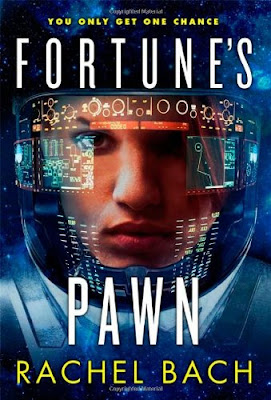 Fans of Firefly and Elizabeth Moon will lap up this action-packed military science fiction series. Welcome to the start of a thrilling new space adventure, starring female mercenary Deviana Morris . . .

Deviana Morris isn't your average mercenary. She has plans. Big ones. And a ton of ambition. One of those is going to get her killed one day - but not just yet.

Not when she just got a job on a tiny trade ship with a nasty reputation for surprises. The Glorious Fool isn't misnamed: it likes to get into trouble. And with a reputation for bad luck that makes one year as security detail on this ship equal to five years everywhere else - Devi knows she's found the perfect way to get the jump on the next part of her Plan. But the Fool doesn't give up its secrets without a fight, and one year might be more than even Devi can handle.

Review:
Devi is a mercenary, she has trained hard and is one of the best at what she does but her goal has always been to become a Devastator, one of the elite band who guard the king. She has the skills but what she is lacking is years of experience in the field and now she's looking for a way to get accepted faster. When a friend tips her off that spending a year guarding The Glorious Fool will automatically qualify her dream role she jumps at the chance. Surely looking after one tiny trade ship will be a walk in the park for someone like her? It quickly becomes clear that all is not what it seems on The Glorious Fool though and it's not just her career on the line but also her life.

It took me a while to warm up to Devi, there is no doubt that she's a fierce warrior who is incredibly skilled with her weapons but she knows it and that makes her quite arrogant and full of herself. She isn't the easiest person to like in the beginning and I initially worried that she'd be an all talk and no action kind of girl but happily she proved me completely wrong on many occasions and she has all the skill she brags about and then some. Seeing her in action was quite something but it was slowly seeing her start to relax and warm up around the crew that I really liked. She has a nicer side it's just one she keeps hidden deep.

The crew of The Glorious Fool is quite an eccentric mix of humans and different types of alien species. Everyone seems to be keeping their own secrets and they all have very different strengths and abilities. Some are more trustworthy than others but you get the feeling all along that there is a lot going on under the surface and we're only just starting to dig into that. Rachel Bach has created a detailed society with a lot of different alien races, each with complex rules and customs. The story moves at a fairly fast pace and it definitely kept me interested from beginning to end. My main complaint was that the romance felt a little rushed and unbelievable, I liked the character that Devi was involved with but I think their relationship could have done with a slower burn. The ending more than made up for that though and I have a feeling that this series is going to go from strength to strength.