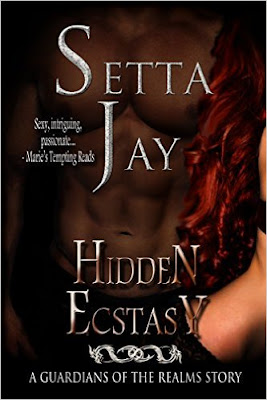 Ever since the Gods were sent to sleep for their sins against humanity, Vane, the son of Athena has been avoiding exile to the Immortal Realm. He, his dark, brooding twin and their sister have spent their lives hidden amongst humanity on Earth. According to their sister’s cryptic powers they needed to stay there for a purpose they’d yet to find. As the centuries ticked by he grew restless, recklessly tangling deeper with a very dangerous female.

As one of the Guardians of the Realms it was Brianne’s duty to ensure that humanity evolved without being subjugated by more powerful beings. For too long she had succumbed to the lure of a powerfully seductive Demi-God that could never truly be hers, one that she should have exiled long ago. It was a secret that could cost her, cost them all, but the danger only added to her need.

Their desire was breaking all the rules…

Warning: This story is intended for a mature audience and contains explicit sex and a dominant male behaving badly. Enjoy!

Review:
Hidden Ecstasy is a free prequel short story to Setta Jay's Guardians of the Realms series, I liked it the first time I read it but it was the second time around, after I'd read the first full length book Ecstasy Unbound, that I really enjoyed it. Although it works as a prequel I think I just appreciated it more when I was familiar with the main characters.

This prequel introduces us to Vane, his twin brother Eric and their older sister Alex. All three are demigods, children of the goddess Athena, and they have various powers and abilities. While most of the gods have been banished from the human realm Vane, Eric and Alex managed to stay behind and they spend their lives trying to protect humanity from the demons that walk among us. We don't get all of the background here, but there was definitely enough to give a taster of what's to come.

The first book focuses on Alex (although we still get to see more of both her brothers) but Vane is the one who really steals the show in the prequel and I hope we get a book about him and Brianna very soon. This couple have mind-blowing chemistry and I want to see them make the most of it! This is a good start to the series that left me keen to know more and I have a feeling I'm going to enjoy these books.