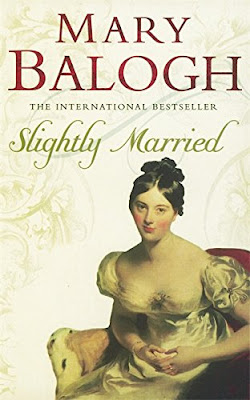 Meet the Bedwyns . . . six brothers and sisters--men and women of passion and privilege, daring and sensuality . . . Enter their dazzling world of high society and breathtaking seduction…where each will seek love, fight temptation, and court scandal . . . and where Aidan Bedwyn, the marriage-shy second son, discovers that matrimony may be the most seductive act of all . . .

Like all the Bedwyn men, Aidan has a reputation for cool arrogance. But this proud nobleman also possesses a loyal, passionate heart--and it is this fierce loyalty that has brought Colonel Lord Aidan to Ringwood Manor to honor a dying soldier's request. Having promised to comfort and protect the man's sister, Aidan never expected to find a headstrong, fiercely independent woman who wants no part of his protection…nor did he expect the feelings this beguiling creature would ignite in his guarded heart. And when a relative threatens to turn Eve out of her home, Aidan gallantly makes her an offer she can't refuse: marry him . . . if only to save her home. And now, as all of London breathlessly awaits the transformation of the new Lady Aidan Bedwyn, the strangest thing happens: With one touch, one searing embrace, Aidan and Eve's “business arrangement” is about to be transformed…into something slightly surprising . . .

Review:
Colonel Lord Aidan Bedwyn made a promise to one of his dying soldiers, a promise to protect the man's sister, and he takes his vows very seriously. He travels to Eve's home to break the terrible news but is surprised to find a strong and independant woman who has no need of his assistance. She is more than capable of running her household and she has a whole group of people who she can rely on for friendship and help.

Just as Aidan is about to leave, believing his duty to be fulfilled, he discovers that she may not be quite as well off as he first assumed. She may be mistress of her own home now but due to a clause in her father's will she is at risk of losing everything if she doesn't marry soon. Aidan had never intended to take a wife but in order to make good on his promise he offers Eve a marriage of convenience, they will be married in name only but Eve will no longer be at risk of losing her home and Aidan will be free to return to the war. Eve reluctantly agrees to Aidan's proposal but what starts as loveless union soon becomes something much more complicated when both of their families get involved.

I have to admit I was a little nervous about continuing this series after reading the prequel novels, the Bedwyn family is huge and I normally love getting to know groups of siblings, but they haven't always been the most likeable characters and I wasn't sure if I'd enjoy their stories. Luckily for me Aidan is a brother we hadn't met before so I hadn't built any negative opinion of him before starting this book and now I'm a little less worried about continuing the series. I'm still not looking forward to Freyja's book but I think I'm going to like the others, even Wulf who previously had me worried has shown a bit of a human side.

I really loved both Aidan, he can come across as cold and standoffish until you get to know him but he's actually quite sweet under that tough exterior and I enjoyed seeing him out of his comfort zone when he started to develop feelings for Eve. Eve is a great character, she's not a conventional helpless woman in need of rescue, in fact she's rather strong willed and very capable of looking after both herself and the people she considers her family. She has collected quite a rag tag bunch of friends and family members and she is the glue that holds everything together. Of course there is one branch of her family who is keen to see her fail so that they can take everything away from her but even in that case she is doing her best to fight the situation. Eve and Aidan make a great couple and I think I'm going to end up liking all of the Bedwyn brothers.