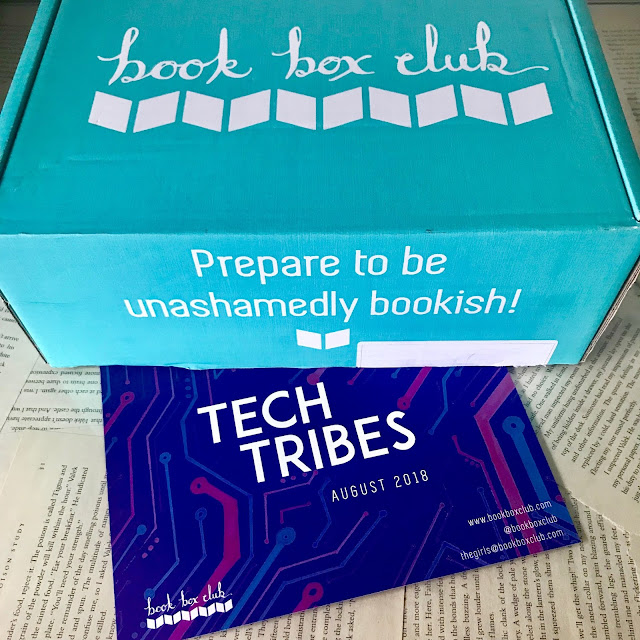 I hadn't heard about the Book Box Club until fairly recently (I'm obviously not very up on my subscription boxes because they're just about to celebrate their 2 year anniversary!) but when a friend sent me a discount code for 50% off my first order I couldn't resist giving them a try, especially after having a look at some of their previous boxes. I have to say I was really impressed with the quality of their products and I'll definitely be buying the occasional box from them in the future!

Anyway, I'll let the contents of the box speak for themselves because I have plenty of pics to share with you. 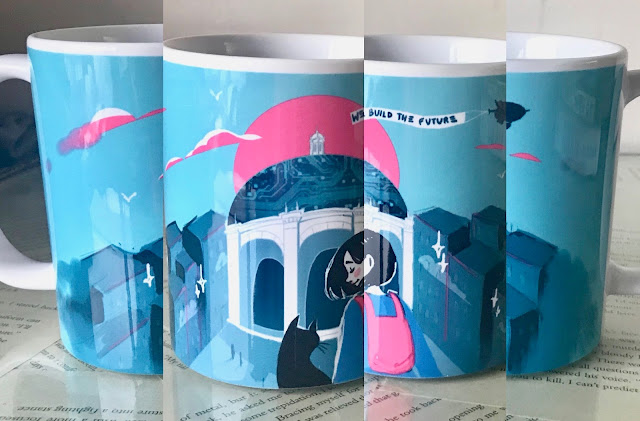 The first item included in the box was this lovely Invent the Future mug designed by Alicia Jo Art. I'm not sure if this is inspired by a particular book fandom but it's a really pretty design and you can never have too many mugs! 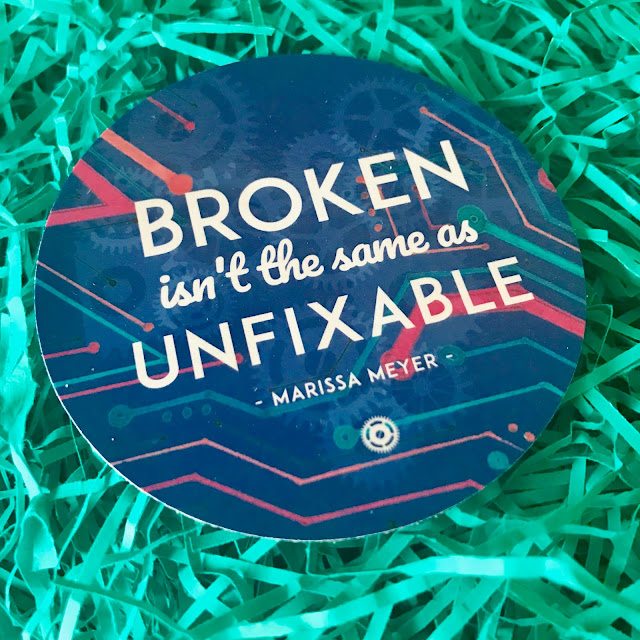 This Lunar Chronicles inspired coaster goes with the mug perfectly, it's an exclusive design for Book Box Club but I'm not sure who created it. 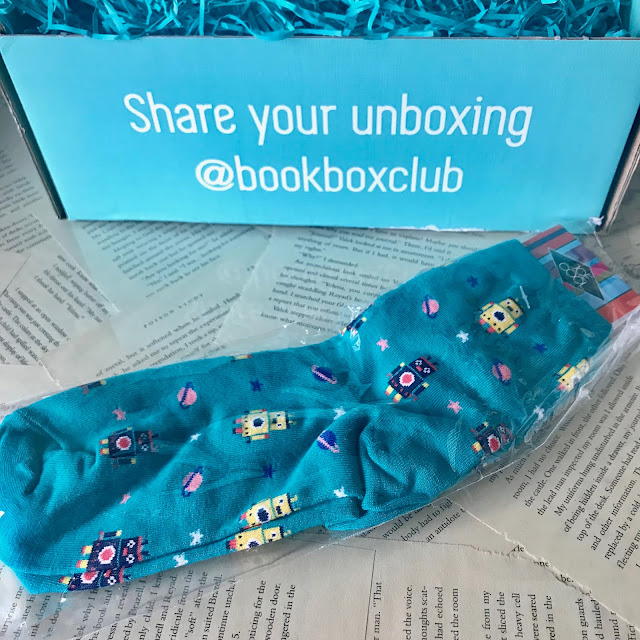 Also included were these really cute Robot Socks by Joe Cool, I love this design and at this time of of year they're going to get plenty of use! 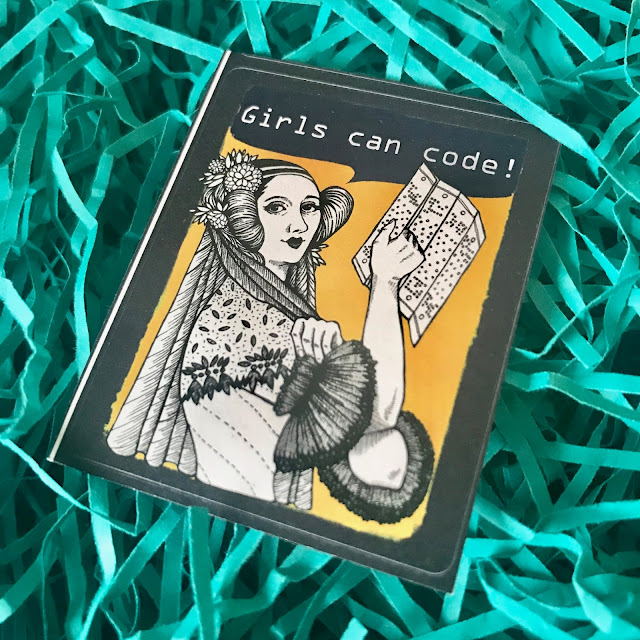 This really cute sticker of Ada Lovelace from the Victorian Store fits the Tech Tribes theme perfectly since she is considered to be the first computer programmer. 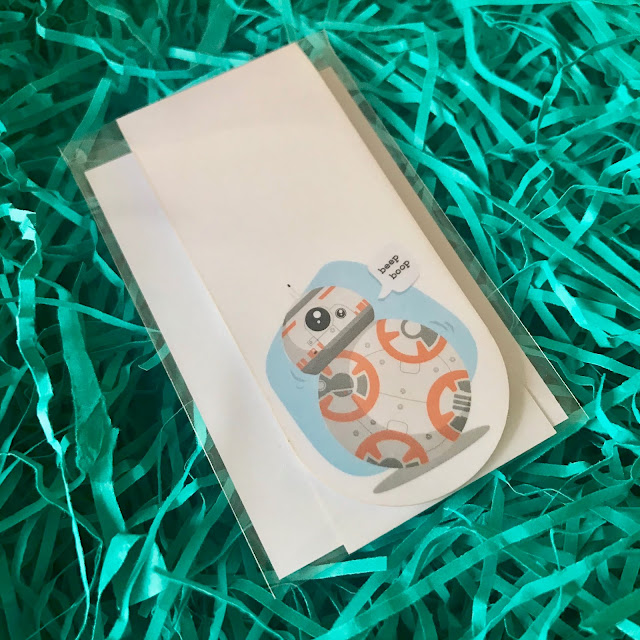 Robots don't come much cuter than BB8 and I love magnetic bookmarks so I'm really happy with this item by Rachel Nor Line Art. 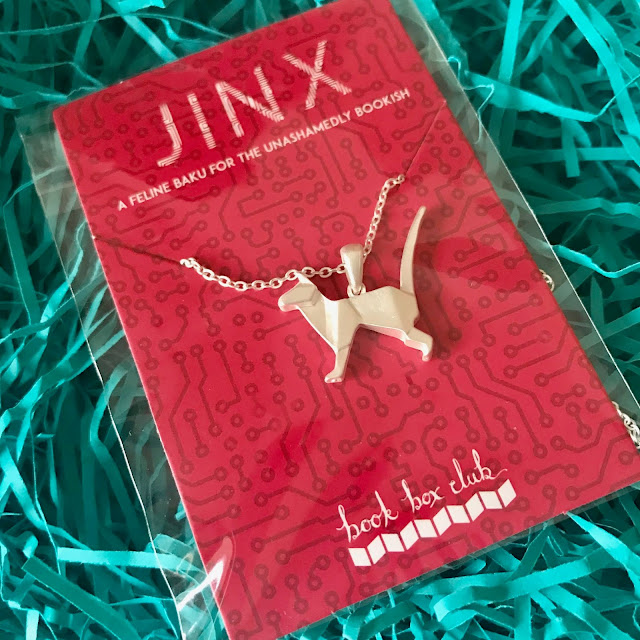 One of my favourite items in the box was this really cute cat necklace which was inspired by this month's book. 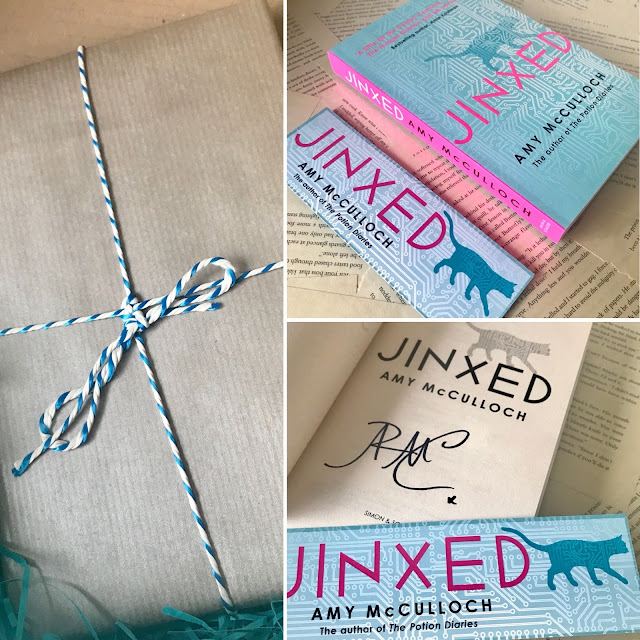 The book included was Jinxed by Amy McCulloch and it sounds fab so I can't wait to read it. It's a paperback which is slightly disappointing since other bookish subscription boxes I've tried usually include hardbacks but rather than having a signed bookplate the book itself is actually signed which I think is much nicer. It came gift wrapped which made it even more fun to open the box and I really like the matching bookmark. 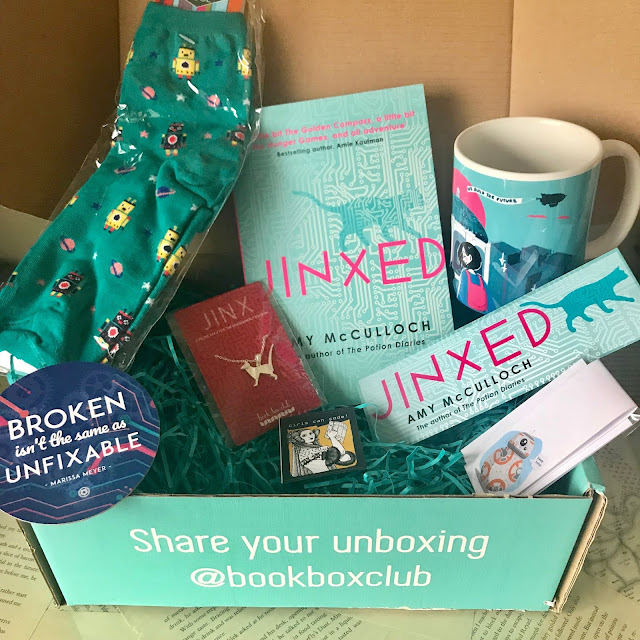 So that was everything included in the August Book Book Club, what do you think? Have you tried this box before? I'm definitely going to be keeping an eye on their themes in the future waiting for one to catch my eye (the September box is contemporary YA so doesn't appeal to me but they've had a lot of cool books in the past). If you don't want to buy a box with all the bookish goodies you can choose an option to just buy the signed monthly book which is a cool idea too. They also have an online clubhouse where you can chat about the book each month that usually includes a chat with the author of that month's book which is a fun idea.
at 18:00