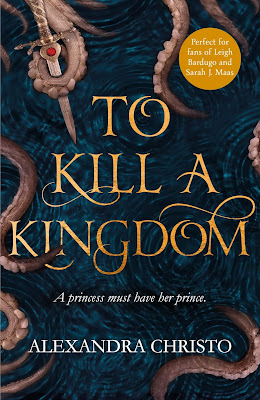 Dark and romantic YA fantasy for fans of Sarah J Maas - about the siren with a taste for royal blood and the prince who has sworn to destroy her.

Princess Lira is siren royalty and the most lethal of them all.

With the hearts of seventeen princes in her collection, she is revered across the sea. Until a twist of fate forces her to kill one of her own. To punish her daughter, the Sea Queen transforms Lira into the one thing they loathe most - a human. Robbed of her song, Lira has until the winter solstice to deliver Prince Elian's heart to the Sea Queen or remain a human forever.

The ocean is the only place Prince Elian calls home, even though he is heir to the most powerful kingdom in the world. Hunting sirens is more than an unsavoury hobby - it's his calling. When he rescues a drowning woman in the ocean, she's more than what she appears. She promises to help him find the key to destroying all of sirenkind for good.

But can he trust her? And just how many deals will Elian have to barter to eliminate mankind's greatest enemy?

Review:
To Kill a Kingdom was a really enjoyable dark retelling of The Little Mermaid and an impressive debut from Alexandra Christo. Lira is a siren princess, daughter of the Sea Queen she has earned the nickname Prince's Bane because she has killed so many princes and stolen their hearts. She's fierce and bloodthirsty and our introduction to her was one of my favourite opening lines in a book ever:


I have a heart for every year I’ve been alive. There are seventeen hidden in the sand of my bedroom. Every so often, I claw through the shingle, just to check they’re still there. Buried deep and bloody.

Lira's life is turned upside down when she accidentally saves the life of Prince Elian rather than killing him and her mother punishes her by turning her human. Elian isn't your average prince, in fact he is a pirate who has made it his mission in life to rid the world of sirens and who particularly wants to kill the Prince's Bane. He has another great introduction:


Technically, I’m a murderer, but I like to think that’s one of my better qualities.

I already knew only 3 chapters in that I was going to love this story! I really enjoyed the world that Alexandra Christo has created and I loved the depth she gave her characters. Both Lira and Elian have done things that they aren't proud of, Elian with the goal of protecting his people and Lira because she has been damaged by her mother's cruelty. These are two characters who should be on the opposite sides of the ongoing war between their species but they both want to find a way to bring peace and save the people they care about.

I love seeing characters grow and change and we get a lot of that in To Kill a Kingdom, we also get a lot of action and some really fun battles with all kinds of sea creatures. Theres even a hint of romance but I appreciated that it didn't overtake the rest of the story and it was very much a slow build as the characters got to know each other. I really enjoyed this story and I'm definitely going to be keeping an eye on this author in the future, I can't wait to see what she comes up with next.