Review: And the Ocean Was Our Sky - Patrick Ness (Illustrated by Rovina Cai) 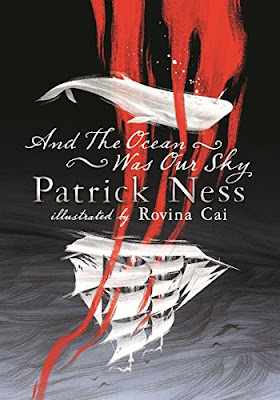 The whales of Bathsheba's pod live for the hunt. Led by the formidable Captain Alexandra, they fight a never-ending war against men. So it has been, so it shall always be.

Then the whales attack a man ship, and instead of easy prey they find the trail of a myth, a monster, perhaps the devil himself...

With their relentless Captain leading the chase, they embark on the final hunt, one that will forever change the worlds of whales and men.

From the multi-award-winning author of A Monster Calls and the Chaos Walking trilogy comes a haunting tale of power and obsession that turns the story of Moby Dick upside down.

Review:
I've been having a hard time writing this review because And the Ocean Was Our Sky was so different to anything else I've read before. It's been a long time since I read Moby Dick but I was really curious when I found out about this Patrick Ness retelling told from a whale's point of view. This story literally turns the original tale on it's head and features whales that are trained in the art of war and who hunt humans using harpoons.

This story is told by Bathsheba, a young apprentice who became a warrior because of a prophecy. Initially she is excited by the prospect of fighting humans to protect her species but over time she becomes jaded and starts to question whether defending themselves has turned them into monsters too. There were a lot of really interesting themes in this book but you really have to suspend belief when it comes to the plot. I was totally confused about whales travelling with underwater ships and using harpoons (I mean how do they even build ships and what do they make them out of?!) and I think some of the story just flew over the top of my head.

The story is quite dark and disturbing and the gorgeous illustrations by Rovina Cai really helped add to the chilling atmosphere. And the Ocean Was Our Sky is unique and I doubt it's a story that could have been written by anyone other than Patrick Ness, he has a way of turning things on their head unlike any other author I've come across and it's always interesting to see what adventure he'll take us on next!

Here are a few pictures of the book so you can see just how gorgeous the illustrations really are: 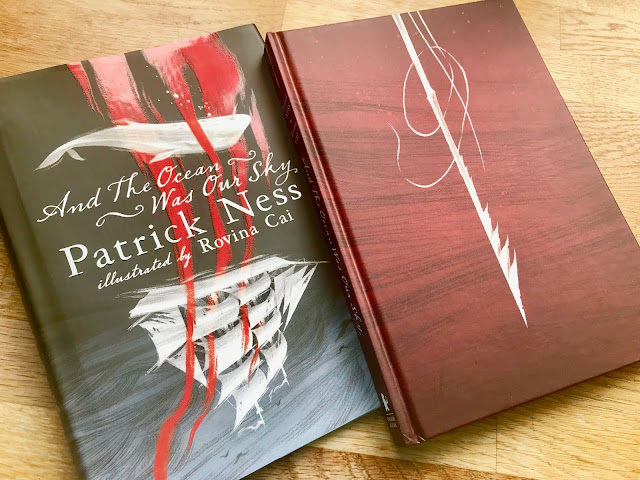 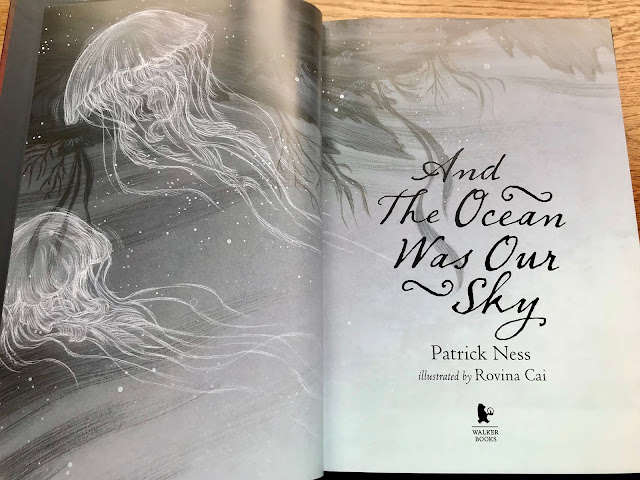 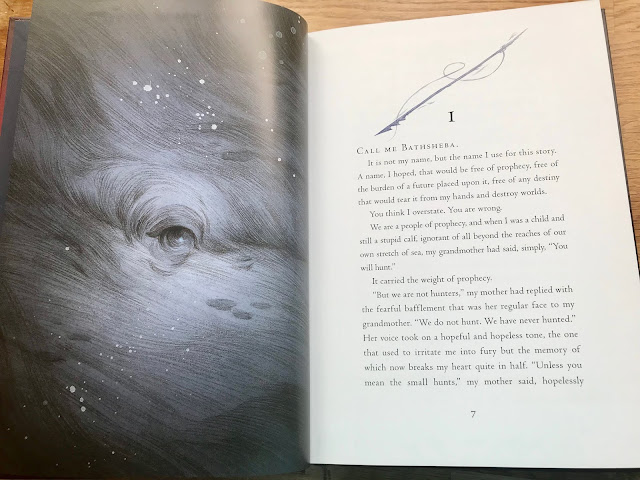 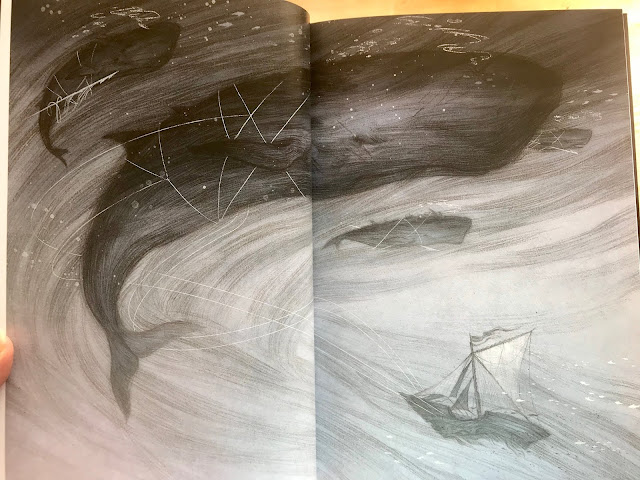 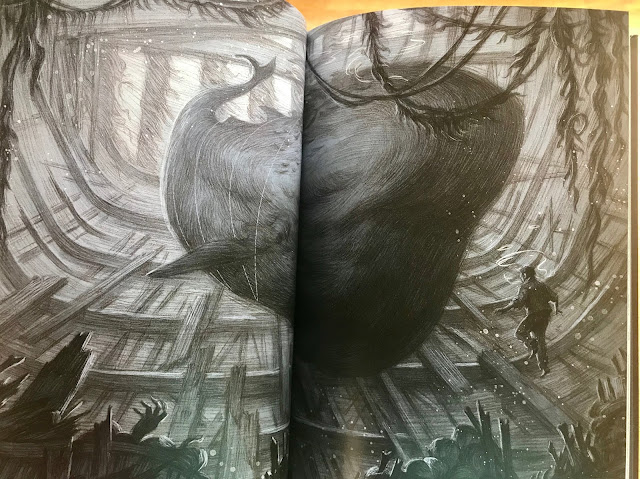