To celebrate the release of A Beggar's Kingdom, the second book in Paullina Simons' new End of Forever trilogy, I have a fab excerpt to share with you all today. But first I want to tell you a little more about the book, and the rest of the series! 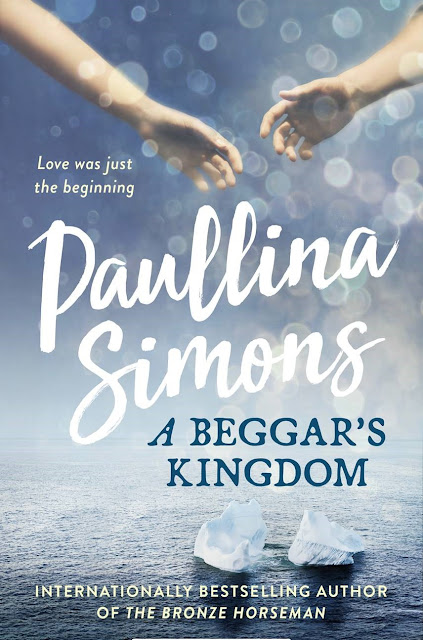 
The second novel in Paullina Simons's stunning End of Forever saga continues the heartbreaking story of Julian and Josephine, and a love that spans lifetimes.


Is there a fate beyond the fates?


Julian has failed Josephine once. Despite grave danger and impossible odds, he is determined to do the unimaginable and try again to save the woman he loves.


What follows is a love story like no other as the doomed lovers embark on an incredible adventure across time and space. Racing through history and against the merciless clock, they face countless dangers and deadly enemies.


Living amid beauty and ecstasy, bloodshed and betrayal, each time they court and cheat death brings Julian and Josephine closer to an unthinkable sacrifice and a confrontation with the harshest master of all…destiny.

ASHTON STOOD, HIS BLONDE HAIR SPRIKING OUT OF HIS baseball cap, his arms crossed, his crystal eyes incredulous, listening to Josephine trying to sweet-talk Zakiyyah into going on Peter Pan’s flight. Julian, Josephine, Ashton and Z were in Disneyland, the last two under protest.

“Z, what’s not to love?” Josephine was saying. “You fly over London with Peter Pan aboard a magical pirate ship to Neverland. Come on, let’s go – look, the line’s getting longer.”

“Is it pretend fly?” asked Zakiyyah.

Zakiyyah rolled her eyes. She almost gave him the finger.

“Would you like to be some place else?” Ashton said.

“And Peter Pan’s magical flight over London doesn’t qualify?” Ashton said, and sideways to Julian added, “What kind of fun are we supposed to have with someone like that? I can’t believe Riley agreed to let me come with you three. I’m going to have to take her to Jamaica to make it up to her.”

“You have a lot of making up to do all around, especially after the crap you pulled at lunch the other week,” Julian said. “So shut up and take it.”

“Story of my life,” Ashton said.

“What kind of fun are we supposed to have with someone like that?” Zakiyyah said to Josephine. “His idea of fun is making fun of me.”

“Shh, yes, it is. You’re driving everybody nuts,” Josephine said, and then louder to the men, “You’ll have to excuse her, Z is new to this. She’s never been to Disneyland.”

“What kind of a human being has never been to Disneyland?” Ashton whispered to Julian.

“That’s not true!” Zakiyyah said. “I went once with my cousins.”

“Sitting on a bench while the kids go on rides is not going to Disneyland, Z.”

Zakiyyah tutted. “Is there maybe a slow train ride?”

“How about It’s a Small World?” Ashton said, addressing Zakiyyah but facing Julian and widening his eyes into saucers. “It’s a slow boat ride.”

“Is that what you mean when you say he’s teasing me?” Zakiyyah said to Josephine. “You sure it’s not mocking me?”

“Positive, Z. It’s a world of laughter, a world of tears. Let’s go on It’s a Small World.”

After it got dark and the toddlers had left and the crowds died down a bit, the three of them convinced Zakiyyah to go on Space Mountain. She half-agreed but balked when she saw the four-man luge they were supposed to board. Josephine would sit in front Julian, between his legs, and that meant that Zakiyyah would have to sit in front of Ashton, between his. “Can we try a different seating arrangement?” Z said.

“Like maybe the girls together and the boys together.”

“Jules, honey, what do you think?” Ashton asked, pitching his voice two octaves higher. “Would you like to sit between my legs, pumpkin, or do you want me between yours?”

“Instead of you sitting in front of me,” Ashton said to Zakiyyah, as cordial as could be, “would you prefer I sit in front of you?”

“You want to sit between my open legs?” Zakiyyah’s disbelieving tone was not even close to cordial.

“Aside from other issues, I won’t be able to see anything,” Zakiyyah said. “You’re too tall. You’ll be blocking my view the whole ride.”

Ashton knocked into Julian as they were about to board. “Dude,” he whispered, “you haven’t told her Space Mountain is a black hole with nothing to see?”

“We haven’t even told her it’s a roller coaster,” Julian said. “You want her to go on the ride, or don’t you?”

“Do you really need me to answer that?”

They climbed in, Ashton and Julian first, then the girls in front of them. Zakiyyah tried to sit forward as much as possible, but the bench was narrow and short. Her hips fitted between Ashton’s splayed legs.

“Can you open your legs any wider?” she said.

“Said the bishop to the barmaid,” said Ashton.

“Josephine! Your friend’s friend is making inappropriate remarks to me.”

“They’re most certainly not jokes because jokes are funny. People laugh at jokes. Did you hear anyone laughing?”

Zakiyyah sat primly, holding her purse in her lap.

Ashton shook his head, sighed. “Um, why don’t you put your bag down below, maybe hold on to the grip bars.”

Zakiyyah was thrown backwards – into Ashton’s chest. Her hips locked inside Ashton’s legs. The purse dropped into the footwell. Seizing the handlebars, she screamed for two minutes into the cavernous dome.

When it was over, Julian helped a shaky Zakiyyah out, Josephine already on the platform, jumping and clapping. “Z! How was it? Did you love it, Z?”

“Did I love being terrified? Why didn’t you tell me it was a rollercoaster in pitch black?”

They had a ride photo made of the four of them: Zakiyyah’s mouth gaping open, her eyes huge, the other three exhilarated and laughing. They gave it to her as a keepsake of her first time on Space Mountain, a real artefact from an imaginary place.

“Maybe next time we can try Peter Pan,” Ashton said as they were leaving the park after the fireworks.
“Who says there’s going to be a next time?” said Zakiyyah.

“Thank you for making this happen,” Josephine whispered to Julian in the parking lot, wrapping herself around his arm. “I know it didn’t seem like it, but she had fun. Though you know what didn’t help? Your Ashton pretending to be a jester. You should tell him you don’t have to try so hard when you look like a knight. Is he trying to be funny like you?”

“He’s both a jester and a knight without any help from me, believe me,” said Julian.

Josephine kissed him without breaking stride. “You get bonus points for today,” she said. “Wait until we get home.”

And other days, while she walked through Limbo past the violent heretics and rowed down the River Styx in Paradise in the Park, Julian drove around L.A. looking for new places where she might fall in love with him, like Disneyland. New places where his hands could touch her body. They strolled down Beverly and shopped for some costume jewellery, they sat at the Montage and whispered in nostalgia for the old Hotel Bel Age that overlooked the hills. He raised a glass to her in the Viper Room where not long ago someone young and beautiful died. Someone young and beautiful always died in L.A. And when the wind blew in from Laurel Canyon, she lay in his bed and drowned in his love and wished for coral trees and red gums, while Julian wished for nothing because everything had come.

But that was then.

“One of our most exiting writers” Woman and Home

“Everything a romance glutton could wish for,” Daily Mail

“The Charisma of the writing and perfect pitch dialogue are apparent from page one.” Glamour 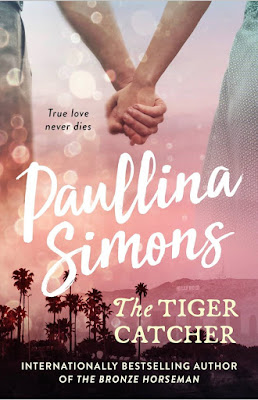 True Love Never Dies. The young and handsome Julian lives a charmed life in Los Angeles. That is, until his world is turned upside down by a love affair with Josephine, a mysterious young woman who takes him by storm. But she is not what she seems, carrying secrets that tear them apart—perhaps even forever.

And so begins Julian and Josephine’s extraordinary adventure of love, loss, and the mystical forces that bind people together across time and space. A journey that will propel Julian toward either love fulfilled…or oblivion.

Nearly twenty years after the publication of the runaway international bestseller, The Bronze Horseman, comes Paullina Simons’s first new epic love story in a generation. The End of Forever is a stunning new saga which will take readers from the depths of despair to the dizzying heights of joy with an unforgettable story of love lost and found.

Book 3, The Inexpressible Island, will be published in December so you don't have long to wait to find out how the trilogy ends! 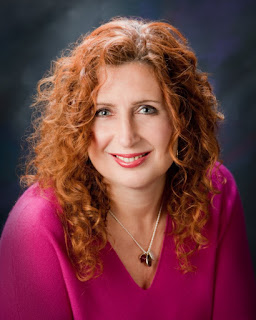 Paullina Simons is the author of thirteen novels, a memoir, a cookbook, and two children’s books. Born and raised in the Soviet Union, she immigrated to the United States in the mid-seventies. She graduated from the University of Kansas and wrote her first novel, Tully, at twenty-nine. She has lived in Rome, London, and Dallas, and now lives in New York with her husband and half of her children.

Visit Paullina Simons' website for more information and don't forget to check out the rest of the stops on the blog tour: 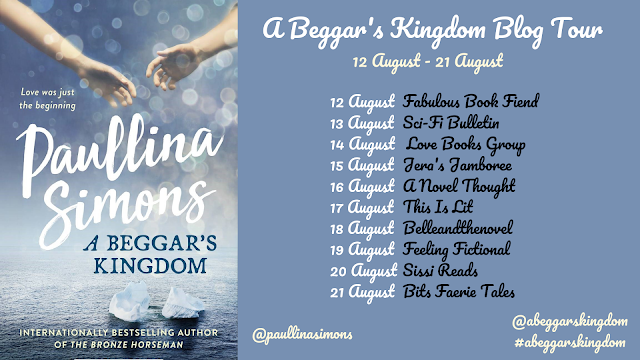