Review: The Near Witch - V.E. Schwab 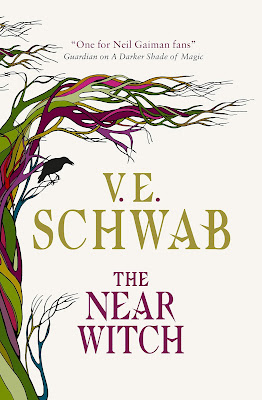 The Near Witch is only an old story told to frighten children.

If the wind calls at night, you must not listen. The wind is lonely, and always looking for company.

There are no strangers in the town of Near.

These are the truths that Lexi has heard all her life.

But when an actual stranger, a boy who seems to fade like smoke, appears outside her home on the moor at night, she knows that at least one of these sayings is no longer true.

The next night, the children of Near start disappearing from their beds, and the mysterious boy falls under suspicion.

As the hunt for the children intensifies, so does Lexi’s need to know about the witch that just might be more than a bedtime story, about the wind that seems to speak through the walls at night, and about the history of this nameless boy.

Part fairy tale, part love story, Victoria Schwab's debut novel is entirely original yet achingly familiar: a song you heard long ago, a whisper carried by the wind, and a dream you won't soon forget.

Review:
Lexi lives in the small town of Near, it's isolated location on the moors ensure that they don't get visitors so it's a well known fact that there are no strangers in Near. Lexi also grew up on stories about the Near Witch, the tales were told to frighten naughty children but she never believed they might be true. Not until children start going missing in their beds the same day a mysterious stranger is spotted on the moor. The villagers are immediately suspicious of the stranger but Lexi isn't so sure that Cole is to blame, in fact she believes he might be the only person who is able to help her find the missing children.

Even though this edition of The Near Witch was only published earlier this year this is actually V.E. Schwab's debut novel. I was really pleased when I found out the story was being republished by Titan books since it's been out of print for a while and I was having trouble getting hold of a copy. There is no doubt that this is a creepy and atmospheric read that has almost a fairytale like feel to it. I did find the first half a little slow going and I don't think the romance was as well developed as it could have been but it was an enjoyable story and I absolutely loved the setting.

This edition also includes the short story The Ash-Born Boy which was previously available to read online for free but I don't believe was ever in print before. This gives us some insight into Cole's mysterious background. I hated seeing everything that he had to go through but I kind of lost all sympathy for him at the end when he destroyed an entire city full of innocent people. I get wanting revenge on the people who hurt you but that doesn't justify hurting innocents. To be honest I probably could have done without reading this story as it left me with a bitter taste in my mouth.