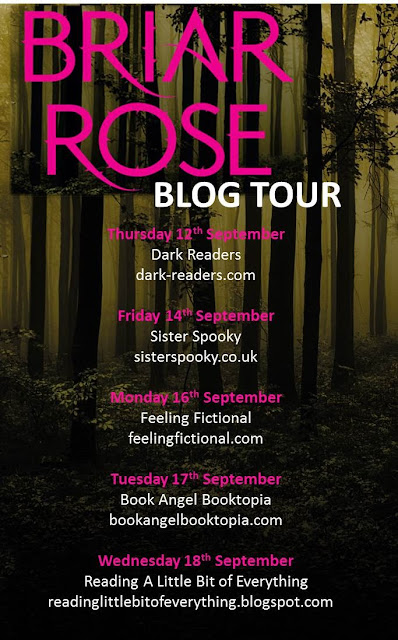 I'm a huge fan of Jana Oliver's Demon Trappers series so of course as soon as I heard about her new stand alone novel I couldn't wait to read it. Especially when I found out that Briar Rose is a fairytale retelling of Sleeping Beauty! I've already read the story and really enjoyed it (watch out for my review which will be posted later today) so I'm thrilled to welcome Jana to the blog today as part of the blog tour to celebrate the Briar Rose release. Before I hand over to Jana let me give you a bit more information about the book: 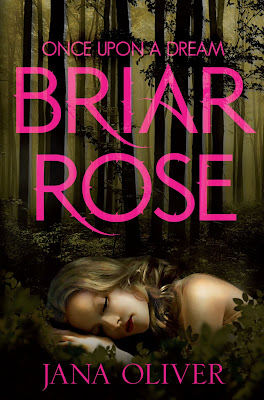 And now, because of a family curse, she's living one. Doomed to fall asleep for one hundred years on her sixteenth birthday, Briar has woken up in the darkest, most twisted fairy tale she could ever have dreamed of - miles away from the safe, boring small-town life that she has left behind.

Briar must fight her way out of the story, but she can't do it alone. She always believed in handsome princes, and now she's met one her only chance is to put her life in his hands, or there will be no happy ever after and no waking up . . .

Now please give a very warm welcome to Jana as she tells you all about her favourite fairytale villains!

Every good fairytale needs a baddie, be it a man-eating giant or an evil step-mom. With so many to choose from, I’ve winnowed the candidates down to my top five favourites.

And First place goes to….

The Queen/Step-Mother from Snow White

This lady takes body image issues to a new and disturbing level. She is convinced her seven-year-old step-daughter (Snow White) is prettier than she is. Then there’s that whole ‘conversing with a mirror’ thing, which is way creepy. And let’s not forget that in some versions of the tale the queen channels her inner Hannibal Lector and demands Snow’s liver and lungs for a main course. Ugh.

You know, the one who was so incensed that the king failed to show her proper respect, she cursed his infant daughter Aurora (aka Briar Rose/Sleeping Beauty) to die. Gets extra points for her name (Maleficent), the wicked thorn hedge that encircled the castle, and creative use of a spindle as a lethal weapon.

The Witch from Hansel and Gretel

Where it could be argued this grumpy homeowner did have cause to get all over these kids (they were eating her house) her method of punishment (fattening them up and then popping them in the oven until golden brown) was over the top. A gourmet chef she is not.

The Pied Piper of Hamlin

You know the story – musical guy makes deal to rid a town of its rat problem, does just that, then gets stiffed by the townspeople. So Mr. P. goes one better – he pipes their children away until the parents cough up the money. Purely a contract dispute, right? Except in one of the darker versions of this tale he leads the kids through a river and drowns the lot of them. Oh my.


And last, but certainly not least…

A serial groom if there ever was one. What did he expect? He gives his (latest) bride the key to the one room she must never enter and becomes homicidal when she spies the bloody bodies of her predecessors. Talk about a downer of a honeymoon. Hopefully the current Mrs Bluebeard had a pre-nuptial agreement – I give this marriage a week…tops.

Thanks for a fab guest post Jana. I think I'd have to agree with your top villain being the Queen from Snow White but I'd also have to add in Rumpelstiltskin and the wolf from Little Red Riding Hood (although I guess if you were the wolf you might think that the Huntsman is actually the bad guy LOL). I don't think I've ever read Bluebeard's story but he certainly sounds like a terrifying husband! Who could possibly resist entering a room that they're banned from? Especially when they've been given a key. That's like having a big red button with "don't touch" written on it - I guarantee I'd be the one who ended the world by pressing it :o)

Who are your favourite fairytale villains? Do you have any others to add to Jana's list?
at 09:00