Vote for your #MrSeptember for the chance to win fabulous prizes! 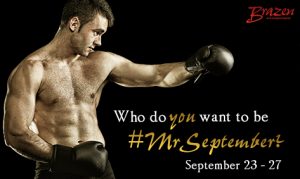 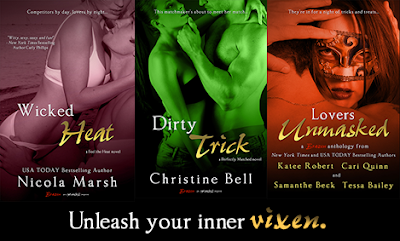 The six heroes from this month’s BRAZENS are battling it out to be your Mr. September. Who gets your vote?

Each day this week the six heroes are stopping by some awesome blogs to answer both sexy and sweet personal questions, so you can really get a taste of what they’re like ;) Each day you get to cast your vote, and at the end of the week one sexy hero will be crowned the winner of the #MrSeptember Throwdown!

Remember, each vote also counts as an entry for one of SIX prizes so be sure to follow along and vote every day to increase your chances of winning! Visit Entangled in Romance for a recap on the awesome prizes!

Now, to meet the men competing in the #MrSeptember Throwdown! 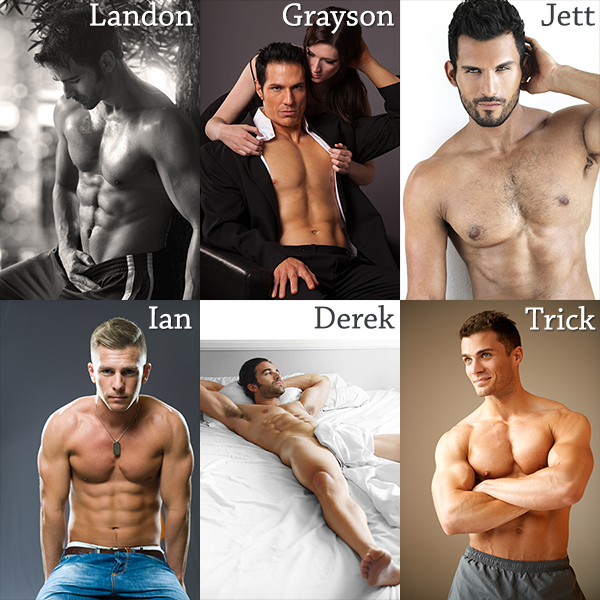 Whew! Hot, hot, hot - these men have definitely turned up the heat!

Here are today’s questions for the men

Question #7: What’s the sexiest fantasy you’ve had about your leading lady?

Grayson: It involved bending her over my desk...

Trick: How much time do you have? Not a lot? I’ll just tell you the dream I had last night, then. We were at a little Italian restaurant tucked into a dark corner. Right when the waiter came over, I ducked my hand under the table and slipped it between Gracie’s legs. She was wearing a skirt but no underwear, and as soon as I touched her, her face went all pink and her eyes got glassy. She was so hot and…*clears throat* anyway, when it was her turn to order, her voice did that sexy little hitch it does? She didn’t move away though. She just sucked in a shuddery breath and asked for a glass of wine. When the waiter left, she looked me dead in the eyes and said “You better be prepared to finish this, buddy. And remember, payback is a bitch.” That was a lie. Because payback? Was fucking mind-blowing.

Derek: I'm working late and she comes into the police station. Dripping wet from the rain. I can tell she's feeling a little desperate for me. Which is perfect, since I'm always desperate for her. As usual, I've been growing restless…I always do when I've been deprived of her too long. Without a word, I walk her to my office and tell her to strip while I look my fill. Then I put her on my desk, where she's been inhabiting my head for hours. Then I make her ask nicely for every thrust of my hips.

Jett: The moment I saw that Kink Kit in Allegra’s hotel suite, I imagined exploring what was in that box with her. Tying her up, teasing her mercilessly…oh yeah, frigging hot.

Landon: Refer to the law firm encounter mentioned above. Steff bent over the counter, her firm, supple body bared to my touch, her moans echoing off the walls... *clears throat* Next question, please.

Derek: Ginger's chicken pot pie. The way she keeps trying to improve the recipe…she doesn't realize I love it just because she made it.

Jett: Pav. Nothing beats the perfect Aussie pavlova. Meringue base, lashings of whipped cream, topped with strawberries and passionfruit. Best comfort food ever. Plus there’s always whipped cream left over and I can think of many sensual uses for that…

You can vote once a day for your Mr September using the rafflecopter form below. Each vote will give you a chance to win one of the following fantastic prizes: