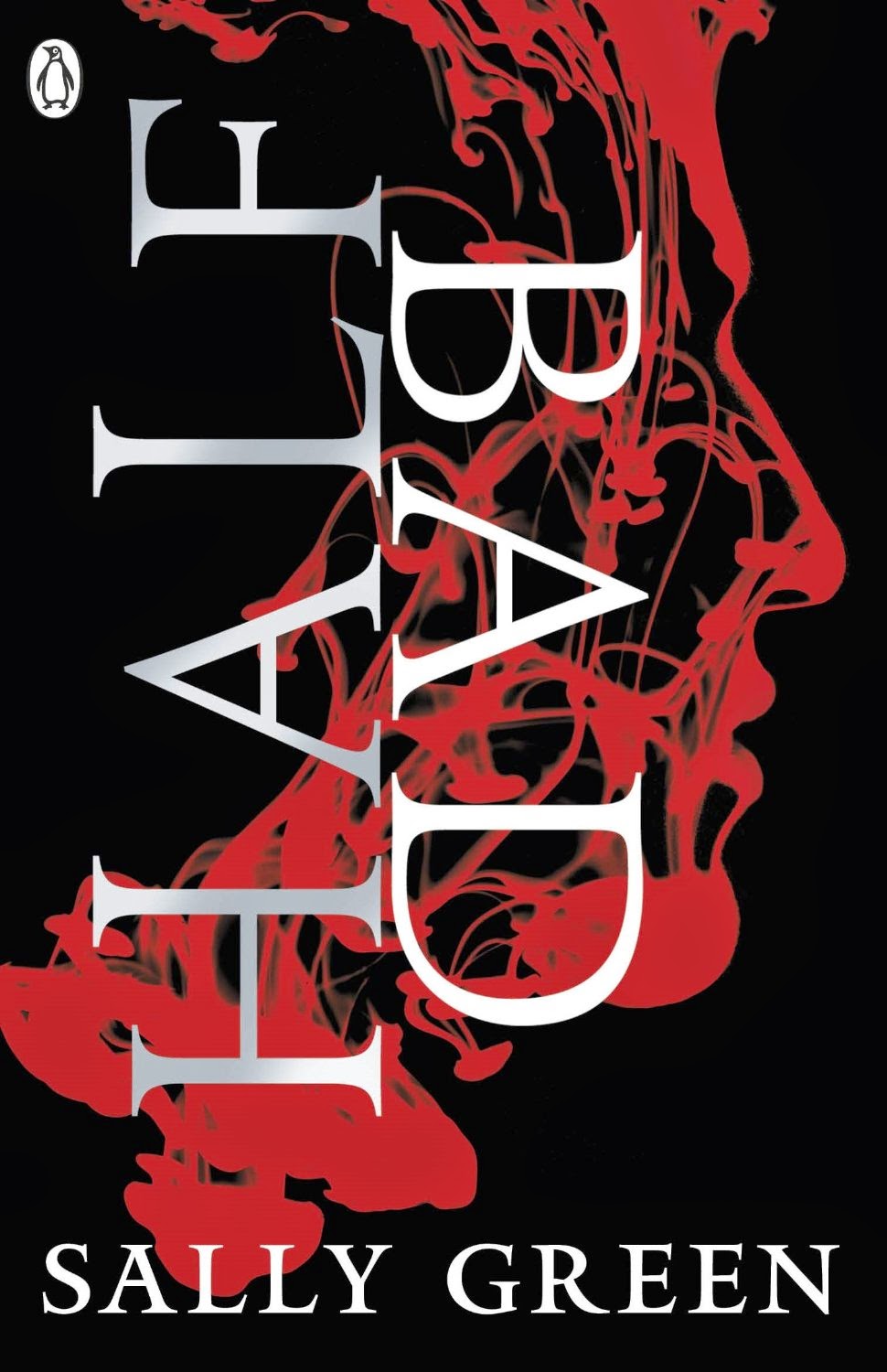 Half Bad by Sally Green is a breathtaking debut novel about one boy's struggle for survival in a hidden society of witches.

You can't read, can't write, but you heal fast, even for a witch.

You get sick if you stay indoors after dark.

You hate White Witches but love Annalise, who is one.

You've been kept in a cage since you were fourteen.

All you've got to do is escape and find Mercury, the Black Witch who eats boys. And do that before your seventeenth birthday.

Review:
Half Bad is one of those books that has had a huge amount of hype surrounding it and since I love all things fantasy, magic and witches especially, I couldn't wait to read it. I had high expectations for the story though and I have to confess I was kind of disappointed. There were parts of the story that I really loved but at other times I found it quite slow and almost boring because not much was happening so while I would say it is worth a read it won't be making it onto any of my favourites lists and I'm not convinced it deserves the amount of hype it has been given. I've certainly read better and less well known books about witches.

There are two types of witches, the good white witches and the evil black ones, we're not actually told a great deal of information about why white is good and black is bad so you'll have to guess that for yourself but the white witches are definitely in charge. Nathan is a rarity, he is a half code witch, his mother is a white witch and his father is one of the most notorious black witches who ever lived. The white witches aren't too sure what to do with him, they believe he is destined to become evil like his father and because they fear him they are incredibly prejudiced towards him and do whatever they can to make his life a misery. They are constantly inventing new rules and regulations that only effect half codes and since Nathan is the only one it is quite obvious who they are aimed at. Nathan is being raised by his grandmother and she, along with two of his siblings, Deborah and Aaran, are the only ones who have ever really cared for him. His mother is dead, something his older sister, Jessica, blames him for and he's never met his father.

Life isn't easy for Nathan, in fact for the majority of the book it's pretty damn depressing seeing how terribly he is treated by the supposedly good white witches. At school he is befriended by a white witch Annalise but this has terrible consequences because her family are not happy to see her anywhere near Nathan, and he is punished badly for it. It is incredibly easy to like Nathan, he starts the story as such a sweet and confused young child and we see him grow into an angry young man because of the treatment he receives. Considering everything he goes through it almost wouldn't be surprising if he completely flipped and went on a killing spree but he really just wants to find a place where he will be left alone and allowed to live in peace. My heart broke for him so many times and I was so angry at the white witch council for the way they acted towards him. This is definitely one of those stories where the people who are supposed to be good are actually anything but. I get that the author was trying to show how bad life was for Nathan but honestly I felt there was just too much emphasis on the torture he suffered. It just never stopped and since it was so painful to read about it made me put the book down and walk away on several occasions. I kept coming back to it because I wanted to see Nathan escape but I think I'd have enjoyed the story more if it hadn't been quite so graphic or gone on for such a huge length of time.

As much as I was depressed by the amount of torture I was also disappointed by the lack of magic considering this is a book about witches! I would have loved to learn more about how magic works in this world, I wanted to see Nathan learning great things and perhaps that would have given me more of a sense that there was light at the end of the tunnel for him. I would also have liked more information on the world, is this modern day England or is it set in the past? A lot of the story had an older feel to it but then it mentions the children watching TV which confused me. I also wanted to know more about how the witches have remained hidden from the humans for so long. Considering how long this book is the world didn't feel very fleshed out which is disappointing.

Although Half Bad didn't wow me it is still a fairly solid start to a new series and considering it's Sally Green's debut novel I think the series will only get better from here onwards. I think if it hadn't been so over-hyped and my expectations hadn't been so high when I picked it up I would probably have enjoyed it more. One thing this story does really well is show how groups of people can become prejudiced to a ridiculous degree when they fear something or someone strongly enough. It also raises interesting questions about whether someone can be destined to be evil just because of who their parents are or whether their upbringing can help them learn to be good. Poor Nathan has spent so many years being tortured by the white witches that he really has every reason to hate them and turn black and I'll be interested to see what happens to him as the series continues.