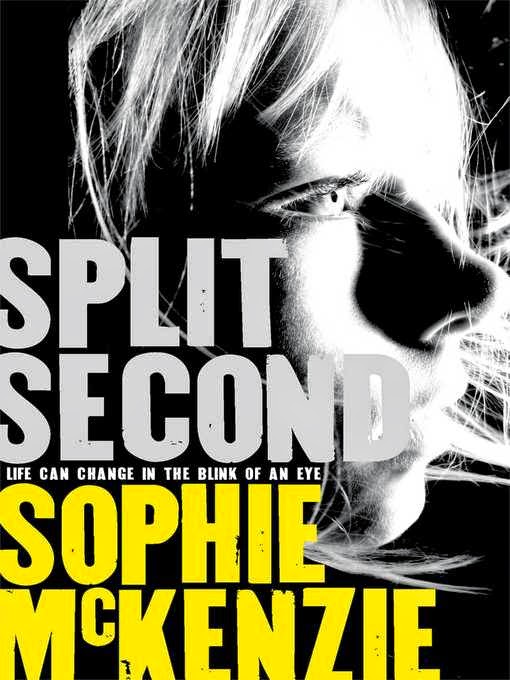 Charlie's life is torn apart by a terrorist bomb in a London market. Months later she meets Nat, whose family has been left devastated by the same explosion. But as Charlie gets closer to Nat she starts to wonder if he knows more about the attack than he is letting on . . .

Life can change in the blink of an eye - whether you're ready or not.

Review:
Split Second is non-stop action from the very first page. Any book that opens with one of the main characters running through a busy London market trying to stop a terrorist attack is bound to capture my attention and I was immediately hooked into the story. The subsequent bomb blast changes both Nat and Charlie's lives forever and links them together in a desperate need for answers and revenge.

This is a really hard book to review because I want to shout from the rooftops about how amazing it is but I'm incredibly wary of giving anything away because there are just so many twists and turns that you'll never spot coming. I'm keeping this deliberately vague but I can tell you that this is set in a not too distant future, one that it is very easy to picture happening, although I really hope it doesn't! Rather than some kind of global disaster or epic war the world has been changed by a continuing downturn in the market, the recession has continued getting worse leading to extreme poverty amongst the masses. There is overcrowding and food shortages and unless you're one of the wealthy minority life isn't great. With a large number of unhappy people rioting isn't uncommon and terrorism is on the rise.

The story is told from the dual perspectives of Charlie and Nat, both of whom witnessed the bomb that destroyed half of the Canal Street market and we see that event through both of their eyes. They are unable to put their memories of that day behind them because it continues to have such a huge impact on their lives in the present. They are both desperate for answers but searching for them may just lead them down a crazy rabbit hole that they'll never escape from. I loved both of these characters, they are each flawed in their own ways but at the same time they're incredibly strong and brave enough to stand up for what they believe in.

I really can't say much more about Split Second so I'm going to finish this review by saying that it is my favourite Sophie McKenzie book to date and I'm so glad that the sequel, Every Second Counts, is already available because I can't wait to find out what happens next!