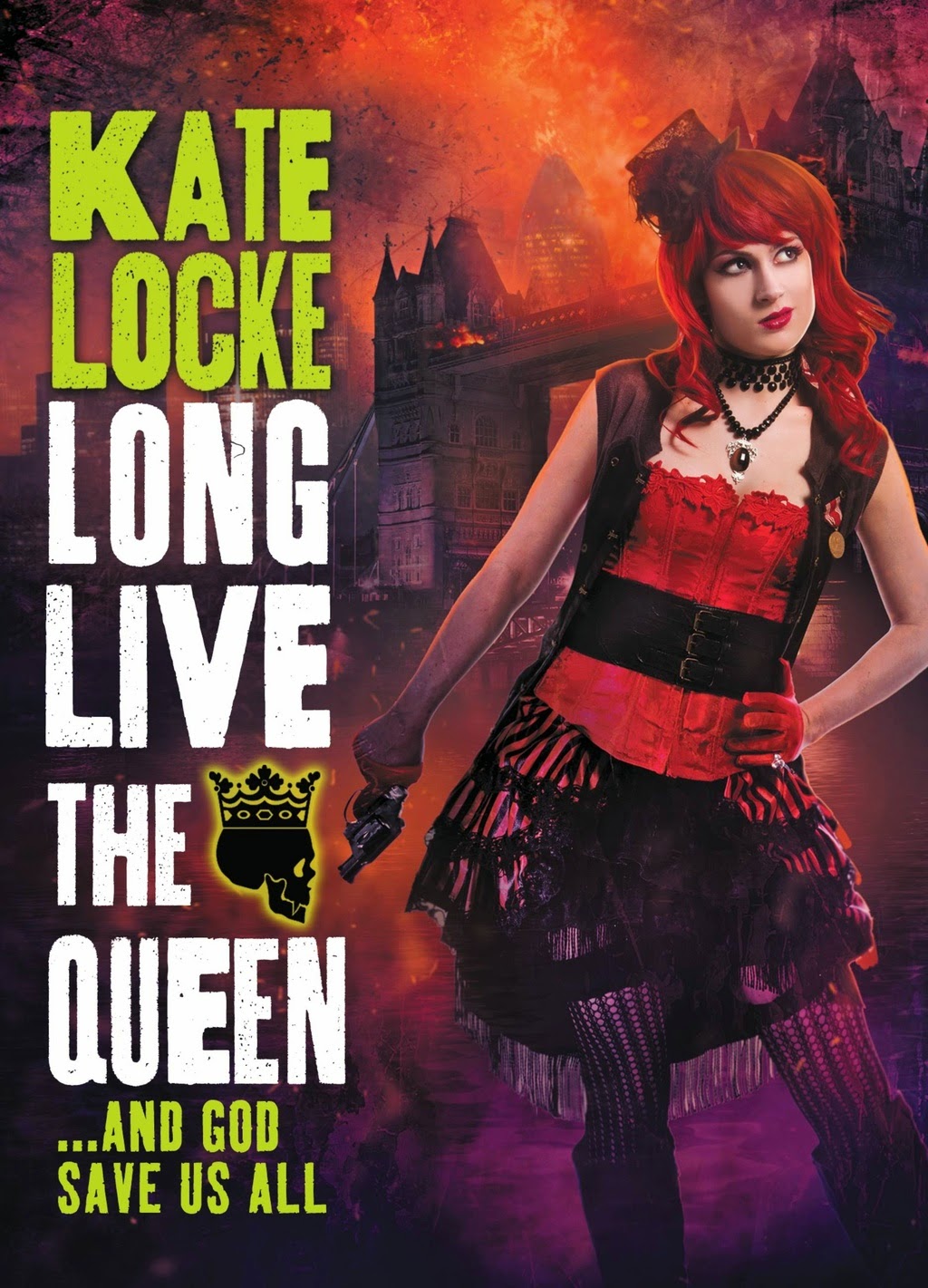 Xandra Varden thought life would be simpler when she accepted the goblin crown and became their queen, but life has only become more complicated. The vampires, werewolves and humans all want the goblins on their side, because whoever has the goblins - wins.

With human zealots intent on ridding the world of anyone with plagued blood, and supernatural politics taking Britain to the verge of civil war, Xandra's finding out that being queen isn't all it's cracked up to be. And if she doesn't do something fast, hers will be the shortest reign in history.

The fantastic conclusion to the series which started with the undead steampunk debut God Save the Queen.

Review:
I have really enjoyed the Immortal Empire series and am actually quite sad to see it come to an end but I would rather Kate Locke ended things on a high note and that's exactly what she has done with Long Live the Queen. As much as I'm hoping she'll change her mind and continue to explore this world and it's fantastic characters I'm happy that she has tied up all the loose ends and given readers a satisfactory ending. Do I think there is room for a spin off series? Absolutely yes, but I won't be upset if there isn't.

Xandra has come a long way since the first book, not only has she accepted her goblin heritage she is now proud of it and she has really come to care for the goblins who fall under her rule. She never wanted to be a queen but she is determined to be the very best one possible and she will do anything in her power to prevent her goblins being taken advantage of by the rest of the supernatural population. The goblins are a powerful force to be reckoned with and even Queen Victoria has come to realise that she will have to work with Xandra if she wants to prevent a war between the humans and the supernatural races. The alliance between the goblins and the werewolves is a natural one considering Xandra's relationship with Vex but they are all much more wary of the vampires and Victoria. Especially when it is clear that someone high up in the vampire hierarchy is behind the missing halfies and the gruesome experiments that are being carried out on them.

There is a lot going on in this book as Kate Locke ties up the various outstanding plots from the series. We finally get to uncover who is behind the experiments but we also see some very interesting and unexpected results from the time Xandra spent in captivity. Xandra is betrayed by people she should be able to trust but she also makes some unexpected allies that are sure to change everything. We get to see her spending time with her siblings which I've always enjoyed and we also see some progression in her relationship with Vex. I've said it before but I'll say it again - I love them together! Most of all I love the fact that Vex sees Xandra as an equal, he may be a powerful alpha and his instincts tell him to protect her but he would never try to stop her fighting for her people, he just stands up and fights right alongside her.

I don't want to say too much more but I'm sure anyone who has enjoyed the previous books will love this final instalment. I am sad it's come to an end but I will definitely be keeping an eye out for more from Kate Locke in the future and she's already on my auto-buy list!

Source: Received Orbit in exchange for an honest review.