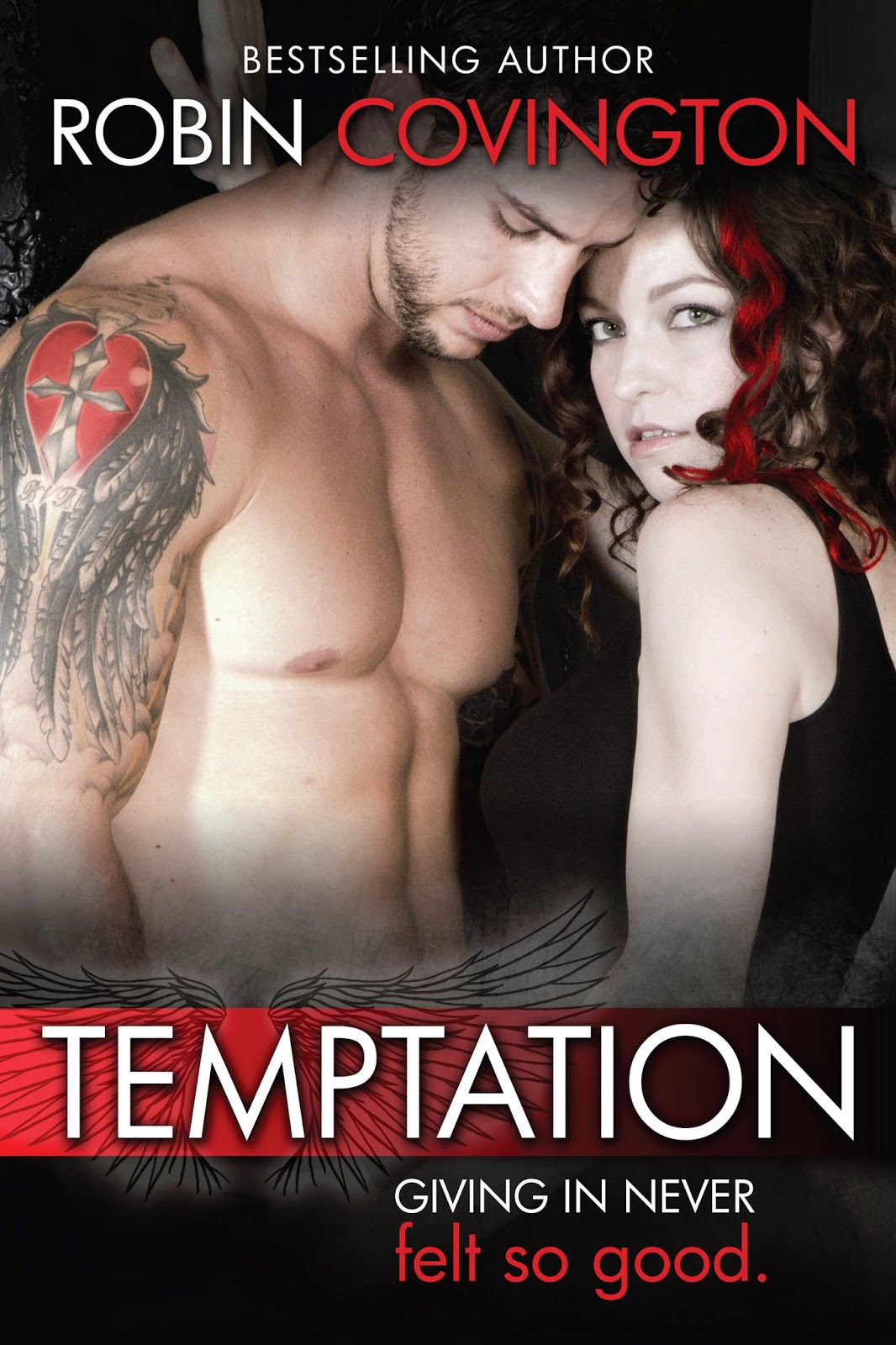 She needs to be good.

Review:
I'm a huge fan of Robin Covington's adult contemporary romances so when I found out she was writing her first NA story and it was about a female country singer and a hot bad boy fireman I couldn't wait to read it. There is definitely a big trend for musicians in NA romances right now, it's obviously a big seller and I've read some really good stories but most of the time it's the guy who is a member of the hot rock band and the girl who is someone from out of the public eye so it made a nice change to see that turned on it's head in Temptation.

Kit is only 21 but she's a huge star who went from living on the streets to being signed and becoming an overnight sensation when she was just 17. She was thrown into the spotlight at a young age and it's put a lot of pressure on her knowing that she is responsible not just for herself but also for all the people who work for her. Her career has taken a bit of a beating recently since she fell of the rails after a nasty break up and ended up in rehab but she's slowly working at building things back up again. Her record label were reluctant to give her a second chance so she's on her final warning and she's got to do whatever it takes to keep them on side and that means playing up her good girl image and keeping out of the spotlight.

Max is a bad boy firefighter who was badly burned by his last relationship and has no intention of letting it happen again. He's happy playing the field and when he is thrown together with Kit for publicity shots after saving her from a fire he is more than willing to have a little fun with his favourite fantasy woman. Kit can't afford the scandal of a public relationship but the chemistry she has with Max is hard to resist. Surely they can have a little fun in private until she has to leave on tour to promote her new album without getting into too much trouble? It isn't quite as easy as they think to keep their relationship out of the public eye though and with reporter's following their every move Kit could end up losing everything.

Temptation was a hot and spicy read and I thoroughly enjoyed it, I definitely wouldn't mind meeting a guy like Max in real life! I liked both of the main characters and felt that they worked well together as a couple, there were a few moments when I felt that there was a little too much angst between them but overall I thought their problems were realistic ones considering their situation and I enjoyed seeing how they would overcome the odds to work things out. If you've not read anything by Robin Covington before then this would be a great place to start but I'd also highly recommend her adult series starting with A Night of Southern Comfort because she writes fabulous and sexy contemporary stories.