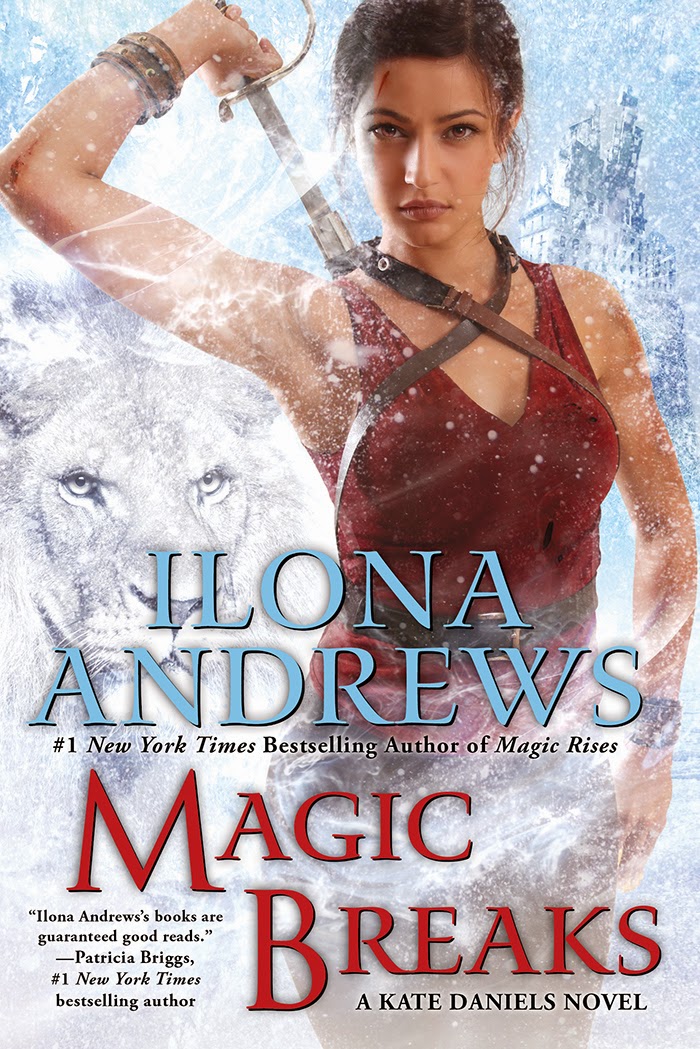 No matter how much the paranormal politics of Atlanta change, one thing always remains the same: if there’s trouble, Kate Daniels will be in the middle of it...

As the mate of the Beast Lord, Curran, former mercenary Kate Daniels has more responsibilities than it seems possible to juggle. Not only is she still struggling to keep her investigative business afloat, she must now deal with the affairs of the pack, including preparing her people for attack from Roland, a cruel ancient being with god-like powers. Since Kate’s connection to Roland has come out into the open, no one is safe—especially those closest to Kate.

As Roland’s long shadow looms ever nearer, Kate is called to attend the Conclave, a gathering of the leaders from the various supernatural factions in Atlanta. When one of the Masters of the Dead is found murdered there, apparently at the hands of a shapeshifter, Kate is given only twenty-four hours to hunt down the killer. And this time, if she fails, she’ll find herself embroiled in a war which could destroy everything she holds dear...

Review:
I've said it before but I'll say it again - I'm an Ilona & Gordon Andrews fan girl, in fact, I'm a total addict of this series and Kate & Curran are one of my favourite fictional couples ever. So it would be fair to say that I was excited to get my hands on an advanced copy of Magic Breaks. In fact I was so excited about it that I actually read it twice before the release date - that's how fantastic this book is. So, you're probably wondering why it has taken me so long to write this review and my answer is that I've been feeling intimidated. How can I possibly describe the level of awesome that this book (in fact, this entire series!) has reached? I'm afraid to say that this review will probably involve a lot of gushing but I've decided that I just have to share my feelings about it and hope you'll forgive me for lack the of sensible insight.

Fans of the series will already know that this book is the cumulation of the long running story arc with Kate's father Roland, that doesn't mean this is the end of the series, just that Magic Breaks is a game changer. This confrontation has been a long time coming and it's fair to say expectations were high for Kate and Roland's first face to face meeting. I've spent a lot of time throughout the books wondering what would happen when they met but I don't think I could ever have been fully prepared for what actually happens. The showdown is nothing like I was expecting but it has totally set things up for exciting things in the future. That ending was epic and I can't wait to see where things go from here.

I love how much Kate has grown as a person throughout this series, she has come such a long way but she still has a lot to learn about her abilities and she doesn't have full control over her powers yet. The most special thing about these books has been seeing her go from a lonely young woman who felt she had to keep everyone at a distance to someone who has close friends and a self-made little family that she would give her life to protect. She has worked hard to find her place in the Pack and she comes into her own even more in this book when she has to take charge while Curran is absent. I love how her relationship with Curran has developed too, they have become such a strong couple and no matter what happens they never lose faith in each other. I adore them both and find myself wanting to reread every single moment they spend together.

I don't want to say too much about the plot of Magic Breaks because I would hate to give spoilers but I will mention a few other highlights. I loved the bickering between Derek and Ascanio who had me laughing out loud numerous times with their antics. Kate's confrontation with Jennifer was a long time coming but so worth the wait - that really was the best smack down EVER. I enjoyed getting to learn a bit more about Ghastek and his background and I'm actually kind of starting to like the guy. Andrea is awesome and she always has Kate's back no matter how dangerous the situation, how fantastic is it to have more than one strong female character in a series! Magic Breaks is everything I want from a book in this series, it is humorous and has some fantastic one liners, it is action packed and full of unexpected surprises and most of all it has the best characters, the strongest friendships and a wonderful relationship between the main characters. There is so much to love about these books and it's quite unusual to find a series that is still this fresh and exciting seven books down the line, I never want it to end.