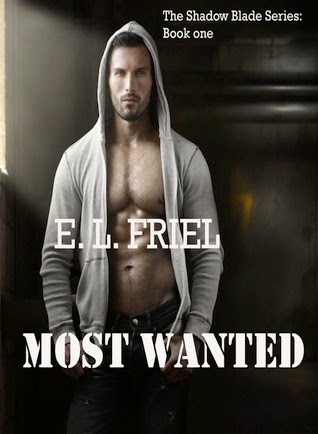 Bounty Hunter Ariel McQueen has just days to find and capture a lowlife vampire, claim her reward and pay off a debt. Being fifty percent demon herself (and one hundred percent kickass), she’s not sweating it.

What she doesn’t count on however is the mysterious millionaire demon slayer Jax Sayer killing her bounty and totally screwing up her life in the process.

Teaming up to hunt down a serial killing bloodsucker, the two born enemies find themselves fighting an army of demons, underworld mobsters and the ghosts of their own pasts. But nothing’s as dangerous or as deadly as the white hot desire that’s simmering between them.

Between love and slaying there’s a very fine line.

Ariel is a half demon bounty hunter who desperately needs to capture her latest vampire target so that she can pay off an outstanding debt. It should be easy money but when demon slayer Jax steps in to help he ends up killing her target. Ariel was supposed to bring in the vampire alive and now she's out of pocket and in a whole heap of trouble because of the money she owes to a loan shark. Determined to make it up to Ariel, Jax offers to help on her next job and the two of them suddenly find themselves up against a whole hoard of unusually strong vampires. Can they figure out how to take down their target in time for Ariel to collect the bounty?

Jax and Ariel are drawn to each other from the beginning and the heat between them is palpable. As a demon slayer and a half demon they should be natural enemies but spending time together forces them to question their beliefs and wonder if there could ever be a future between them. I loved the chemistry between them and we are treated to some fabulously hot sex scenes - this is definitely an adult book! - but I also really enjoyed the world building and seeing them fight alongside each other against the vampires.

Most Wanted is a fast paced story with a nice amount of action and plenty of smut. I have to be honest and say it could have really used another round of editing, there were quite a few typos and mistakes and I did reduce the rating a little because of that. I also felt that the romance moved a little too quickly and I'd have liked to see Ariel and Jax spending a bit more time together before they fell in love. However, I still really enjoyed the story and would love to continue reading about this couple so the next book will be an automatic purchase as soon as it's available.