I absolutely love Six of Crows, in fact I'm a huge fan of all of Leigh Bardugo's books, so it made sense to combine my love of her writing with my love of Book Folding and create something to display on my overflowing Leigh Bardugo book shelf.

The obvious idea was to recreate the official Dregs tattoo which is described in the book as "a crow trying to drink from a near empty goblet". I found a picture online of the temporary tattoo created as a preorder promotion for the series (see below left), it's a gorgeous tattoo but the image is far too complex to turn into a book fold so I had to come up with my own, more simple, version of the design (below right). 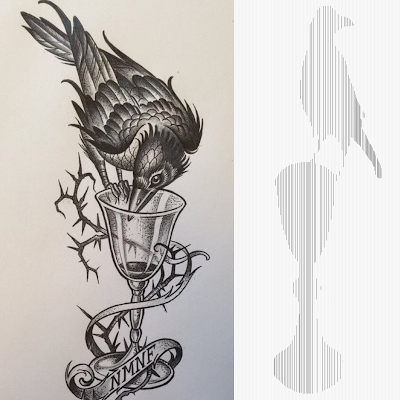 I know it's not quite the same but you can't put too much detail into a book fold or it won't work, you need a fairly straightforward silhouette to work from and I'm thrilled with the finished results. This is the first book fold I've made using a book with coloured edges to the page and the black really helps the design pop. 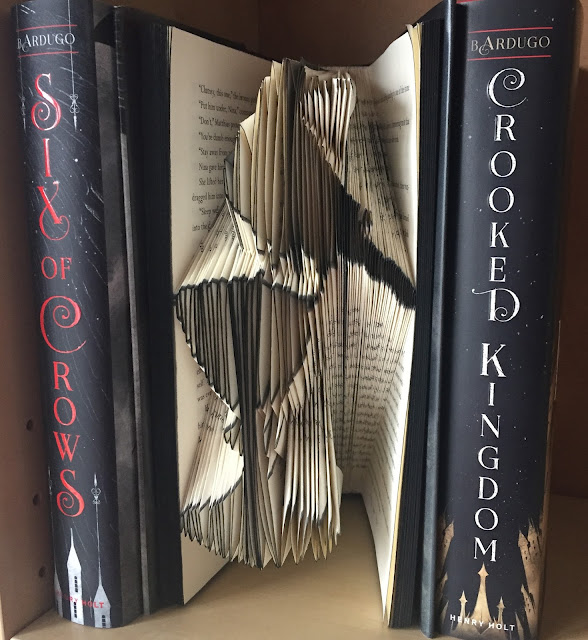 As much as I love the finished book fold it's actually been the hardest one to get a photo of but I think that gives you a good idea. 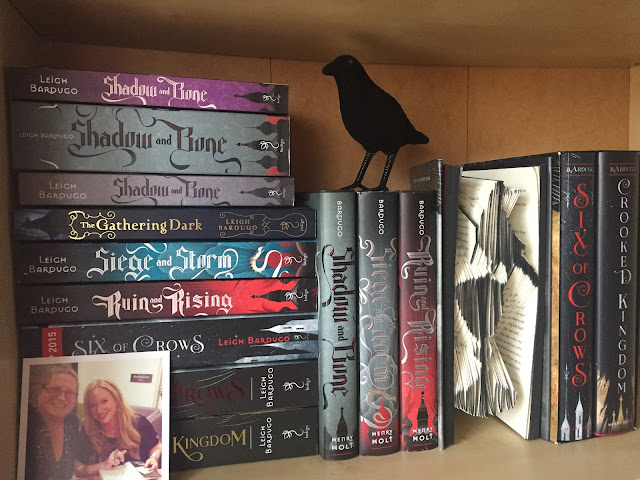 I think it's the perfect addition to my Leigh Bardugo bookshelf!
at 18:00