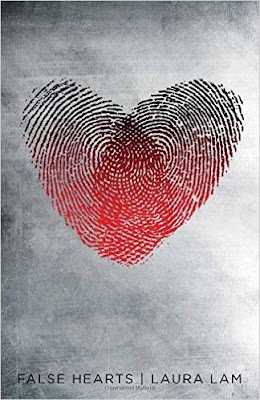 To save her twin, she must take her identity

One night Tila stumbles home, terrified and covered in blood. She's then arrested for murder, the first by a civilian in decades. The San Francisco police suspect involvement with Verve, a powerful drug, and offer her twin sister Taema a chilling deal. Taema must assume Tila's identity and gather information to bring down the drug syndicate. The police may then let her sister live. However, Taema's investigation raises ghosts from the twins' past.

The sisters were raised by a cult, which banned modern medicine - yet as conjoined twins, they needed life-saving surgery to replace their failing heart. And with help from co-conspirators, they escaped. Taema now discovers that Tila had found links between the cult and the city's criminal underworld. The twins were once unable to keep secrets, but will learn the true cost of lies.

Review:
When her twin sister comes home covered in blood and is promptly arrested for murder Taema is convinced that there must be some kind of explanation. She is sure that Tila must be innocent no matter how much evidence is stacked against her. With the police determined to press charges there is only one thing standing between Tila and the death penalty and that's Taema. The police offer her one chance to save her twin's life, if Taema goes undercover as her sister and helps them bring down a drug syndicate they claim Tila was involved in then Tila's life will be spared. Taema will do whatever it takes to clear her sister's name but the deeper she digs into Tila's life the more she starts to realise that she never really knew her sister at all.

False Hearts is Laura Lam's first foray into the world of adult sci-fi thrillers and what a great start it is. As a huge fan of the author's Pantomime series I had high hopes for this one but the genres are so different that I wasn't quite sure what to expect. Laura Lam has created a believable futuristic world full of completely believable advances in technology. Even people's dreams can be monitored and there are drugs that allow people to live out their fantasies in dreams that feel so lifelike that they never want to leave. Crime rates have fallen considerably and Tila is the first person arrested for murder in 10 years because violent personalities are able to play out their dark fantasies in dreamscapes rather than reality.

Conjoined twins Taema and Tila were born in an isolated commune that had no access to all the technology the rest of the world take for granted. They'd still be living in Mana's Hearth now if they hadn't started suffering with health issues. When their heart started to fail their only option was escape and it was at this point they were successfully separated and for the first time ever they were able to lead their own lives rather than spending all their time together. It was so interesting to see how they went from knowing every little thing about each other to keeping so many secrets from each other. Tila was the outgoing twin who found it much easier to adapt to being separate, she had a large circle of friends and was the life and soul of any party. Taema on the other hand was shyer and more reserved, she'd built a successful career for herself but was more isolated than her sister and found it harder to fit in.

Their completely different personalities made it so much harder for Taema when she went undercover as her sister but playing a role actually really helped to build her confidence and it was great to see her blossom as she became more sure of herself. I don't want to say too much about the direction the investigation takes her in but it definitely kept me guessing. The story is told across two different plot threads, Taema talks of the present and shows her fight to clear her sister's name while Tila writes about the past from her prison cell working forward to show how she ended up in her current situation. Gradually the two narratives come closer together and we find out exactly what is going on in their world.

I thoroughly enjoyed this story, I loved the characters, the world building was fantastic and the plot was brilliantly woven together. I'm so glad that Laura Lam is writing another book set in this world, even though it will feature different main characters, and I'll definitely be picking up Shattered Minds as soon as it's released.