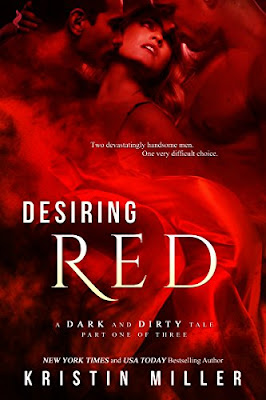 I’m indecisive when it comes to my shoes. Choosing a werewolf mate who’ll be with me until I croak? Pardon me while I take some time to think on it. But a steamy encounter before the final ceremony changes everything.

Reaper, the Omega’s eldest grandson, is fiercely loyal, scorching hot, and built for pleasure. He brings down my defenses, and before I know what’s happening, I succumb to the heat in his touch and the skill of his mouth. I’ve only just met him, but I need him like no other.

As part of my pack duties, I must parade in front of the Alpha, who has first choice of the pre-shifters. Rumors of his dark desires run deep, and I’ve always been intrigued. But the forbidden passion blazing between Reaper and me is too primal to deny. By pack law, Reaper can’t have me until the Alpha makes his choice…but Reaper’s never been one to follow the rules.

Review:
Ivy is a werewolf who has yet to experience her first shift. She recently lost both of her parents and they made her promise to join the local pack so that the alpha could teach her how to control her shift and everything else she needs to know about being a werewolf. Now, she's fast approaching the ceremony that will see her officially accepted into the pack and allow her to make her first change. It's also the ceremony where she must choose her life mate (unless she is chosen by the pack alpha, Lukas, since he gets first dibs on whatever women he wants!)but it's kind of difficult to make a decision when you've not met any of the available options yet. A brief encounter with the Omega's grandson, Reaper, in the gardens before the ceremony begins changes everything but it's forbidden to Reaper to touch her until after Lukas has made his choice.

I have to confess I was expecting a ménage story from the super hot covers for this series so I was a little disappointed when I realised it was actually a story about two different men vying for Ivy's attention and her struggling to choose between them. It's not necessarily a bad thing, it's just not what I was looking for when I picked up this book and I've never been a fan of love triangles.

However, that's not much of an issue because this instalment is all about Reaper. He is the omega's oldest grandson and the rightful alpha of the pack but he walked away from it all to hunt for the person who murdered his parents. He's only visiting briefly to check in with his grandmother before going back to his search so he's not really a long term option for Ivy but she finds him incredibly hard to resist. There is no denying the chemistry between them and this novella includes some great steamy encounters but Ivy is also drawn to his cousin Lukas, who is standing in as Alpha until Reaper returns for good.

I had a few issues with the world building but I'm willing to overlook those in the first novella in a trilogy and hopefully things will be expanded upon in the next two novellas. Desiring Red is a short but hot read and I definitely enjoyed it enough to continue reading. I have to admit I'm not a huge fan of the serial novella format though. I just think that serials aren't great value for money, especially when you consider that each section is only about 55 pages long! There doesn't seem to be any need to split a 150 page story into three parts apart from to get more money out of readers and I don't think it's a good tactic for publishers to use.