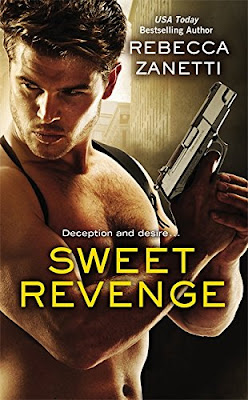 The One Man She Can't Have

Matt Dean was born to fight . . . and kill. A member of a secret black-ops military unit, he and his brothers were genetically engineered by the government to be the perfect soldiers with an expiration date. Now, with time running out, he's gone rogue in a relentless quest for the one person who can save them. His mission leads him to Charmed, Idaho . . . and to a beautiful woman with eyes like emeralds and a body made for pleasure.

The One Woman He Can't Resist

Laney Jacobs knows the mysterious, handsome stranger is trouble from the moment he walks into her bar, looking for a job. She's spent years running from her own past-the last thing she needs is a romantic entanglement. But Matt's strong arms offer her protection and his gentle touch promises passion unlike anything she's ever known. As lethal forces surround them, revealing explosive secrets about Matt's past and putting everything-and everyone-he holds dear in danger, can he save them all before time runs out?

Review:
I have absolutely no excuses for why it's taken me so long to pick up the second book in the series, especially since I really enjoyed the first book, but at least that means the entire series is available so I can now binge read the remaining books!

This series is about four brothers who were genetically engineered to be super-soldiers. Raised to be perfect weapons they were never given a chance at a proper childhood but they always had each other to rely on and they spent years plotting their escape. They've been on the run for several years now but their youngest brother, Jory, was lost in the escape attempt and they've spent all that time believing he was dead until Shane discovered extra video footage of that night and realised there is a chance he is still alive and but recaptured. Now the brothers have two main goals, one find a way to disable the chips implanted in their spine that will kill them if it doesn't receive a new code within the next six weeks and two, find out exactly what happened to Jory and if he's alive find a way to rescue him.

As the oldest brother Matt has always felt responsible for the others, he is the protector, the one who promised they'd never be alone and that he'd always have their backs. What happened to Jory broke him but it's made him more determined than ever to keep the others safe and that means finding a way to disable the explosives in their necks. He has a lead on a doctor who might have implanted the devices and he will do whatever it takes to track her down and force her to help them. With the Commander's forces drawing ever closer he needs to move fast but he's stopped in his tracks when he meets bar owner Laney. Laney takes pity on him when she realises he's been injured and she ends up offering him a job as a bartender come bouncer which is perfect cover as he tries to find the doctor he needs. The attraction he feels for Laney is a huge distraction though and when he realises she has a serial killer on her tail he knows he has to try and protect her too.

As much as I enjoyed the first book in this series I thought Matt and Laney were a much better couple. All of the Dean brothers are pretty irresistible but Josie got on my nerves a bit in the previous book and that definitely wasn't the same here. Laney is much more independent and quite fierce when she wants to be, no matter how attracted she is to Matt she won't let him walk all over her and she's willing to stand up for herself when she needs to. She has a few dark secrets that are about to catch up with her and land her in a whole new heap of trouble but she owns up to any mistakes she's made and wants to do what she can to put them right. I loved the chemistry between Laney and Matt, the attraction is instant but their relationship never felt rushed even though it all happened fairly quickly.

Sweet Revenge is full of action, there are a lot of different plot threads that all have their own dangers and problems for the couple and that really kept me on my toes while I was reading. I enjoyed the banter between Matt and his brothers and loved the way he was such a protector for everyone he cares about. This book definitely got me fired up about the series again and I can't wait to read Nate and Jory's stories.