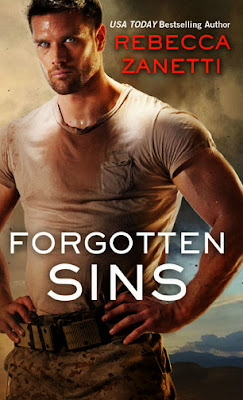 His Secrets Can Destroy Her

From the moment Josie laid eyes on sexy, mysterious Shane Dean, she was in love. Their desire ignited a passionate affair, and within weeks, Shane had slipped a ring on her finger. It seemed her every fantasy was coming true . . . until her new husband disappeared without a trace. Now, two years and one broken heart later, Josie is shocked by the hospital calls: Shane has been found . . . at a crime scene with no memory of how he got there.

Her Love Can Save Him

Shane can't remember the blue-eyed angel at his bedside—or who he even is—but he knows something isn't right. His hearing is razor sharp, his physical strength incredible, and the urge to protect Josie overwhelming. For powerful enemies are hunting him, and Josie is the key to discovering why. As Shane struggles to unravel his past, dangerous new truths come to light. Can he protect the only woman he's ever loved? And can Josie trust a man she thought she knew—one who carries such a deadly secret?

Review:
Josie and Shane fell in love and married very quickly after a whirlwind romance but Josie was left broken hearted when Shane disappeared without a trace. Now two years on Josie is shocked when she is contacted by the police, Shane is in hospital with amnesia and can't remember anything about his past or even who she is. She wants to help him but Shane always held a part of himself back from her and Josie doesn't know as much about him as she should considering he was her husband. Shane may not remember the time he spent with Josie but all his instincts are screaming that she is important to him and that he needs to protect her at any cost. But why are they under attack? Who are the enemies that are chasing them and who can he trust to help him find the answers he so desperately needs.

As a fan of Rebecca Zanetti's Maverick Montana series I jumped at the chance of reading the first book in her new romantic suspense series. Forgotten Sins was just as good as I expected it to be and I can already tell I'm going to love this series. If you like alpha military men, strong bonds between brothers, lots of action and stories with a hint of the supernatural in the form of genetic engineering then you'll love this one. It reminded me of a mix up between the TV series Dark Angel and Christine Feehan's GhostWalkers books so if you're a fan of either of those then this should be right up your street.

Shane and his brothers didn't exactly have a normal upbringing, in fact they were born and raised to be the perfect soldiers so didn't have much of a childhood at all. Reading about their background was heart breaking and it was only because they had each other to rely on that they made it through. I loved the bond between Matt, Nathan and Shane, all three of them are full on alpha warriors who are incredibly protective of those they care about. They have never been able to rely on anyone but themselves and they will fight to the death to look out for each other. Their background has made them closer than normal brothers and that connection really shines through and has made me desperate to continue reading the series.

I loved Shane from the beginning, he is so determined to fight for Josie and win her back and nothing is going to stop him getting things right with her this time around. As the story continues there were times I was left questioning his motives in the past but no matter how strange things looked I never doubted that he loved her and had her best interests at heart even when it looked the complete opposite. I should have loved Josie but I'll admit there were times when I found her incredibly irritating. On the surface she is everything I should want in a heroine, she is strong and capable not the kind of woman who sits around waiting to be rescued but someone who is able to protect herself, she knows what she wants and she isn't prepared to accept less than what she needs. I loved the fact that she proves time and time again that she is stronger than Shane thinks she is, she fights against his impression that she is weak and makes him see her as his equal. In spite of that there were still times when I wanted to shake her, moments where she does incredibly stupid things and puts herself in harms way for no good reason. I understood her reluctance to trust Shane but her inner monologue got on my nerves, she goes back and forth between wanting him and not being able to trust him and I just wanted her to make up her mind one way or the other. She came close to ruining the book for me at one point but I loved Shane and his brothers enough to get past my irritation.

Forgotten Sins is the beginning of a series that looks set to be full of action, intrigue and betrayal. I'm already half in love with Matt and Nathan so can't wait to read their stories and find out more about who is searching for them all!