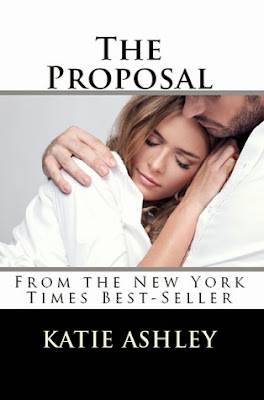 In the weeks following Aidan’s betrayal, Emma has tried her best to move on. Ignoring his countless texts, voice mails, and flowers, she isn’t sure she wants to be won back by him. But Aidan isn’t going down without a fight—especially not until Emma lets him reveal the secret of his past that caused him to be so commitment phobic.

But fate intervenes when premature labor forces Emma on strict bed rest for two weeks. Aidan steps forward with a shocking proposal. To prove his love and commitment for her and their unborn son, he will take a leave of absence from work to care for her around the clock. Vowing to guard her heart, Emma reluctantly agrees.

While she is touched by Aidan’s attentiveness and tender loving care, Emma is thrown for a loop by the amorous attentions of ER doctor, Alpesh “Pesh” Nadeen. Pesh is everything Emma could ever want—successful, stable, and ready to settle down and be a husband and father. Pesh wants nothing more than to win Emma’s heart, but she is not sure she’s able to give it.

Her heart may still belong to the very man who broke it—the one who is so desperately trying to win her back.

Review:
Emma was devastated by Aidan's betrayal and has spent the last few weeks trying to move on with her life and forget about him. Aidan isn't taking no for an answer though and has continued to try to talk to her and explain his actions. Things are forced to a head between them when Emma goes into premature labour and is forced to take complete bed rest for the sake of the baby. Aidan volunteers to take time off of work to care for her and Emma has no choice but to accept his offer. Can Aidan persuade Emma that he has changed and get her to forgive him or will the attentions of handsome doctor Pesh convince Emma that it really is time to move on?

I really loved Emma and Aidan as a couple in the first book, they had such great chemistry and I enjoyed watching them fall in love. I was incredibly annoyed at Aidan's actions towards the end of the story though so I wanted to see a lot of grovelling from him in this sequel. We finally learn a lot more about events in Aidan's past in The Proposal and it made his previous actions much more understandable, that didn't make me instantly forgive him but seeing him so open and honest with Emma about his feelings helped. I actually found myself more irritated with Emma in this book which really surprised me. I found it pretty impossible to believe that a woman who was still in love with her ex and who was also heavily pregnant would even consider dating another guy, I didn't understand Emma's actions and I certainly didn't believe them so I lost the connection I had with her in the first book.

I couldn't for the life of me understand why Katie Ashley tried to add a love triangle to the story, it was completely unneeded and since it was so obvious who Emma would end up with I just felt like she was trying to manipulate us. This could have been so much better if it had just focused on Aidan trying to win Emma back and prove how much he had changed! Although Pesh was a likeable enough character I found myself disliking him because he was coming in between Aidan and Emma. I was actually annoyed when Emma went off on dates with him leaving Aidan at home alone and the whole thing left me feeling frustrated. I still love Aidan and Emma as a couple and there were some  really sweet and poignant moments between them but I didn't enjoy this book anywhere near as much as I expected to. I have found out that there will be a spin off story (The Pairing) where Pesh gets his own happy ending but I have to say I don't think it's one I'll be reading. I don't feel even slightly invested in his character so it seems pretty pointless.

I really wish the author had finished Emma and Aidan's story after the first book, we didn't need the drama caused by Aidan's actions and we certainly didn't need the forced triangle.