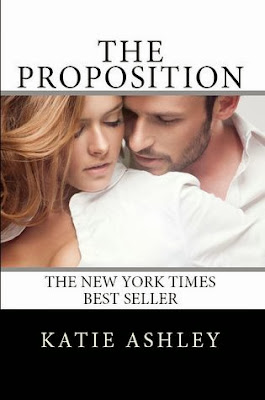 With her thirtieth birthday looming, Emma Harrison finds her biological clock clanging and the elusive knight in shining armor yet to appear. She’s running out of options, especially after her gay best friend backs out from being her sperm donor. Of course, there’s always a sperm bank, but Emma fears a donor mix-up might impregnate her with the spawn of Satan.

Resident company womanizer, Aidan Fitzgerald, is used to always getting what he wants, especially in the bedroom. When Emma spurns his advances at the company Christmas party, he's determined to have her no matter what it takes. After Aidan learns of Emma's predicament, he is quick to offer a proposition that will benefit them both. He will father Emma's child, but she must conceive it with him naturally. Not one for hook-ups or casual sex, Emma is reluctant to take him up on his offer, but his charm, coupled with her intense desire for motherhood, wins out.

Soon their baby-making sessions become more than just physical. Aidan can't seem to walk away from her while Emma begins to wonder if Aidan could be the one. But can Aidan leave his past behind to become the man Emma needs him to be?

Review:
What Emma wants more than anything is a family, after loosing her fiancé several years ago she isn't quite willing to open herself up to the heartbreak of starting a new relationship. Her biological clock is ticking and her best friend had offered to be a sperm donor so when he backs out Emma is devastated. Seeing her dreams of a family disappearing in front of her she is forced to consider other options. Aidan is a playboy who is used to having women throw themselves at him, when Emma turns him down at the work Christmas party it just makes him want her even more. Then when he finds out about her predicament he offers to be her donor - but only if they conceive the child naturally. Emma is reluctant to take him up on his offer but she finds him very hard to resist and he is offering her the one thing she's always wanted. Can a relationship that starts off more like a business arrangement ever turn into something more serious?

I think I picked this book up at the perfect time, I was in the mood for something light and easy to read and The Proposition hit the spot. I found myself really liking both of the main characters, I could understand Emma's desperation to have a family of her own and the way she thought about things reminded me of conversations I've had with several of my friends. I'm not sure I know anyone who would go to the lengths she does to have a baby but if you ignore that and just go with the flow I think you'll enjoy the story more. Aidan is a typical playboy, he loves women but he has no intention of ever getting himself tied down. I liked how upfront he was about his desire and the fact that he doesn't make promises he can't keep and I'll admit that I found him sexy as hell. There was one particular point towards the end of the book when I really wanted to shake him though, he does something incredibly stupid and I was so angry about it.

That is the one major downfall of this story, I felt it could so easily have been wrapped up at the end of this book with a happy ending and that would have left me with a huge smile on my face. As it was we are faced with a cliffhanger thanks to a major event that seemed to be added purely to cause drama. As it goes I liked both of the main characters enough that I wanted to carry on reading their story so I've already read the sequel but now having read it I stand by my original thoughts that this would have been better off as a stand alone novel. Katie Ashley certainly has a way of writing believable and sexy romance but I was disappointed by the unneeded emotional angst and drama just to drag the story out into two books.