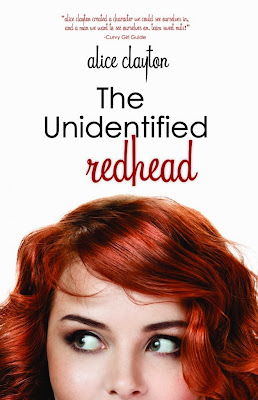 When Grace Sheridan returns to Los Angeles to become a working actress, it’s a second shot at a life-long dream. With some help from her best-friend agent, will that dream become a reality—or at thirty-three, has Grace missed her chance at the big time? And when an unexpected sizzling romance with Jack Hamilton, the entertainment industry's newest “it” boy, threatens to shine an uncomfortable spotlight on her life, how will that affect her career…and his?

Funny, borderline neurotic Grace is perfect in her imperfections, and the sexual chemistry between her and charming yet blissfully unaware Jack is off the charts. With laugh-out-loud dialogue and a super-steamy romance that will get your heart racing, sneaking around in L.A. and dodging the paparazzi has never been so fun.

Review:
Grace has already tried (and failed) to become a Hollywood superstar and ended up going home with her tail between her legs. Now ten years later she is back and this time she's determined to prove she has what it takes to be a successful actress. The last thing she is looking for is romance, especially not with the latest hot actor who is not just the guy everyone wants a piece of but also much younger than her. Jack is pretty hard to resist though, especially when he is making such a determined effort to chase her. Can Jack get Grace to take a chance on love and if she does what will happen when the press gets hold of their story?

When I picked up The Unidentified Redhead I was in the mood for something that was light hearted and funny and that's exactly what I got so it hit the spot perfectly. The banter between Grace and Jack is absolutely hilarious and I spent most of the book with a huge smile on my face and snorting with laughter. The banter isn't the only thing this couple has going for them though, they also have fantastic chemistry and you're in for a treat with some really sexy encounters between them. Grace is very much an every day kind of woman, she is quite a klutz and in some ways she made me think of an American version of Bridget Jones. she's always getting tongue tied and she gets into all sorts of funny situations. If you've ever made a fool of yourself in public then I'm sure she's someone you'll be able to relate to.

Jack is fantastic, he is sweet, funny and incredibly sexy. He knows from the beginning that he wants Grace and he couldn't care less about the age difference between them. She has reservations but he immediately sets out to put her mind at rest and convince her to take a chance on them. I love a guy who knows what he wants and who isn't afraid to express his feelings so he definitely appealed to me because of that.

If I had to mention a negative it would be that the characters can sometimes get a little over the top, most of the time this was funny but there were occasions that it goes a little too far and I would have liked them to be a little more serious. There were also a few word choices that I didn't like very much and when Grace kept referring to her "oonie" I started to wonder if she was a five year old child instead of a woman in her thirties. That is a fairly minor complaint though and mostly I was having too much fun with the story to worry about it. If you're looking for something light hearted and humorous then you can't go far wrong with this one. I can't wait to carry on reading the series & am looking forward to seeing how things play out for Grace and Jack in the future.