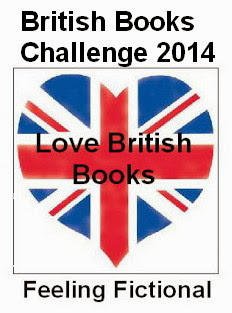 In 2011 the British Books Challenge was created by Becky at The Bookette, in 2012 it was Kirsty at The Overflowing Library's turn to run the challenge and I took over the challenge in 2013 & am excited to be hosting it again this year. Of course it would be rude not to sign up for the challenge I'm hosting but I'd be taking part anyway because I love to support British authors.

I have a feeling I won't manage my 50 bool target in 2013 which is disappointing but I'm going to do my best to beat my total in 2014! You don't have to read that many though so if you'd like to join me you can sign up here.

I will keep a list of books read along with links to my reviews in this post.