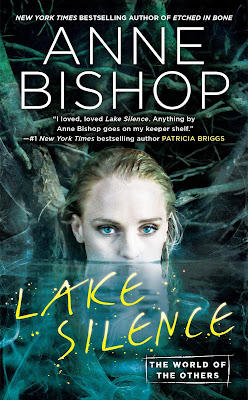 In this thrilling and suspenseful fantasy set in the world of the New York Times bestselling Others series, an inn owner and her shape-shifting lodger find themselves enmeshed in danger and dark secrets.

Human laws do not apply in the territory controlled by the Others--vampires, shape-shifters, and even deadlier paranormal beings. And this is a fact that humans should never, ever forget....

After her divorce, Vicki DeVine took over a rustic resort near Lake Silence, in a human town that is not human controlled. Towns such as Vicki's don't have any distance from the Others, the dominant predators who rule most of the land and all of the water throughout the world. And when a place has no boundaries, you never really know what is out there watching you.

Vicki was hoping to find a new career and a new life. But when her lodger, Aggie Crowe--one of the shape-shifting Others--discovers a murdered man, Vicki finds trouble instead. The detectives want to pin the death on her, despite the evidence that nothing human could have killed the victim. As Vicki and her friends search for answers, ancient forces are roused by the disturbance in their domain. They have rules that must not be broken--and all the destructive powers of nature at their command.

Review:
I have to admit when I found out this book wasn't set at the Lakeside Courtyard I assumed it would be at one of the settlements we've already seen in previous books. There are lots of groups I'd be interested in seeing more of so I was really surprised that this was about a completely new set of characters that haven't been mentioned before. I love this world though so it didn't take me long to fall into this story and it was actually really refreshing to have so many new faces to get to know.

Vicki is a human who has recently got out of an abusive relationship, her ex-husband gave her a run down resort near Lake Silence as part of the divorce settlement and she's slowly settling into her new home and carrying out much needed renovations to turn The Jumble into a going concern. Vicki knows the town is run by the terra indigene rather than humans but she didn't realise that the Others paid so much attention to her home until she walks into the kitchen one day to find her only lodger about to eat an eyeball. Thats the first time Vicki realises that Aggie is one of the Crowgard but Vicki's biggest problem is that the eyeball Aggie thinks would make a tasty lunch comes from a man who has been murdered on her property. When corrupt detectives try to pin the murder on Vicki some of the Others start paying a lot more attention to what is happening at The Jumble, and they're really not happy about the people who are trying to force Vicki out of her home.

I really liked this little town and most of it's inhabitants. You have a mix of humans, intuits and various terra indigene from the sanguinati and elementals to crows, bears and cats who are all trying to learn how to live amongst each other. The Jumble is a perfect place for the different groups to get together in a safe environment and mingle, that's what the Others had always planned the place to be used for and they're happy that Vicki seems to be taking her responsibilities as custodian of the land seriously. Someone wants her out though and that is a threat that concerns everyone, especially when the Elders are currently paying so much attention to the remaining human settlements and the threat of war isn't that far away. As much as I'm still hoping to see characters like Meg and Simon again I'm enjoying this new group and looking forward to spending more time with them in the next book.