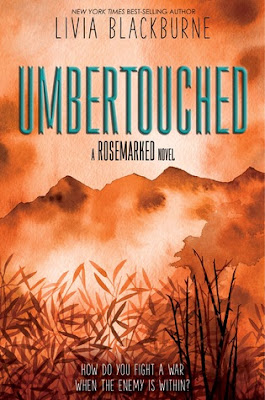 The mission was a failure. Even though Zivah and Dineas discovered a secret that could bring down the empire, their information is useless without proof. Now, with their cover blown and their quest abandoned, their only remaining hope is to get home before Ampara brings the full might of its armies against their peoples.

As Shidadi and Dara alike prepare for war, Zivah and Dineas grapple with the toll of their time in the capital. After fighting alongside the Amparans against his own kin, can Dineas convince the Shidadi—and himself—where his loyalties lie? After betraying her healer’s vows in Sehmar City, can Zivah find a way to redeem herself—especially when the Dara ask her to do the unthinkable? And after reluctantly falling in love, what will the two do with their lingering feelings, now that the Dineas from Sehmar City is gone forever? Time is running out for all of them, but especially Zivah whose plague symptoms surface once again. Now, she must decide how she’ll define the life she has left.

Together, healer and warrior must find the courage to save their people, expose the truth, and face the devastating consequences headed their way.

Review:
Umbertouched is a brilliant follow up to Rosemarked, it took everything I enjoyed about the first book and ramped it up a level answering all my questions and giving me an ending that left me feeling hopeful for the world Zivah and Dineas live in.

After the failure of their mission in Sehmar City Zivah and Dineas have no option but to try to return home in time to warn their people that the Amparan army is headed their way. The Shidadi and Dara will need as much time as possible to prepare for the war that is coming but considering the amount of resources the Amparan empire has they have very little chance of winning. They're also both trying to deal with the fallout from what happened while they were undercover. Zivah broke her healer's vows to save herself and Dineas, something that plays on her mind now she's free. She's also dealing with the symptoms of a relapse, nobody ever survives their second fight with the rose plague so she's living on borrowed time and desperate to do something to help her people survive before she dies.

Dineas isn't the same person he was before going undercover, he's suffering strange symptoms caused by the drugs Zivah used to wipe his memory and now that the potion has been completely reversed he's trying to put the two pieces of himself back together. Everything he did was to save his people but they still see him as a traitor who fought alongside the enemy and killed one of their own. The fact that he did that while undercover doesn't mean much to his old friends and he's also struggling to deal with his own guilt about everything that happened.

These two characters have been through so much and tried so hard to keep their people safe but now they're in an impossible position. They know a secret that could end the war but they were unable to find any proof so that knowledge is next to useless. They're both fighters though and they won't give up on their task easily, their biggest problem is proving that they're not working with the enemy so that their friends will accept their help. I've really enjoyed spending time with these two, and especially loved the slow build romance between them. Things are even more complicated now that Dineas has his memories back but really there is nobody else who understands everything he's been through quite like Zivah so it makes sense that they grew so close.

There really has been a lot to love about this series. All of the characters have complex motives and none of them are perfect, they've all done bad things and made questionable choices but deep down they're all trying to do what's right for their people. We get some surprise alliances here between people who should be enemies and friends aren't always quite what they seem so be prepared for some twists along the way but overall I was really happy with the way most things played out. I'll definitely be watching out for more from Livia Blackburne in the future.

Source: Received from Turnaround in exchange for an honest review.