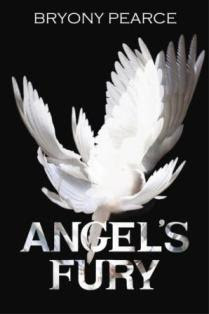 I've started to have dreams while I'm awake.  I remember music I've never heard . . . I've got all this extra stuff in my head, but I'm forgetting things from my own life.  I feel like I'm being taken over.

A fallen angel walks the earth to bring mankind to its destruction . . . Turning love into hate, forgiveness into blame, hope into despair.  Through the fires of hell he has come to torment one girl's dreams.

But what if everything she ever dreamed was true?

Review:
Cassie suffers horrific and vivid nightmares that make her terrified of falling asleep as she knows she will wake up screaming.  Suffering with sleep deprivation she is finding it hard to cope but things come to a head on a school trip to Germany when she realises there is more to her nightmares than she ever could have expected.  Returning home things are worse than ever and her parents are forced to reveal a secret they've been keeping from her.  They have strong evidence that Cassie's dreams are in fact memories from previous lives.  Cassie makes the decision to seek out a doctor who specialises in people with past life experiences and for the first time she meets people who have similar issues to her.  As her treatment progresses and her symptoms get worse instead of better Cassie starts to wonder if everything at the clinic is really what it seems.

I have to say that Angel's Fury was nothing like what I was expecting but I mean that in a good way.  I'm not sure why I thought it was going to be a fairly typical paranormal romance but I'm very pleased to have been proved incorrect and the story is so much more than that.  Although there is a little romance that is by far one of the smaller elements of the story.  Instead Bryony Pearce gives us a supernatural thriller with touches of historical fiction and a dash of romance.

The story is fast paced, has believable characters and some of the historical back story is heart wrenching to read.  There were plenty of twists and turns making it hard to know what to expect and almost impossible to put the book down.  I loved the fact that by the end of the story we get answers to all of our questions and don't have a cliffhanger ending leading us into a sequel, it makes such a nice change to read a stand alone story.  I'm impressed with Bryony Pearce's debut and am looking forward to seeing what she comes up with next.