Keshia Swain's debut novel Blood Bound may not be being published until September 2013 but it's a story that I'm already excited about reading! Described as similar to the Morganville Vampires series but with Fae it has definitely caught my eye and I'm looking forward to reading it. Now Spencer Hill Press have created not one but two fabulous covers for Blood Bound and are asking you to vote for your favourite. Have a look at the book blurb below and then at the two covers and let me know which one you like best. The poll below will be used to decide which cover is used when the book is printed so make sure your vote counts and keep your fingers crossed that your favourite wins!

Starting college a year early is hard. Starting fae college and learning to protect the world from the Unseelie is harder.

Brielle Reed has always been an over-achiever, but this time she may have bitten off more than she can chew. Between her crash course in fae politics, struggles to control her new mind-reading ability, training sessions with the demanding Dr. Schwartz, and discoveries about the father who is still a mystery to her, Brielle finds herself longing for a chance at a normal life.

But she may not get that chance. Or chance at a life at all, for that matter.

Now lets have a look at the two covers you have to choose from: 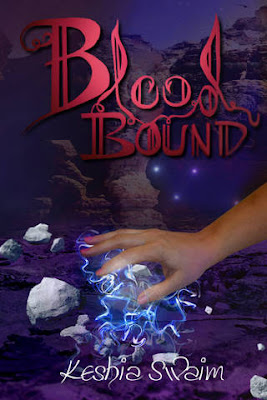 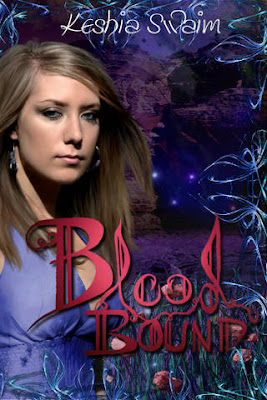 So what do you think? I like both covers, I love the colouring and the font used for the title but I think the one with the hand stands out more than the one with the girl's face. I really like the effect of the electric blue around the hand and think it gives the book a magical feel. The girl on the cover is OK but I think she looks quite moody and I'd probably be less likely to pick that one up in a book store. I do like the pattern around the edge of the second cover though - I think if that was added to the first cover it would be perfect!

Which cover do you prefer? What do you think of the blurb? Are you adding this book to your wish list? Don't forget to vote for your favourite using the form below (If you have any problems with the form you can also vote at this website):