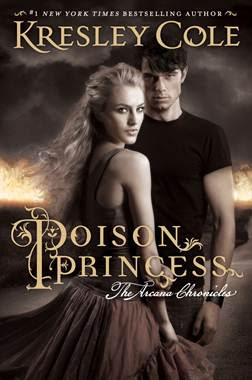 She could save the world—or destroy it.

Sixteen year old Evangeline “Evie” Greene leads a charmed life, until she begins experiencing horrifying hallucinations. When an apocalyptic event decimates her Louisiana hometown, Evie realizes her hallucinations were actually visions of the future—and they’re still happening. Fighting for her life and desperate for answers, she must turn to her wrong-side-of-the-bayou classmate: Jack Deveaux.

But she can’t do either alone.

With his mile-long rap sheet, wicked grin, and bad attitude, Jack is like no boy Evie has ever known. Even though he once scorned her and everything she represented, he agrees to protect Evie on her quest. She knows she can’t totally depend on Jack. If he ever cast that wicked grin her way, could she possibly resist him?

Who can Evie trust?

As Jack and Evie race to find the source of her visions, they meet others who have gotten the same call. An ancient prophesy is being played out, and Evie is not the only one with special powers. A group of twenty-two teens has been chosen to reenact the ultimate battle between good and evil. But it’s not always clear who is on which side…

Review:
Evie has been suffering with hallucinations that were bad enough to have her admitted to a mental institute. Although she has been sent home and allowed to return to school she finds that the visions are worse than ever. Afraid to let anyone know what is happening she struggles to act normal in front of her friends. Then her visions of an apocalypse become reality as the world goes through an event called "The Flash" that destroys most of the population. Evie's visions haven't stopped but they have changed and she is struggling to understand what they mean. Her only hope is to travel to her Grandmother - the only person who never thought she was crazy - and ask for help. Jackson may have been her enemy at school but he is the only person she has to turn to now and he reluctantly agrees to help her. The pair set out on a journey across the country but will they find the answers Evie so desperately needs?

As a fan of Kresley Cole's Immortals After Dark series Poison Princess was an automatic must read for me but even if it wasn't already on my radar the fantastic cover and blurb would have put it there. A new dystopian series with characters based on the Major Arcana cards from a Tarot deck, each with different supernatural abilities and all with a role to play in the apocalypse. A spunky heroine and a hot Cajun hero. Throw in the fact that it was written by one of my favourite adult paranormal romance authors and what's not to love about it? If you're looking for a story with complex world building, characters that are so full of depth they could practically step out of the pages at any moment and a plot so full of intrigue, shocks and more twists than a labyrinth that it will have you gripped from the first page to the last then look no further. Poison Princess has all that and much, much more and has definitely allowed Kresley Cole to enter the YA market with a bang!

Evie has always been a bit of a pampered princess, born to a wealthy family she had all the right clothes and everything she needed to be counted as part of the popular crowd. Apart from her hallucinations nothing has prepared her for the apocalypse and she is completely out of her comfort zone when it comes to her own survival. She is pretty much the complete opposite of Jackson, where he is strong and self reliant she is lost and afraid, but don't take her lack of skills for weakness. She shows over and over again her determination to not only survive but also to protect others throughout the story. Jack is an irresistible, motorbike riding, Cajun bad boy from the wrong side of the tracks who has an accent to die for. He can come across as a complete ass at times but really he is a sweetie and he is very protective of Evie. Jack and Evie have that perfect kind of love / hate relationship - the kind where they spend half the time on the verge of tearing strips off of each other and the rest wanting to rip each others clothes off! I have one word for the chemistry between them and that's smouldering, all it's going to take is one tiny spark to ignite a fire that is going to burn everyone in their vicinity and I for one can't wait to see it happen.

Poison Princess is a fantastic start to the Arcana Chronicles, it introduces us to a fabulous collection of characters and some incredibly detailed world building. The way the story unfolds will leave you on the edge of your seat and make it impossible not to carry on reading. I don't think I've ever been so shocked by the twists a book took as I was with this one - you really never can tell what will happen next. I love Evie, I adore Jack and I can't wait to spend more time with them both in the next instalment. I would recommend this to anyone young or old, if you're already a Kresley Cole fan then don't miss this exciting new adventure. If you are new to her work then this is a great place to start and something that any fans of dystopian / post apocalyptic fiction will love - especially if you're looking for something a bit different to all those other dystopian stories that are currently flooding the market.