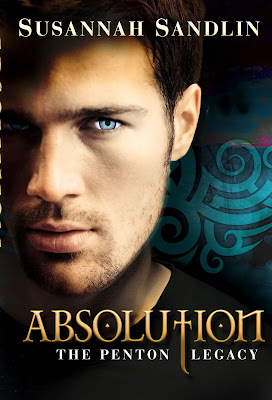 With the vampire world on the brink of civil war over the scarcity of untainted human blood, battle lines are being drawn between the once peaceful vampire and human enclave of Penton, Alabama, and the powerful Vampire Tribunal. Mirren Kincaid once served the tribunal as their most creative and ruthless executioner—a time when he was known as the Slayer. But when assigned a killing he found questionable, Mirren abandoned the tribunal’s political machinations and disappeared—only to resurface two centuries later as the protector and second-in-command of Penton. Now the tribunal wants him back on their side.

To break their rogue agent, they capture Glory Cummings, the descendant of a shaman, and send her to restore Mirren’s bloodthirsty nature. But instead of a monster, Glory sees a man burdened by the weight of his past. Could her magic touch—meant by the tribunal to bring out a violent killer—actually help Mirren break his bonds and discover the love he doesn’t believe he deserves?

Review:
I enjoyed the first book in Susannah Sandlin's Penton Legacy series but I'm pleased to say that things have really stepped up a gear in this book and I loved Absolution even more! The story picks up several weeks after the ending of Redemption and this time our focus is on Mirren, Aiden's second in command at the Penton scathe but don't worry we still get to catch up with our favourites from the first book too.

Mirren was a warrior even before he became a vampire and after he turned he became an executioner for the Tribunal. He was so successful at his job that he became known as the Slayer but he has tried hard to put that life behind him now and he just wants a peaceful life in Penton. The Tribunal want him back though and one particular member will do anything to bring back his blood lust - even if it means capturing him and keeping him prisoner until he is practically starved. Mirren is weak from his hunger but he still refuses to give in to his enemies demands and he will never betray the Penton scathe.

Glory is an outcast who was turned away by her family because they refused to accept her psychic abilities. She didn't even know vampires existed until one captured her because he could sense her power. She is terrified and trapped but even when drugged she refuses to give up her secrets. Her captor becomes so frustrated that he decides she isn't worth keeping alive and decides to give her to Mirren to awaken his blood lust. Mirren is half starved but even in his weakened state he acts with honour and refuses to hurt Glory which allows her to look past the fact he is a vampire and see the honourable man underneath. When Mirren and Glory are rescued she finds herself drawn into a dangerous new world, one where their enemies will do anything to ensure she doesn't live to tell tales. Can Mirren and his scathe keep her safe when they are in the middle of their own war?

I have to start by saying how much I loved Glory, she could be considered just a weak human considering she is surrounded by so many vampires and strong, alpha, warrior vampires at that, but she isn't going to sit back and wait to be rescued by anyone. In fact what I loved most about her was the way she was so determined to rescue herself and the way she is so protective of Mirren. She is able to look past his violent past and see who he really is deep inside and she won't let him push her away to punish himself. Glory is the kind of woman who knows what she wants and when she sets her mind on something she goes all out to make sure she gets it. I have to say I loved the way she starts babbling when she gets nervous too as that is something I have a tendency to do myself!

We didn't know a great deal about Mirren in the first book but I had completely fallen for him within a couple of chapters. He is so strong and heroic, willing to do anything to protect his friends and scathe members but he struggles to forgive himself for the things he did in the past. He hates the things he has done and feels guilt over the lives he has taken. Underneath his rugged and tough exterior he really has a heart of gold but he is also sexy as hell when Glory gets under his shell. The way his relationship develops with Glory was both hilarious and sweet at the same time and I enjoyed every second of it.

I've already said that the story picks up not long after the ending of Redemption and that means that the Tribunal are still watching the Penton scathe and worrying that they are becoming too powerful. With one particular enemy stirring up trouble it doesn't take long before Penton comes under attack which leads to some great action scenes and one particular moment when I gasped out loud in horror. The Penton scathe may have been kicked down but I'm sure they're not out of the race and I have a feeling the next novel is going to be explosive. I will be first in the queue to get hold of Omega when it is published next year and I can't wait to see what happens next! Fans of the first book will love Absolution but if you're new to the series then I would suggest starting with Redemption. This series is sure to be a hit with paranormal romance fans though and I'd definitely recommend checking it out.