I'm a massive fan of Sherri Hayes's Finding Anna series so I'm thrilled to be taking part in the birthday celebrations for Slave today. 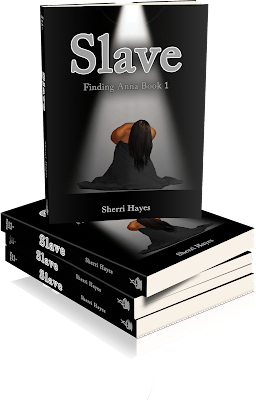 Stephan has lived the lifestyle of a Dominant for five years. After several rebellious teenage years, it gave him the stability and control he had been seeking after his parent’s death.

As president of a not-for-profit foundation, he knows what his future holds and what he wants out of life. All that changes when a simple lunch with his college friend and Mentor, Darren, leads him to buying a slave.

Thrust into a situation he never thought he’d be in, Stephan can’t walk away. He is compelled to help this girl in the only way he knows how.

Brianna knows only one thing, she is a slave. She has nothing. She is nothing.

Can Stephan help Brianna realize that she is much more than just a Slave?


Readers
Have Fallen In Love

"Slave was a very intense read for me, beautifully written, and left me wanting more." ~In The Book

Slave is the first book in Sherri's Finding Anna Series. A 4 book serial series that follows Brianna and Stephan through their journey.

"I talk to a lot of readers and the one thing they consistently say is that this is unlike anything they've ever read before. Some see the cover of Slave and assume it's a traditional slave/capture story. That couldn't be further from the truth. Slave, and the rest of Finding Anna, is about a young woman who has to figure out who she is and what she wants to do with her life after suffering through immense trauma. Finding Anna starts where all the other slave/capture stories end...with the rescue." ~Sherri Hayes 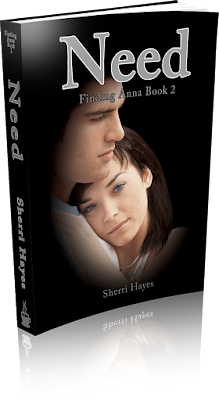 As Brianna comes to terms with the realization that she is no longer a slave, she must figure out what she wants for her life. Forgetting her past isn’t an option. It is an integral part of who she is now, and it will forever shape her view of life. The one thing she knows is that she cannot imagine her life without the man who saved her, but can she be what he needs?

Stephan never imagined falling in love with the woman he rescued, but the thought of her no longer being part of his life is physically painful. The scars from her past continue to haunt her, and he is helpless to stop them. All he can do is try to help her work through the traumas of her past. Can he be everything she needs and help her move on?

The two must figure out how to navigate not only their relationship with each other, but also the outside world. A friend from Brianna’s past shows up where she least expects them, and Uncle Richard continues to enforce his well-meaning agenda to get Brianna more traditional help. As forces, both friend and foe, threaten to tear them apart, Stephan and Brianna have to navigate the turbulent waters and find what they need in each other. 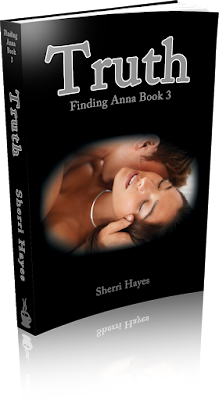 For the last two months, Brianna has discovered something she never thought she would again. Hope. After the horror of being Ian’s slave for ten months, a fate she never imagined she’d escape, it feels as if she is living a dream. She has freedom she hadn’t expected to have again, and she wakes up every morning not fearing what the day will bring. There is also Stephan. The man who saved her from the daily torture she had to endure at the hands of Ian and his friends. The same man who makes her heart race with just the thought of him. Life is good.

Outside forces are determined to conspire against them, however. When Brianna’s father shows up on her doorstep, it sends her world spiraling out of control. He brings with him new information about how Brianna ended up in Ian’s clutches, but will it make a difference? Will Stephan be able to find a way to make Ian pay for all he made Brianna suffer? As Brianna and Stephan try to find out the truth, their relationship is tested. She is forced to face her past head on, and deal with the ugly reality of what happened to her. Will Stephan’s love be enough to see her through her newest challenge, or will the fragile trust they’ve built come crumbling down around them as the truth makes itself known. 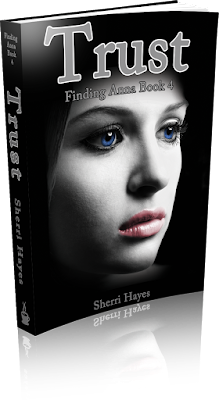 Brianna is lost for the fourth time in her life. Each time was unexpected, and each changed the course of her future. The first life-altering event occurred when her mother died, and she moved to Minnesota to live with her father.

The second was when she was kidnapped at the age of seventeen and forced to be a slave. She would never forget those ten months. Brianna thought her life was over.

Everything changed again the day Stephan steamrolled into her life and brought her home to live with him. She had no idea what to expect—what life with her new Master would hold. That first month with Stephan was, in some ways, more confusing than the prior ten. As a slave, she’d known her place. With Stephan everything was new and different. He’d given her freedom and so much more.

Five months after Stephan rescued her, Brianna once again finds her life flipped upside down.

In this fourth, and final, installment of Finding Anna, Brianna must unearth strength she never knew she possessed. Stephan can no longer protect her from the outside world. She must learn to trust herself, embrace who she is, and discover who she wants to be. Only by facing her demons can Brianna find true happiness and peace. 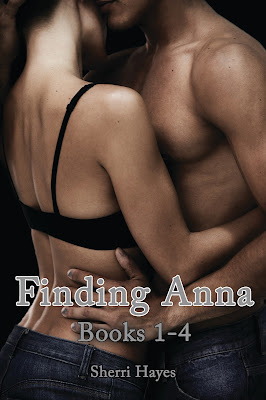