Review: Asking for It - Lilah Pace 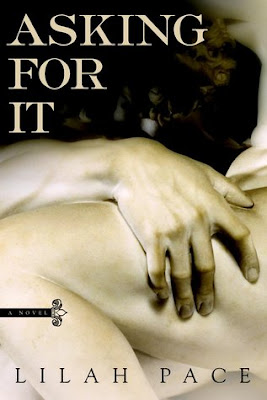 “This is who I am. This is what I want. Now I need a man dangerous enough to give it to me.”

Graduate student Vivienne Charles is afraid of her own desires—ashamed to admit that she fantasizes about being taken by force, by a man who will claim her completely and without mercy. When the magnetic, mysterious Jonah Marks learns her secret, he makes an offer that stuns her: they will remain near-strangers to each other, and meet in secret so that he can fulfill her fantasy.

Their arrangement is twisted. The sex is incredible. And—despite their attempts to stay apart—soon their emotions are bound together as tightly as the rope around Vivienne’s wrists. But the secrets in their pasts threaten to turn their affair even darker . . .

Review:
Asking for It touches on a bit of a controversial subject and I'll warn you now that if you have triggers it's probably a book you need to stay well clear of. There are flashbacks to scenes of rape and abuse, not between the main characters but to things that have happened to them or that they witnessed, so that is understandably going to make some people uncomfortable. I don't tend to read many dark books but I like to step out of my comfort zone occasionally and I was intrigued by this one.

I'm not a fan of the term "rape fantasy" because I don't think things are that simple, there is a very big difference between a woman fantasising about rough, out of control, sex with a guy (even a stranger) that she finds attractive to her being forced into something against her will by someone that she may or may not be interested in sexually. I don't have a problem with someone wanting to give up control and experience a darker side to sex but I really don't think the word rape should be used to describe it. The very fact that Vivienne is fantasising about sex with Jonah, that everything they do is discussed in detail before it happens and that they have set rules in place to make sure everything is completely consensual meant I was able to enjoy reading the sex scenes between them. They definitely both like things on the rough side but there is no denying the chemistry between them or how mind-blowingly hot this story was.

What I really enjoyed about Asking for It was how well we got to know the main characters, even though the story is told from Vivienne's point of view I felt like I got to see a bit of what made Jonah tick and I really liked them both. They're both more than a little messed up thanks to things from their past but I enjoyed seeing them get to know each other and it was good to see Vivienne starting to accept her desires and realise that there was nothing wrong with her kink. They go into things determined to keep their relationship purely sexual, they will indulge in their wildest fantasies together but they have no plans to get to know each other or start dating. Of course now that they've both found the person who can give them everything they ever wanted it's not quite as simple as that and it doesn't take long before the lines begin to blur. It was fascinating to see the growing connection between them and I liked that it wasn't all about the sex.

This isn't the kind of story that gives you a happily ever after, or even really a happily for now, but I have extremely high hopes that they'll be able to make things work eventually and I can't wait to get my hands on a copy of the sequel Begging for It. Lilah Pace has tackled a difficult subject with sensitivity, she made me believe in both of these characters and want to see them get the love that they deserve. She's definitely an author to watch out for and her future books will be going to the top of my to read pile.