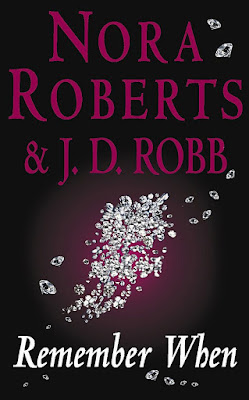 Laine Tavish is an ordinary woman living an ordinary life in the small town of Angel's Gap, Maryland, as the proprietor of Remember When, an antique treasures and gift shop. At least, that's what everyone in Angel's Gap thinks. They have no idea that she used to be Elaine O'Hara, daughter of the notorious con man Big Jack O'Hara. Or that she grew up moving from place to place, one step ahead of the law. Laine's past has just caught up with her, though - in a very dramatic way. Her long-lost uncle suddenly turned up in her shop, leaving only a cryptic warning before dying in the street, run down by a car. Soon afterward, her home is ransacked. Now it's up to Laine, and a sexy stranger named Max Gannon, to find out who's chasing her, and why. The answer lies in a hidden fortune - a fortune that will change not only Laine's life but also the lives of future generations.

And danger and death will surround that fortune for years to come. Until New York City Detective Lieutenant Eve Dallas gets on the case. A thrill-ride of a novel that blends present-day romance and futuristic suspense.

Review:
Remember When is a really clever anthology with two interlinked stories written by Nora Roberts under both of her pen names. First you have Hot Rocks, a contemporary romance with a hint of suspense written as Nora and secondly, set 50 years into the future, you have Big Jack, a futuristic suspense written with Nora's J.D. Robb hat on. Both stories have been sold separately and they can each be read as stand alone stories (although Big Jack is part of the In Death world and will particularly appeal to Eve and Roarke fans!) but I highly recommend reading the two together as it's really fun to see how they entwine despite occurring at very different times. 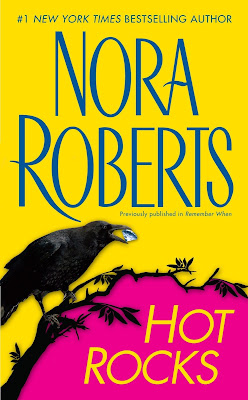 Laine Tavish has worked hard to put her past behind her and get away from her father's criminal roots. She's made a nice life for herself as an antiques dealer in the small town of Angel's Gap, she owns a small but successful store, has great friends and has a good relationship with her mother and step-father. She's kept the fact that her real Dad is a criminal a secret but since she's not seen him for years she figures it's a small white lie that isn't going to harm anyone. Things get a lot more complicated when one of her father's oldest friends comes into the shop, gives her a cryptic warning and then is immediately killed in a hit and run right outside her door. Now it looks like Laine's past has caught up with her but she has absolutely no idea what is really going on.

Max Gannon is an investigator who is trying to track down millions of pounds worth of missing diamonds that were stolen in a heist believed to have been pulled off by Laine's father Big Jack. He's come to Angel's Gap looking for Laine because he believes she might be fencing stolen goods for her father but it doesn't take him too long to realise that she isn't involved. He's not the only person who came looking for and someone believes that Laine has the diamonds in her possession which means her life is in danger. Max vows to keep her safe while also trying to track down the diamonds but it isn't going to be easy.

Hot Rocks was a really enjoyable read, the romance develops quite quickly, especially since Max was lying to Laine when they first met, but it wasn't so fast that it bothered me. I did like that Max admitted his lies and apologised to Laine, it was understandable why he acted the way he had but at least he was willing to own up to his actions. Laine was able to forgive him because she knew he had very good reasons for everything he'd done and I appreciated them talking things through like adults rather than letting a big misunderstanding cause huge arguments and lots of unnecessary drama. The mystery side of the story was good and although I didn't love Big Jack's character (he was far too selfish for my liking) he was charismatic and I could see why Laine had worshipped him as a child. Even though it's part of a series we still get a decent ending to the story so you're not forced to read the second book just to get answers. 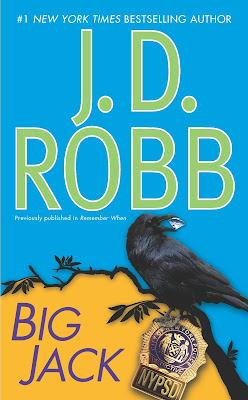 Set approximately 50 years into the future from the end of Hot Rocks, Big Jack focuses on Laine and Max's granddaughter. Sam is an author who has recently published the story of how her grandparents met, including details of the diamond heist and the fact that not all of the diamonds were recovered. She comes home from her book tour to discover her home has been trashed and her house sitter has been murdered. It looks like someone believes that Sam and her family kept the missing diamonds for themselves and now they're willing to do whatever it takes to steal the jackpot. Of course Eve Dallas has been called in to investigate the murders but she quickly realises the key to finding a murderer is to locate the missing diamonds herself.

It's no secret I love the In Death series (that's the whole reason I read these two stories in the first place!) and Big Jack is just as good as you'd expect from a book in this series. You have all the banter between Eve, Peabody and the rest of the team, the swoon worthy romance between Eve and Roarke and of course a murder to solve and diamonds to find. I will never get enough of this series and, as always, this story definitely left me wanting to dive straight into the next one.